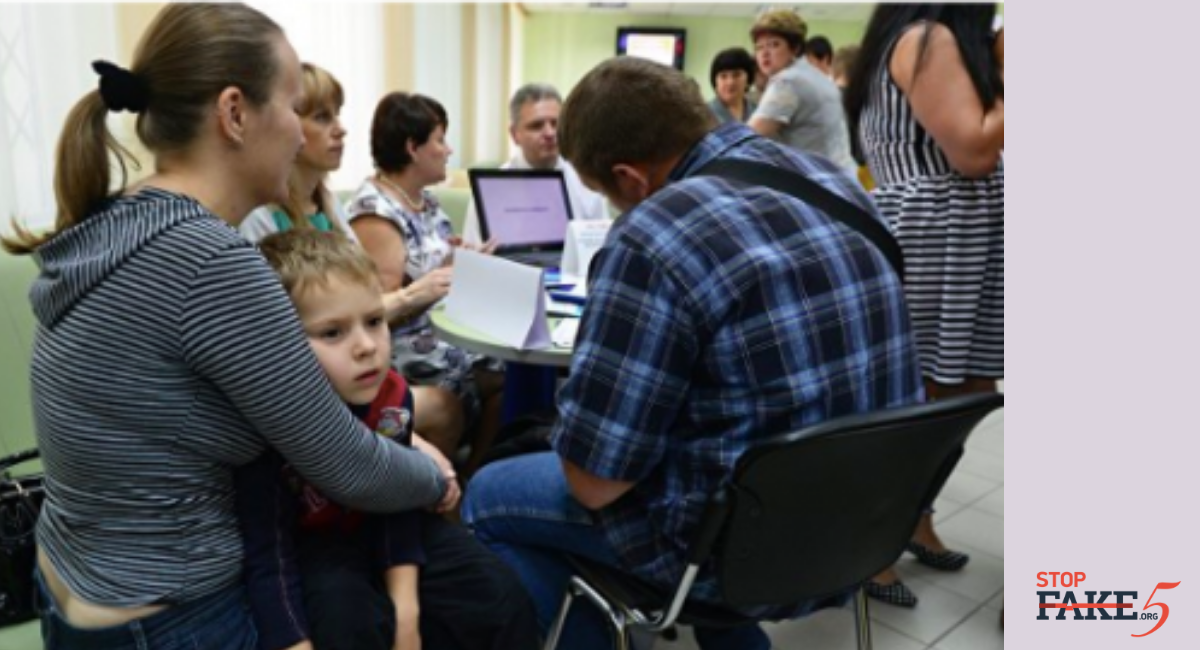 More than half of Ukraine’s  Internally Displaced Persons (IDPs)who left Russian occupied Donbas can’t find employment on Ukrainian territory, reported Russian and Ukrainian media on April 9. These stories refer to a study by Ukraine’s National System for IDP Monitoring but do not provide any links to the actual study itself. They also claim that IDPs can’t are forced to return to the occupied territories because they can’t find adequate housing. 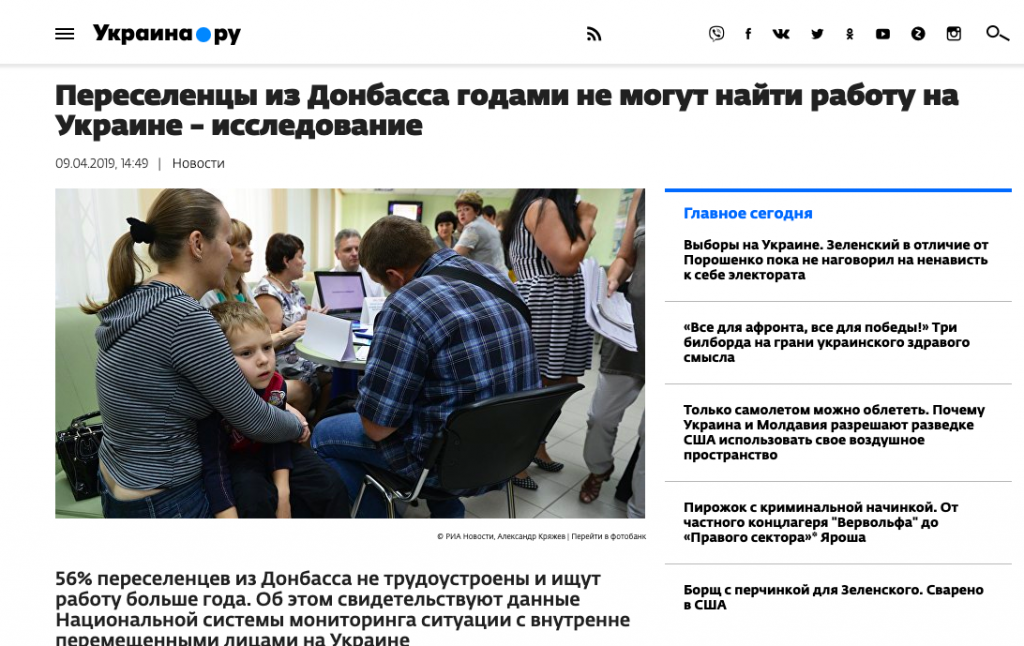 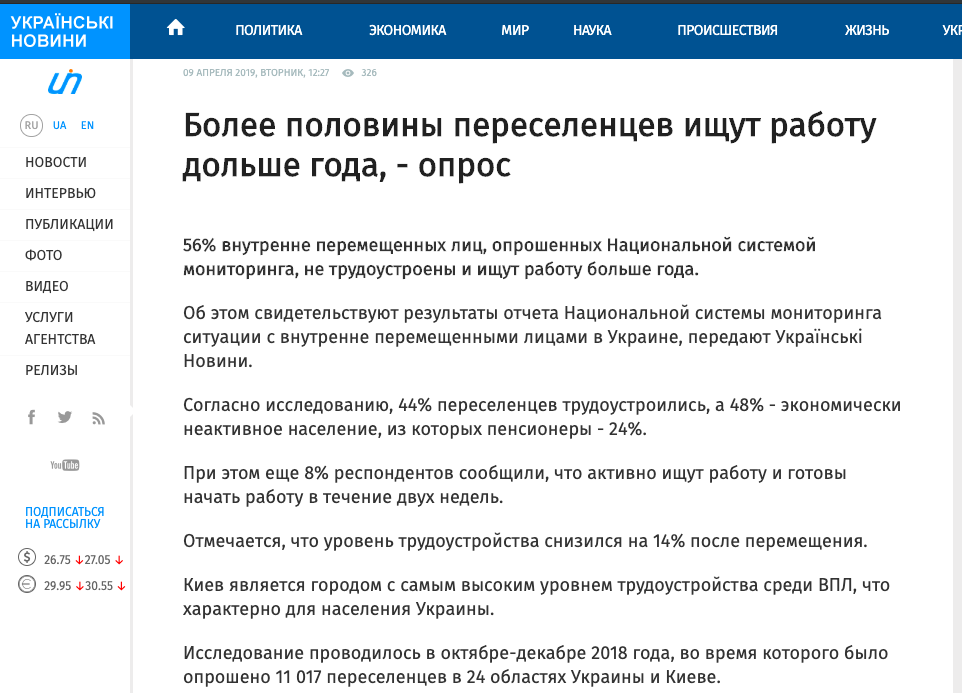 “The study shows that 44% of the IDPs are employed, 48% are economically inactive and 24% of those are retired. Due to the terrible living conditions and housing problems, many displaced people are forced to return to territory outside Ukraine’s control”  Ukraina.ru writes.

Ukraine’s Ministry of Social Policy, the Ministry of Temporarily Occupied Territories together with the United Nations International Organization for Migration presented a study on the problems facing Ukraine’s IDPs. The study is based on focus group surveys, telephone and personal interviews of 6,500 IDPs. Currently there are some 1.6 million officially registered displaced persons. 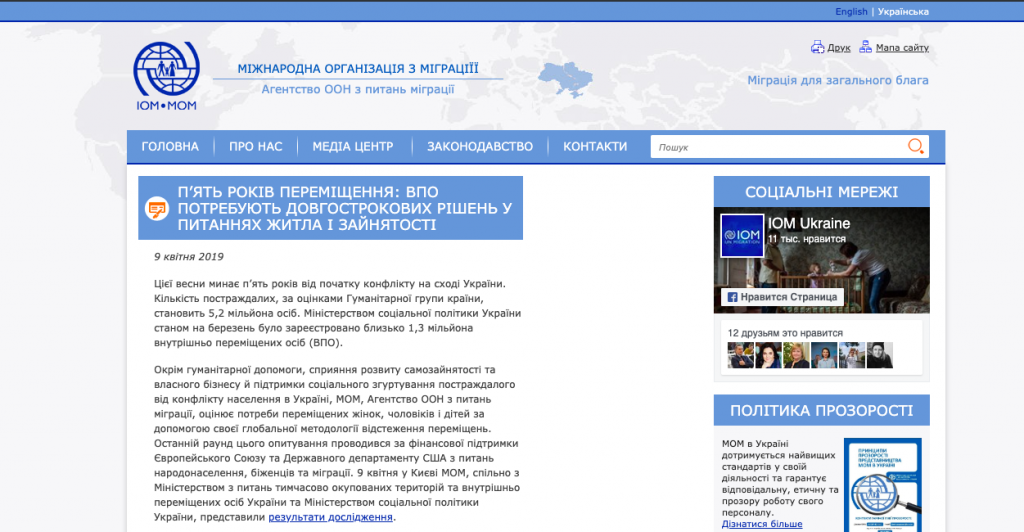 The study addresses employment problems facing Ukraine’s IDPs (pp. 12-14) and finds that the economically inactive population amounted to 48% of those surveyed. The largest share was retired persons or pensioners (24%); 15% were persons who were doing housework, looking after children or other persons in the household, 4% were persons with disabilities, 4% were students and 1% were unemployed but not seeking employment.

According to this latest round of International Organization for Migration surveys, 44 % of IDPs are currently employed, while before displacement about 60 % of those currently uprooted had a job.

Among surveyed IDPs, 52% were economically active, including respondents who were either employed (44%) or actively seeking employment and ready to start working within a two-week period (8%).

IOM has been conducting surveys on the situation of IDPs in Ukraine on a regular basis since March 2016. In this latest, 12th round, conducted in October-December 2018, 2,403 respondents were interviewed personally,  4,044 by telephone.

Pro-Kremlin Russian media presented his survey data in a distorted manner, with Ukrainian pro-Russian sites following suit, inventing catastrophic unemployment figures and creating a dire picture of IDP reality, which even without such scaremongering stories, is already challenging.