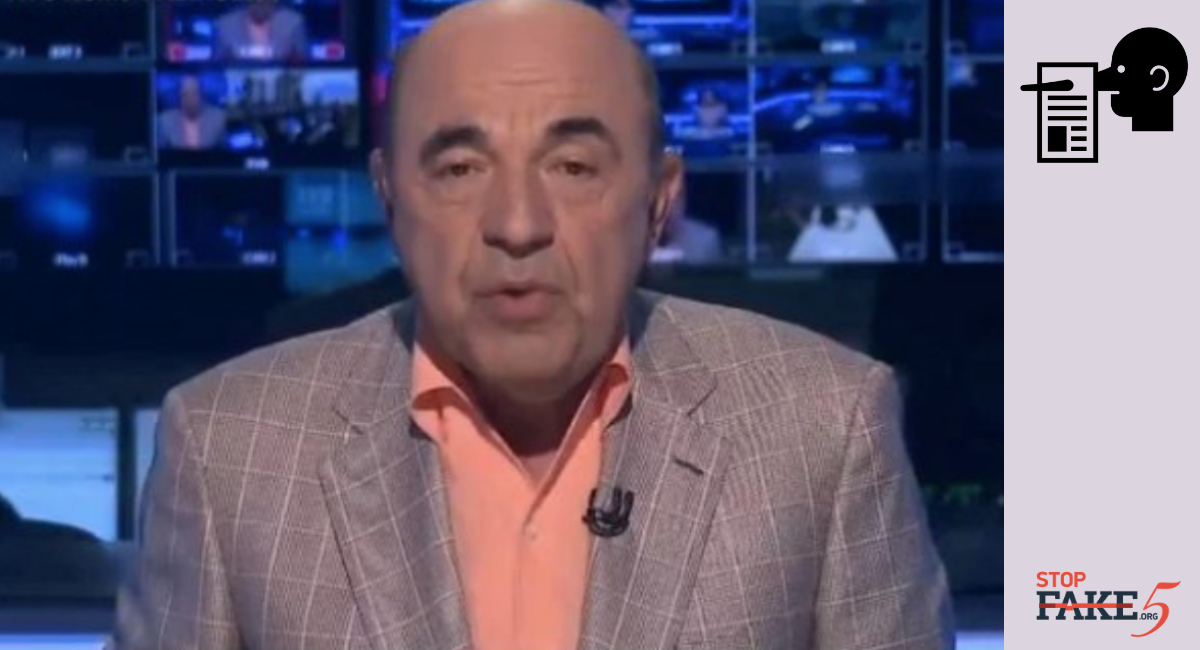 Russian and Ukrainian media were busy this week disseminating a statement made by Ukrainian MP Vadim Rabinovich who said that the International Monetary Fund is not a partner for Ukraine and all negotiations with the IMF are aimed at the destruction of the Ukrainian economy.

This is an often repeated fake characterizing the relationship between the Fund and Ukraine. The IMF’s primary purpose is to ensure the stability of the international monetary system. Ukraine’s reform program supported by the IMF is aimed at restoring macroeconomic stability, promoting sustainable growth and strengthening economic governance and transparency.

In an interview with the 112 Ukraine television channel Rainovich said that the IMF is not a partner for Ukraine but rather its financial doctor who has been healing the country for nearly five years. “As a result of this we have completely killed the economy, we are a hopeless pit of debt, which means that the doctor is a charlatan,” Rabinovich said.

The International Monetary Fund and Ukraine are preparing a new aid program to be ready after a snap parliamentary election to be heldin July. Since Russia’s annexation of Crimea in 2014 and the outbreak of the Kremlin-backed separatist conflict in eastern Ukraine, the MF has supported Ukraine’s war-scarred economy with several aid-for-reforms programs.

Created in 1945, the IMF is governed by and accountable to the 189 countries that make up its near-global membership.

Ukraine signed a memorandum with the IMF in February 2015, without IMF funds Ukraine would be unable to pay off its eternal debts and stabilize the exchange rates, experts say. The reform program is aimed at restoring macroeconomic stability, promoting sustainable growth and strengthening economic governance and transparency. If in 2015 Ukraine’s GDP growth was minus 9.8%, this year it is a positive 2.7%.

If Ukraine did not cooperate with the IMF, most likely the level of its economic development would now be lower, as the IMF provides not only credits but also technical assistance, in particular in the drafting of legislation and regulations.

The last two cooperation programs with the IMF were designed to overcome the consequences of the large scale economic crisis that unfolded in 2014-2015 due to a significant decline in production that resulted from  Russia’s aggression in eastern Ukraine.