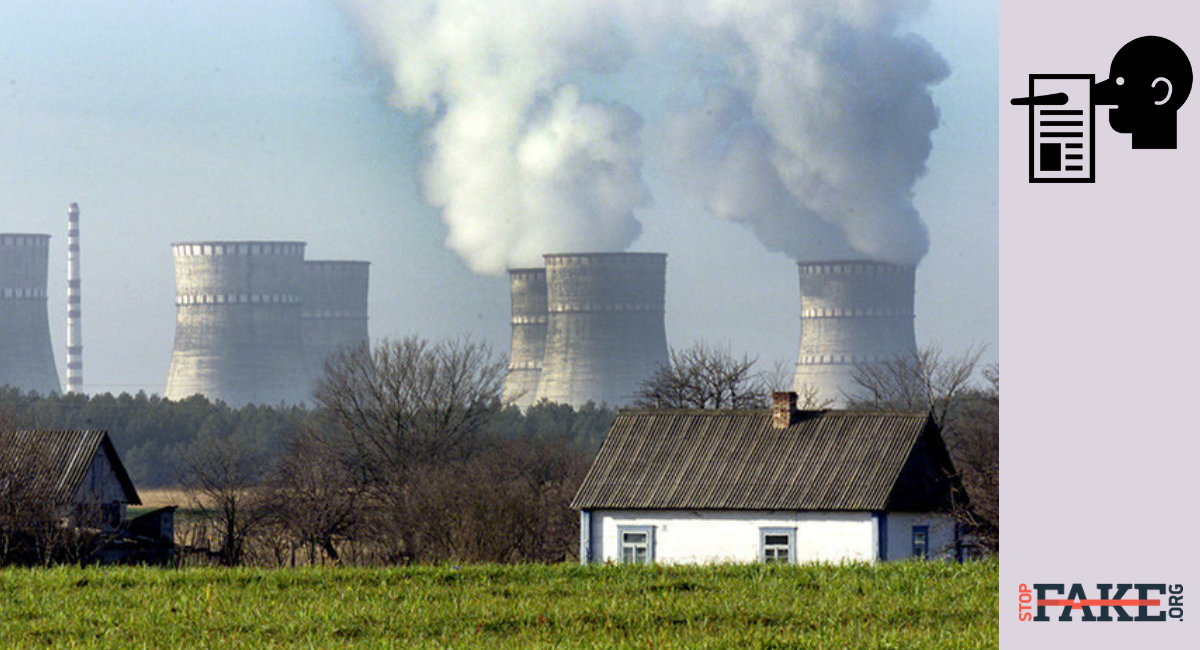 Ukraine is facing an energy famine, declared the pro-Kremlin Moskovskyi Komsomolets newspaper, and because it is facing a nuclear fuel shortage Kyiv will be forced to start closing its nuclear power plants this year. This dire prediction is the opinion of nuclear physicist Igor Ostretsov who is often quoted by Russian media. 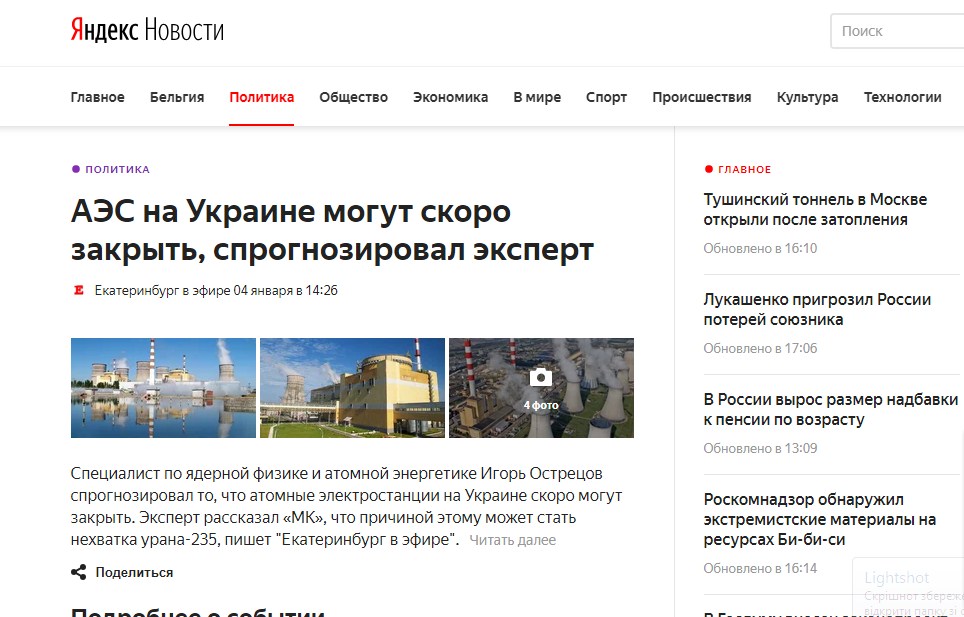 Currently Ukraine’s nuclear fuel is provided by the American company Westinghouse and the Russian TVEL company. Kyiv is increasingly buying more enriched uranium from Westinghouse and reducing its orders with TVEL, whose contract with Ukraine will expire in 2025.

Ukraine’s contract with Westinghouse stipulates that in 2021 at least 50 percent of Ukrainian reactors will be powered by nuclear fuel provided by Westinghouse. The contract also guarantees that should Russia stop supplying Ukraine with nuclear fuel, Westinghouse will step up supply to ensure uninterrupted operation of all of Ukraine’s reactors. Ukraine also currently has a one year stockpile of nuclear fuel.

Moskovskyi Komsomolets also claims that a uranium shortage will soon hit the world’s atomic energy sector. This claim is completely untrue. According to the Nuclear Energy Agency (NEA) based on the planet’s economically accessible uranium resources, reactors could run more than 200 years at current rates of consumption. The Russian journal Atomnyi Expert dedicated to the study of nuclear energy also assures that current uranium reserves are more than enough to meet foreseeable demands.

Ukraine is one of the leaders in world uranium production. Approximately 1,000 tons of uranium are produced in Ukraine annually, some 40 percent of the country’s annual needs. The rest, some 1,500 tons are purchased from American, Kazakh and Russian producers.