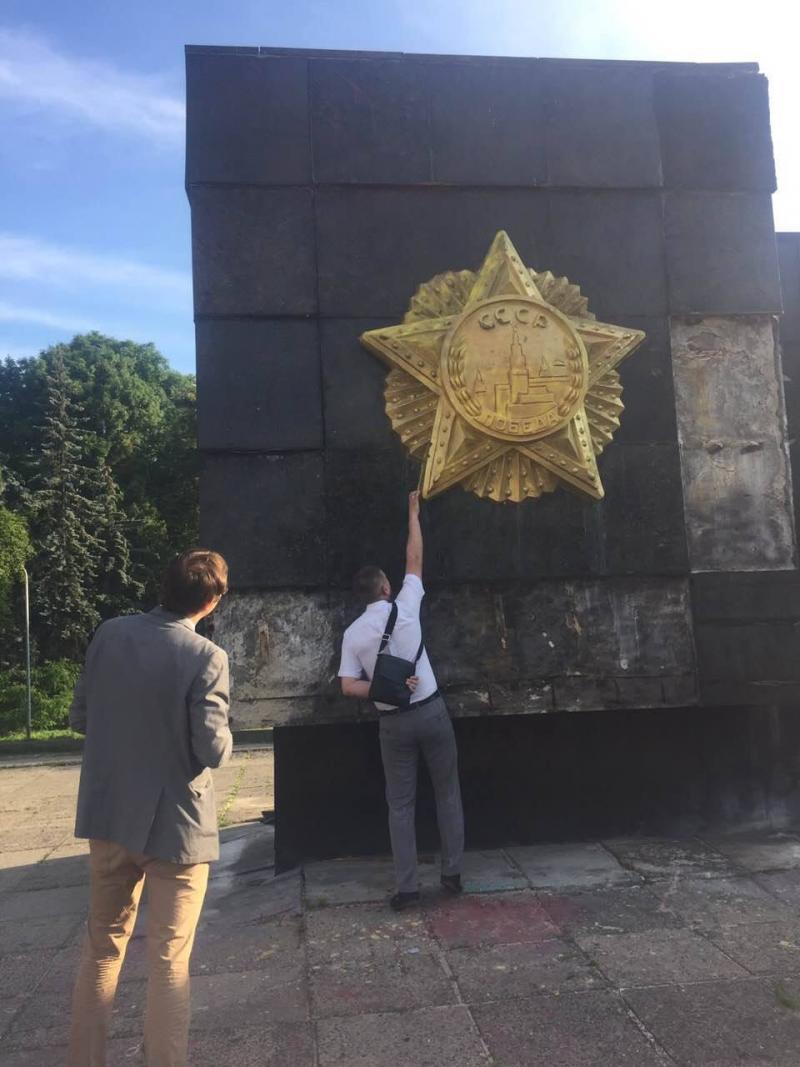 As Ukraine continues the de-communization process that parliament ushered in, removing Soviet era monuments and renaming streets with communist connections, Russian media are awash with fake stories accusing Ukraine of fascism and negating the glory of the Great Patriotic War, the Soviet term for World War Two.

The latest fake in this narrative is about the monument to Soviet Glory during the war in the Western Ukrainian city of Lviv. According to Ukraina.ru, Delovaya Gazeta, Vzglyad, Strana.ru and Korrespondent.net, the monument will be dismantled.

Unveiled in 1970 and officially called the Monument to the War Glory of the Soviet Army, the massive sculpture located in one of Lviv’s favorite parks,  is an unremarkable but grandiose example of  Soviet social realism comprising a marine, tank driver, gunner, pilot, sailor as well as an imposing “motherland” figure blessing the sword of a Red Army soldier.

The monument is not slated to be dismantled according to the Lviv City Hall press office, all the more so because it is a monument symbolizing the struggle against Nazi occupation. The monument has been fenced off because it is in poor condition and granite plates are falling off the main plinth.

The Lviv City Council has called for a committee of specialists to make recommendations within three weeks as to what should be done with the monument. The city’s main architect Julian Chaplinsky says that the city’s residents should decide what to do with the monument. One of the options Chaplinsky spoke of is to turn the entire complex into a museum.

Discussions about the fate of this monument have been going on in Lviv for more than ten years.

Russia vehemently objects to the removal of monuments glorifying the Great Patriotic War which began in June 1941. Russia calls it that to mask the awkward fact that for the rest of Europe World War Two began in 1939 when Hitler invaded Poland. At that time Nazi Germany and Stalin’s Soviet Union were allies. Moscow continued supplying the Nazi war machine for nearly two years until Hitler invaded the USSR in June 1941.

A diplomatic fury ensued in Russia in 2007 when the Estonian government decided to remove the Soviet era Bronze Soldier war memorial from the center of the capital Talinn.