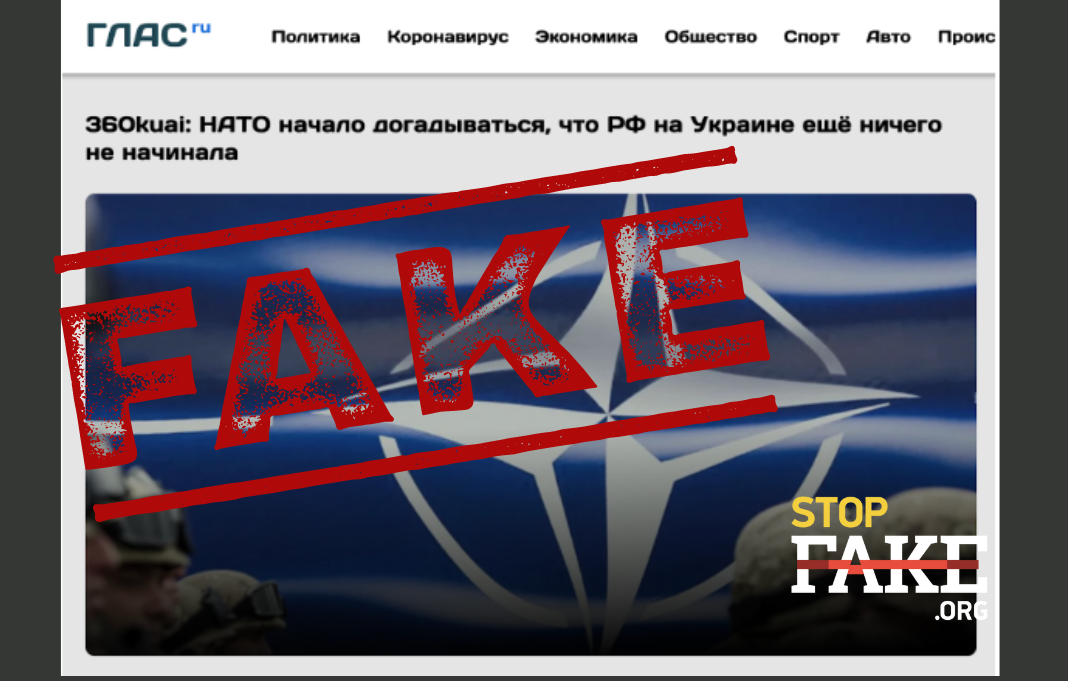 A NATO Defense College report highlights that Russia appears unable to gain victory over Ukrainian forces, but expresses fears that the Kremlin may rebuild its army and accumulate forces to confront NATO countries in the future.

NATO analysts “confirm” that Russia is “using only a fraction of its resources in the war against Ukraine without using its trump cards” – such manipulative articles were the Russian media´s response to the NATO Defense College analysis of Russia’s military invasion of Ukraine. The Russian media, manipulating data from the report and omitting the most important parts of it, stated that “NATO has had an epiphany” and “confirmed” that Russia is “not fighting at full strength” in Ukraine.

“All this confirms Moscow’s stance on the limited scope of the special operation and on clear goals that do not include the destruction of Ukraine. Russia has been saying this since the beginning of the conflict, but the West has stubbornly denied it. Finally, NATO countries are getting what Russia’s actions in Ukraine are about” the disinformation publications claim.

On July 27 NATO Defense College actually published a short analytical report examining Russian war tactics against Ukraine. The main message of the report is that Russia’s lack of preparation for an invasion of Ukraine and the enormous scale of human and material losses of the Russian army should prompt NATO to reflect further on Russia’s ability to recover and to challenge the Alliance’s military hegemony in the future.

Defense College analysts conclude that despite Russia’s current apparent inability to defeat Ukrainian forces, the Kremlin can learn from its mistakes in the future, strengthen its army, and attack NATO countries. Analysts believe that the Alliance needs to actively strengthen its defense, because “Russian strategic ambitions are not limited to Ukraine or Moldova, but can be described as creating a military buffer zone which would include Poland, the three Baltic states, and other countries in Central-Eastern and Northern Europe” the report stresses (p. 1) .

There is no phrase in the analytical report that Russia “is not fighting to its full potential” in Ukraine. On the contrary, the document speaks of a major Russian miscalculation regarding the Ukrainian Armed Forces. NATO asserts that the Kremlin was wrong about Ukraine, because Russian ground troops, airborne units and marines, special operations forces and close air support suffered both personnel and equipment heavy losses. By July-August 2022, Russia may have reached the limit of its capabilities to conduct major offensive operations. Specifically it emphasises that Russia, in preparing to attack the Alliance, is “unlikely to underestimate NATO militaries and the political resolve of Allies in the same way as it misjudged Ukraine’s”(p. 2).

The report mentions that Russia made limited use of some military tactics against Ukraine. Analysts attribute this to Russia’s intentions to retain some forces for an offensive against NATO countries. For example, the Kremlin did not conduct a general mobilization and did not use its nuclear capability, although Russian strategic bombers were used to carry out conventional strikes on Ukrainian territory. It is also noted that Russia has recently begun deploying older weapons for strikes against Ukraine, which may be related both to the gradual depletion of its stockpile of precision-guided munition and to Russia’s planning for war against NATO.

“The Russian stockpile of land, sea and air launched long-range precision missiles, which are of particular concern to the Alliance due to their likely role in Russian war planning against NATO, have been used extensively. While Western officials suggested already in April that Russia may have been low on precision-guided missiles, their remaining stocks are difficult to assess, and Russian forces continue to conduct long-range strikes” the report says (p. 2).

According to Alliance analysts, amid the severe material weakening of the Russian armed forces, the complete breakdown of discipline within the army and the moral problems of the Russian military during the invasion of Ukraine, Russia might resort to other military tactics in a future conflict against NATO. Experts identified three main directions of possible Russian aggression against the Allies: nuclear intimidation, the use of Belarus as a proxy and staging ground for operations, and the intensification of cybercrimes.

The report concludes that “Russia, weakened by the war with Ukraine, will not cease to be NATO’s opponent, but it can turn into a different kind of opponent, with partial evolution of its doctrine, toolbox, and an imposed” adjustment in capabilities. “The realistic aim for Alliance deterrence should be to stay ahead of the Russian recovery and learning curve, and avoid the need to play catch-up ever again” NATO Defense College analysts summarise.