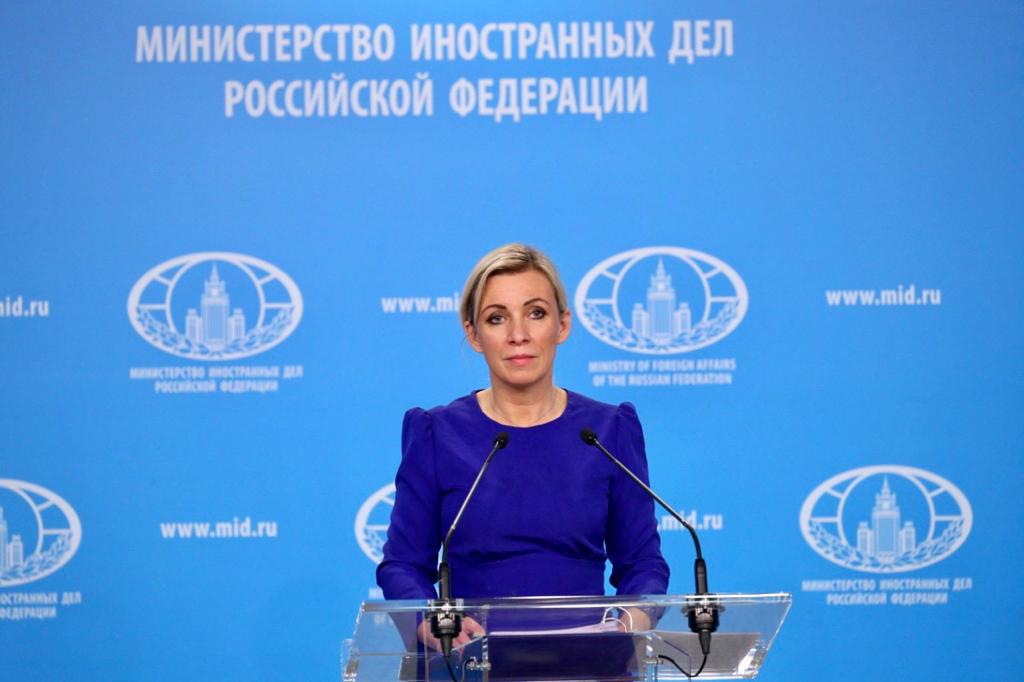 On the website of the Russian Embassy to Poland there was published a part of the transcript of the Russian MFA representant Maria Zakharova’ briefing which took place on 3rd September 2020 in Moscow. One of the question asked during the meeting was: The Prime Minister of Poland Mateusz Morawiecki stated that the responsibility for the star of the WWII lies with Nazi Germany and the USSR. (…) What does the Russian MFA think about such statements of Polish authorities on the 75th anniversary of the Victory in the WWII?

Not for the first time we deal with the attempts by Polish authorities to speculate on the very sensitive for the nations of the former USSR subject of the WWII. Especially active in the media is the Prime Minister of Poland Mateusz Morawiecki, who, in attempt to fulfil his views or political ambitions or to satisfy a part of Polish society that is looking for the answer: “Who is responsible for our military failures?” tries to draw away the public attention from the strategic mistakes of military leaders of pre-war Poland and to shift whole responsibility on the “external forces”, cynically claiming that the war was started by the USSR along with Hitler’s Germany.

Unfortunately, the Russian Federation for years has been falsifying the history of the WWII claiming that the USSR’s role in it was only that of the Nazi Germany’s victim who undertook the great effort to liberate Europe from the German occupation. In order to do so, they manipulate the date of the start of Soviet involvement in war by claiming that it started in June 1941. There is even another name invented for it – Great Patriotic War – that is spread in former USSR republics. Thanks to this, Russia tries to avoid the debate about the events of 1939 and about its role in the beginning of the WWII. Everyone who tries to remind joint war preparations of the Third Reich and the USSR becomes the enemy. Inevitably, such enemy in the historical debate is Poland which was the first victim of joint aggression of the allied regimes. Every Pole knows the dates of the 1st and the 17th September and perfectly knows what do they mean for their Homeland. First of all, the alliances that Poland had made before the WWII  should be reminded. It is very popular to blame the UK and France for not fulfilling them. Nowadays, this argument is often brought in the subject of Polish military alliances in the frames of the NATO. We frequently hear the phrase about so called exotic alliances – pointing out that the alliances should be constructed with close neighbours, especially those with superpower ambitions, because such alliances are the surest and we can easily expect neighbour’s help in the case of a threat. Implicitly it means of course Russia, because alliances with Ukraine or Baltic states are also “exotic”, as they are no superpowers. However, the year 1939 verified this thesis. It is worth reminding. In July 1932 in Moscow the pact of non-aggression between Poland and the USSR was signed. In July 1934 the pact was prolonged until the 31st December 1945. It is clearly visible that it was active in September 1939. What did it include? The article 1 forbid both sides mutual aggression, both alone or joint with the third party. As aggression, it understood every violent act against the integrity and inviolability of the territory or political independence of the other party, even if such actions would be taken without proclaiming the war and without any manifestations of it. The article 2 obliged parties to not help or support the aggressor, also indirectly. The article 3 forbid the parties to take part in agreements openly hostile from the point of view of the aggression for the other party.

It is worth noticing that this alliance was confirmed on 2nd June 1939 by the newly appointed ambassador of the USSR to Poland Nikolai Sharonov. Already in the August 1939 the pact was broken by signing of the secret protocol to the Ribbentrop-Molotov Pact, which assumed eradication of Poland. At night 16th-17th September 1939 the deputy commissioner of foreign affairs of the USSR Vladimir Potemkin summoned the Polish ambassador to Moscow Wacław Grzybowski and tried to give him the note signed by the president of the Council of People’s Commissars Molotov in which it was stated that Poland ceased to exist, therefore all the treaties between Poland and USSR lost power:

In view of this state of affairs, the Soviet Government has instructed the higher command of the Red Army to order troops to cross the frontier and take under their protection the lives and property of the population of Western Ukraine and Western Belarus.

At the same time the Soviet Government intends to take every measure to deliver the Polish people from the disastrous war into which they have been plunged by their unwise leaders and to give them an opportunity to live a life of peace.

As we see, Russian authorities believed so deeply in Soviet propaganda, that on 81st anniversary of the USSR aggression on Poland they repeat literally Bolsheviks’ thesis:

Prime Minister of Poland Mateusz Morawiecki (…) tries to draw away the public attention from the strategic mistakes of military leaders of pre-war Poland and to shift whole responsibility on the “external forces”, cynically claiming that the war was started by the USSR along with Hitler’s Germany.

A lot had to change, so nothing changes in Russian diplomacy.