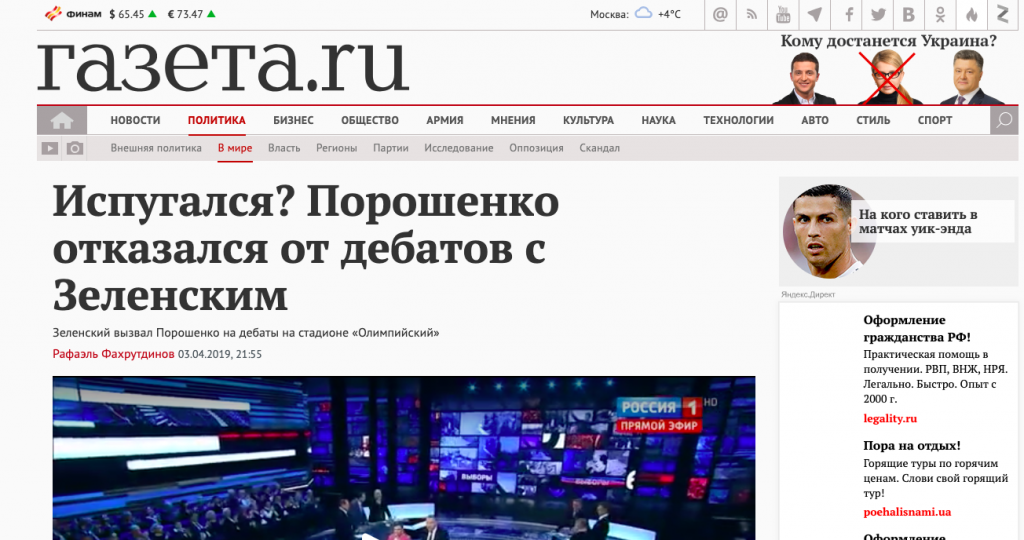 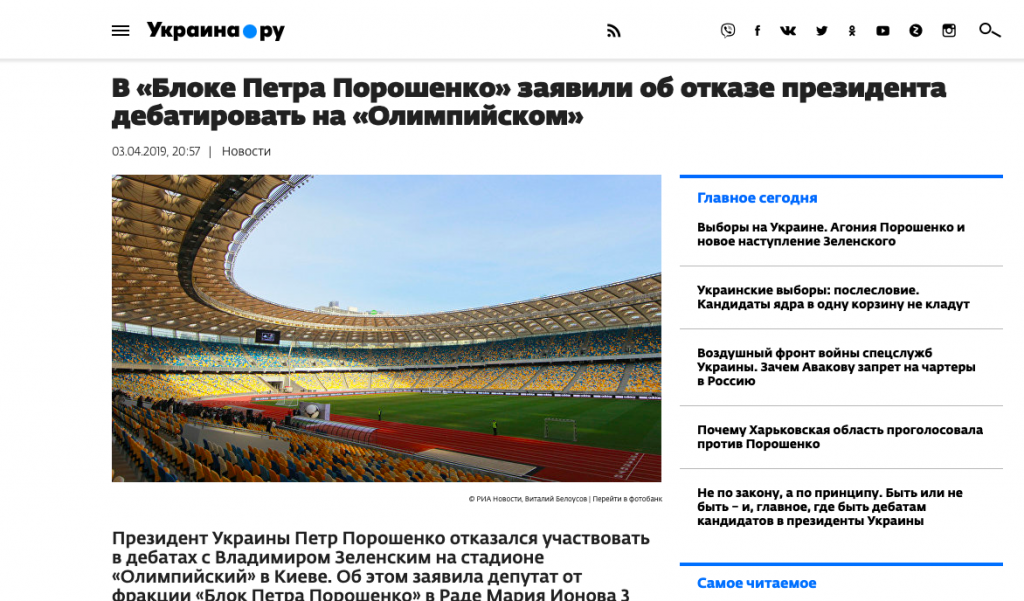 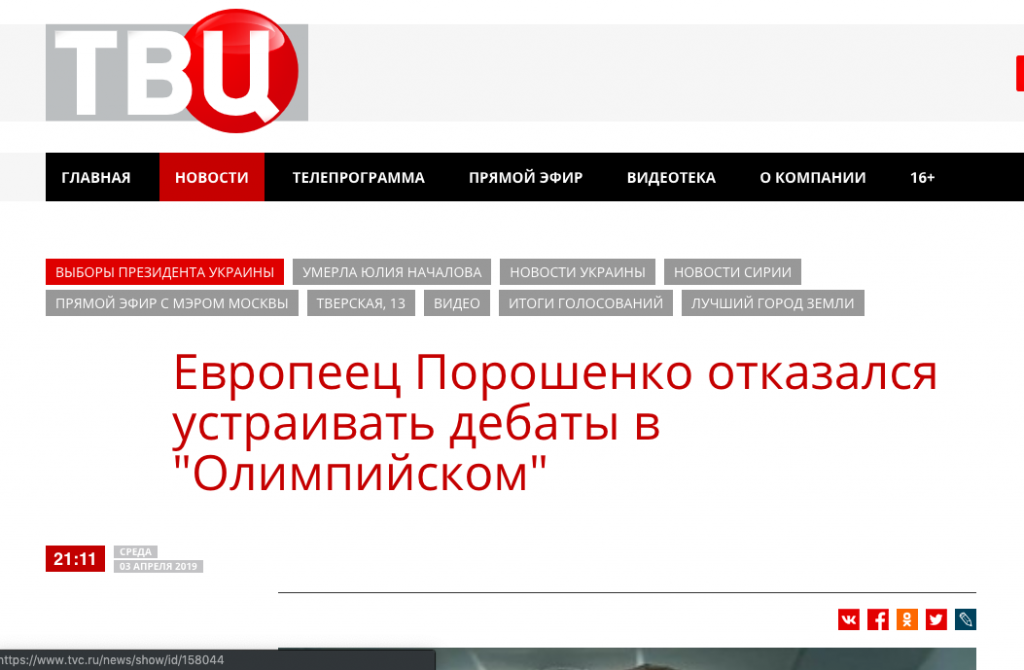 These fakes appeared after Volodymyr Zelensky aired a video calling on President Poroshenko to debate him in the Olympic, the country’s largest sports stadium. Russian television channels enthusiastically played Zelensky’s video on their endless talk shows, with scores of talking heads gleefully speculating that Poroshenko would not take up the challenge.

President Poroshenko is the one who initiated the discussion about presidential debates in the first place. As soon as exit poll results were announced on Election Day March 31, Poroshenko called Zelensky to debate him. “A debate between the two leading candidates is a key element of the election. If a candidate evades debating, it means he has nothing to say” Poroshenko said.

On April 2, two parliamentary deputies from the Poroshenko bloc submitted a draft law on mandatory debates on the eve of the second round of presidential elections. Iryna Herashchenko, one of the MPs submitting the draft, proposed the same bill to Ukraine’s previous parliament in an effort to force now ousted Viktor Yanukovych to debate Yulia Tymoshenko, his opponent in the 2010 presidential elections.

Olympic stadium management says they have not received any official requests to hold presidential debates in the stadium.