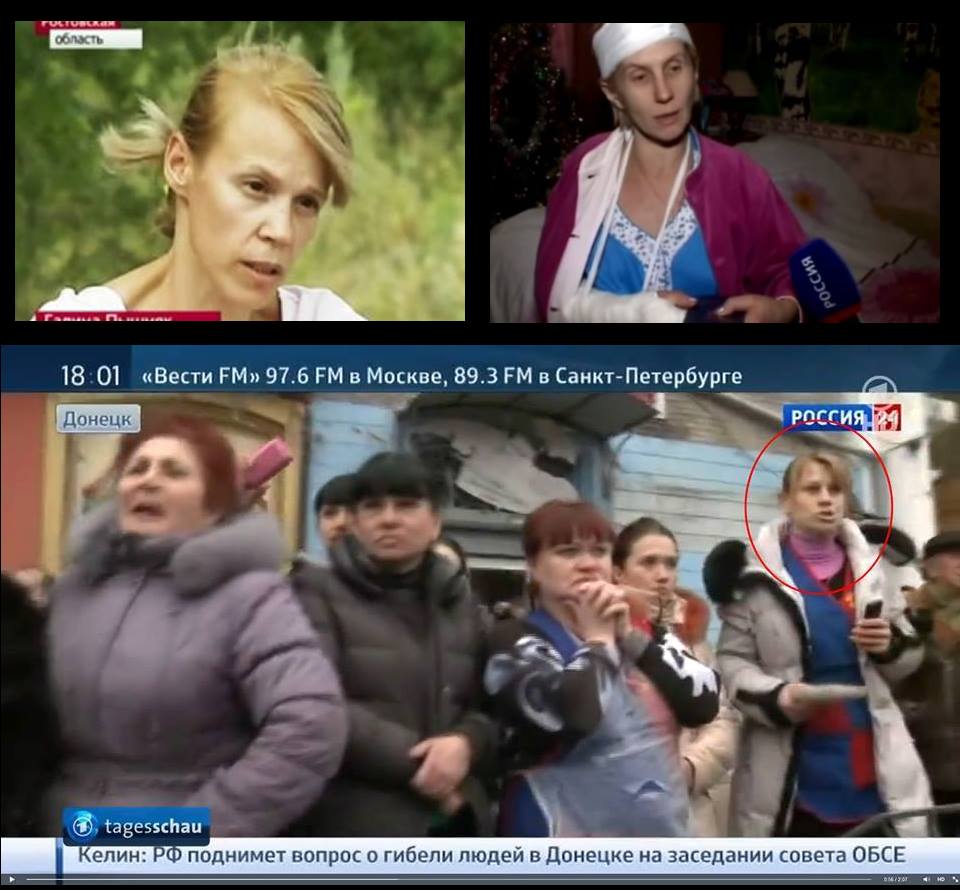 January 23, user Andrei Shipilov posted a collage of three frames from Russian news channels reports on his Facebook page. He added the following caption: “The top left picture has Russian television actress Galina Pyshniak talking about the boy’s crucifixion in Sloviansk. Top right picture shows her as a victim of Volnovakha shelling in a Russian news report. Bottom picture shows her on 22nd of January in Donetsk, near the destroyed trolley bus, where she plays a witness and a worker of a store nearby.” Shipilov called other social networks users to spread his collage.

The post received over 11 thousand reposts within two days.

Ukrainian news agency UNIAN highlighted it in their news report.

Some websites also reported the “actress”.

In fact, these are three different women, who look alike. Let us check these three videos. Here is Galina Pyshniak, telling about the alleged “boy’s crucifixion” (heroine-1).