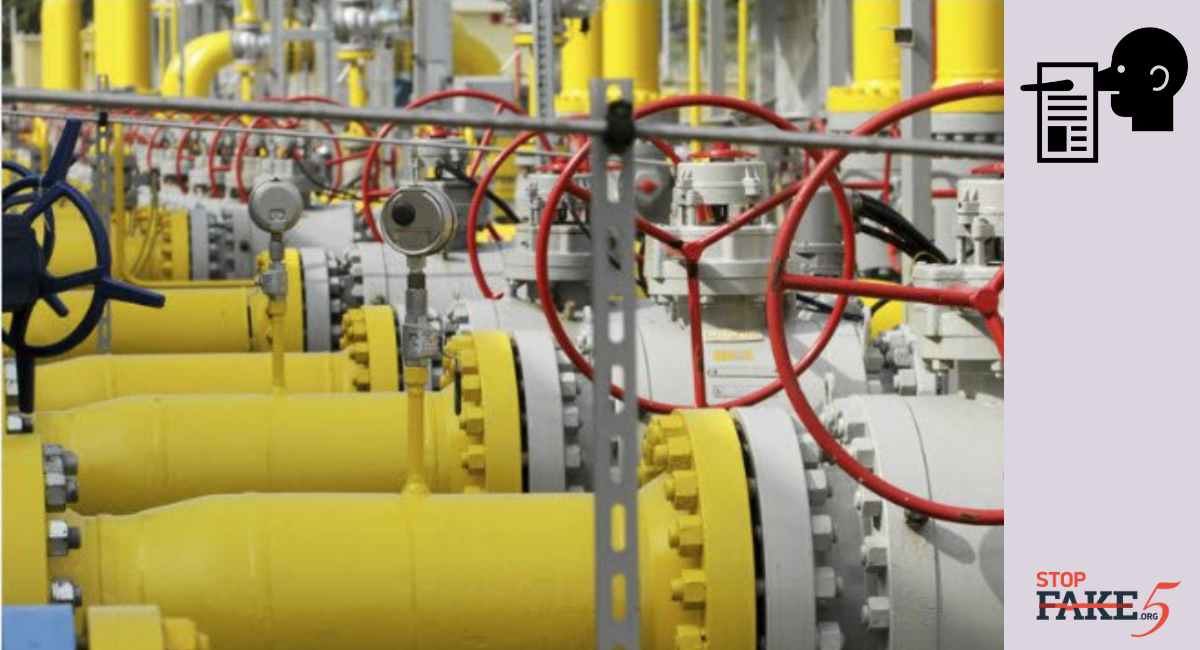 Russian media has been eagerly disseminating a claim by a Ukrainian MP that Ukraine allegedly buys European gas at a much higher price than its real value. In fact gas is bought and sold on the commodity market through open bidding. Currently the price of gas has dropped significantly due to the warm winter and a glut of liquefied natural gas and as a result, Ukraine’s state gas company Naftogaz has reduced the price of gas for industry by eight percent with reductions for consumers coming in July.

Not only does Russian media claim that Ukraine is buying European gas for inflated prices, it does so at the insistence of the IMF.

In March 2019 Naftogaz disputed  two opposition politicians’ claims (Yuriy Boyko and Viktor Medvedchuk) that the price of Russian gas they had seemingly negotiated for Ukraine with Moscow  was lower than what Ukraine currently pays for gas from Europe. In fact, the gas Ukraine currently buys in open bidding in the EU is cheaper than the price Boyko and Medvedchuk say they negotiated, Naftogas pointed out.

Due to falling gas prices on world markets, Naftogaz will reduce the price of gas by eight percent in June, to be followed by further reductions in July.

The situation with falling gas prices dispels many myths about the price of gas noted Karel Hirman, an energy expert and member of the Strategic Advisory Group for Support of Ukrainian Reforms.

One of those myths is that Ukraine imports Russian gas. Ukraine imports gas sold by various European traders. Some of that gas could physically be from Siberia, but its price and availability is determined on the trading floors of European energy hubs and not in Moscow, says Hirman.

As for the claim that Ukraine is forced by the IMF to buy gas at a higher price, this is also completely untrue. As Finance Minister Oksana Markarova recently told the Interfax news agency, Naftogaz’s recent decision to lower the price of gas for the Ukrainian population reflects market pricing and therefore is compliance with Ukraine’s IMF obligations.