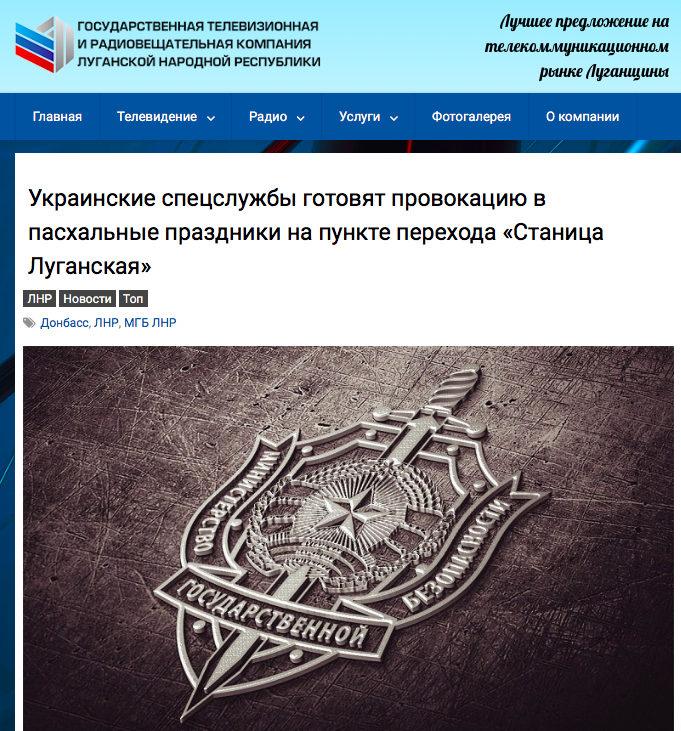 Media from Ukraine’s Russian occupied eastern territories were awash with news items claiming Ukraine’s security forces and border guards were readying “provocations” to be unleashed at the far eastern Stanytsia Luhanska checkpoint over the Easter weekend of April 7-8.

There is no other source for this claim except for the so called Luhansk People’s Republic State Security Ministry’s warning. 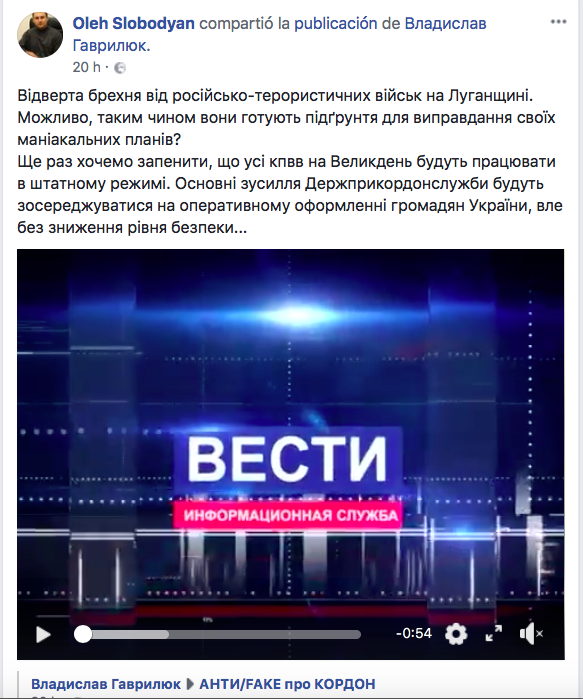 Ukraine’s State Border Guard Service spokesman Oleh Slobodyan called this claim an outright lie and said there were never any plans to close the Stanytsia Luhanska checkpoint. “All our checkpoints will be open as usual over the Easter weekend,“ Slobodyan said.