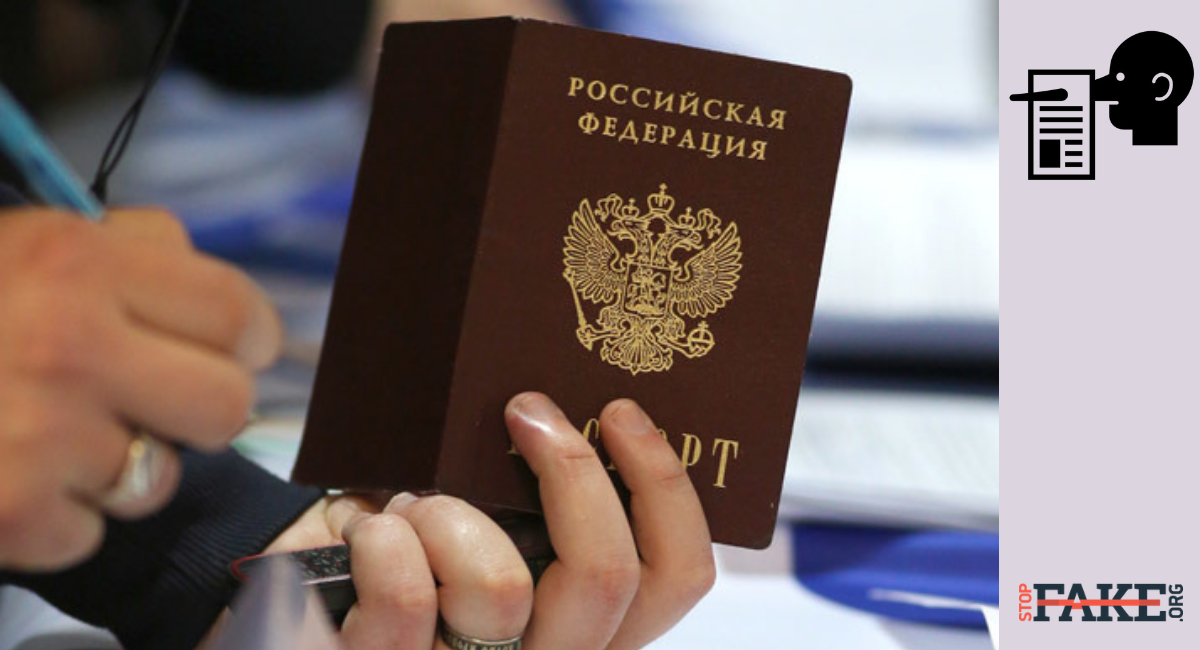 The publication Politnavigator went even further and claimed that Ukraine was about to root out Russians with Russian passports.

Russia’s Foreign Ministry spokeswoman, the acerbic Maria Zakharova also reacted to the fake Russian story by accusing Ukraine of discrimination. She called the alleged future hunt for Russian passport holders a “blatant violation of the rights of Ukrainian residents on the basis of ethnic origin”.

It’ s amazing that the foreign minister of a country that declares it wants to reach certain standards in the field of human rights protection and democratic freedoms, would make such discriminatory statements,” Zakharova said.

Russian media have distorted the subject of dual citizenship many times with scare stories claiming that Russian passport holders would be singled out and punished by the authorities.

This time the claims are completely false because Minister Klimkin never said what NTV and others claim he said.

On October 30 Klimkin delivered an address in Lviv during a security forum, during which he touched on the topic of Hungarian passports being issued to Ukrainian citizens. He said the issue of dual citizenship should be discussed and that holders of dual citizenship should not hold leadership positions in the civil service and the military. Any country but Russia could be part of that discussion, as Russia has unleashed a war in Ukraine and annexed Ukrainian territory, Klimkin said.

“We cannot talk about dual citizenship with Russia at a time when we are at war with Russia. Those who have Russian citizenship, should surrender it. All others, are up for discussion. Dual citizenship can be had only under very clear conditions,” Klimkin said.

Klimkin never said that Russian passport holders would be rooted out. This story is another manipulation by the Russian propaganda machine with the Foreign Ministry adding its two cents worth for good measure.