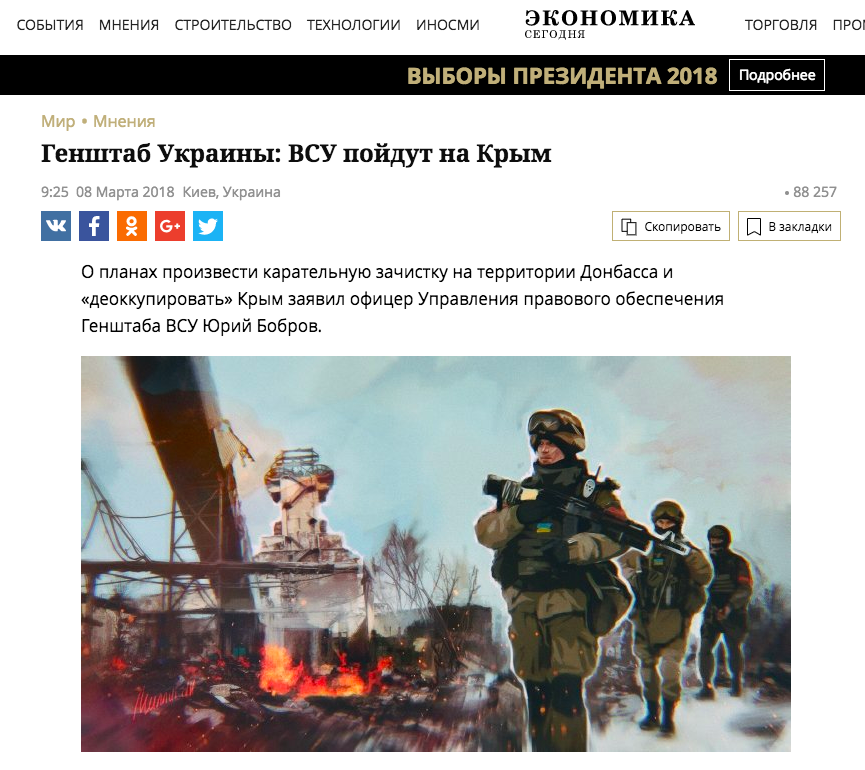 Russian media launched a series of stories this week claiming that Ukraine’s military command announced a punitive campaign aimed at cleaning up Russian occupied Donbas and an offensive against Crimea. The source for this fake story cited by all media who disseminated it is an officer from Ukraine’s Military General Staff Colonel Yuriy Bobrov who held a briefing in Kyiv on March 6 to discuss Ukraine’s new law on reintegration of the Donbas and de-occupation of Crimea, Ukraine’s peninsula that Russia annexed in 2014. Not at any time during the briefing did Bobrov speak about a campaign or an offensive. 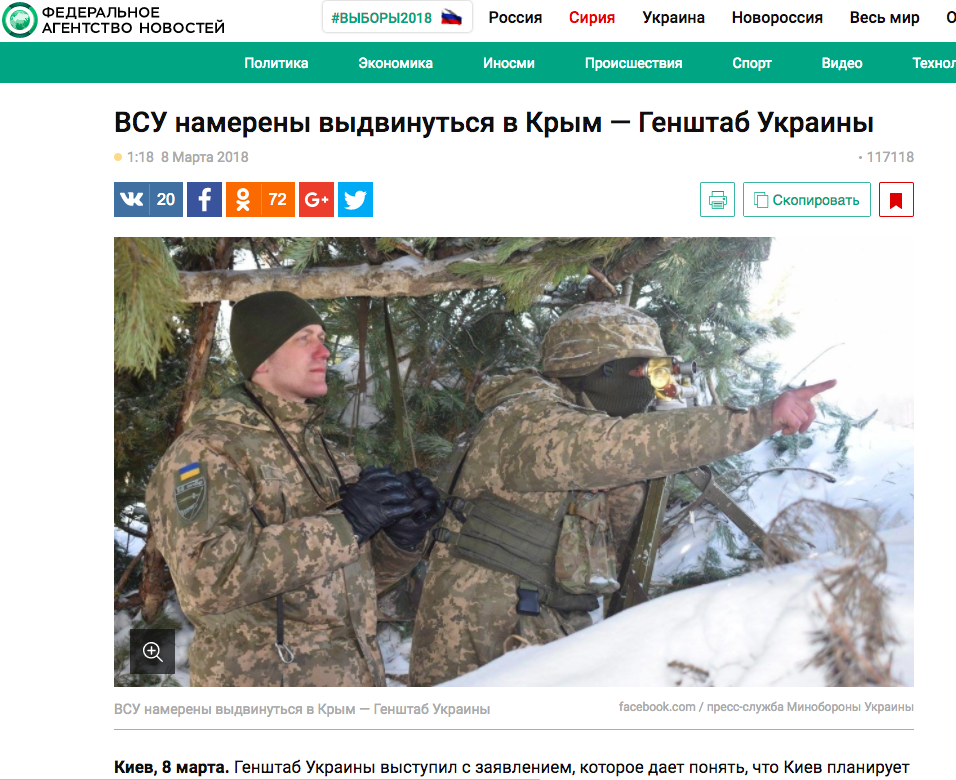 During the briefing Bobrov explained that Ukraine’s anti-terrorist operation, as the war in Russian-occupied Donbas is called by Kyiv would continue during the reintegration process, but he pointed out that these are separate operations with different goals. Russian media completely ignored Bobrov’s explanation and declared that the Donbas operation would be purely punitive.

Colonel Bobrov explained that the new law aimed at reestablishing Ukrainian sovereignty in the occupied territories went into effect February 28, 2018. Eight working groups of legislators are currently preparing amendments to 78 existing laws that need to be enacted in compliance with the new law on reintegration.