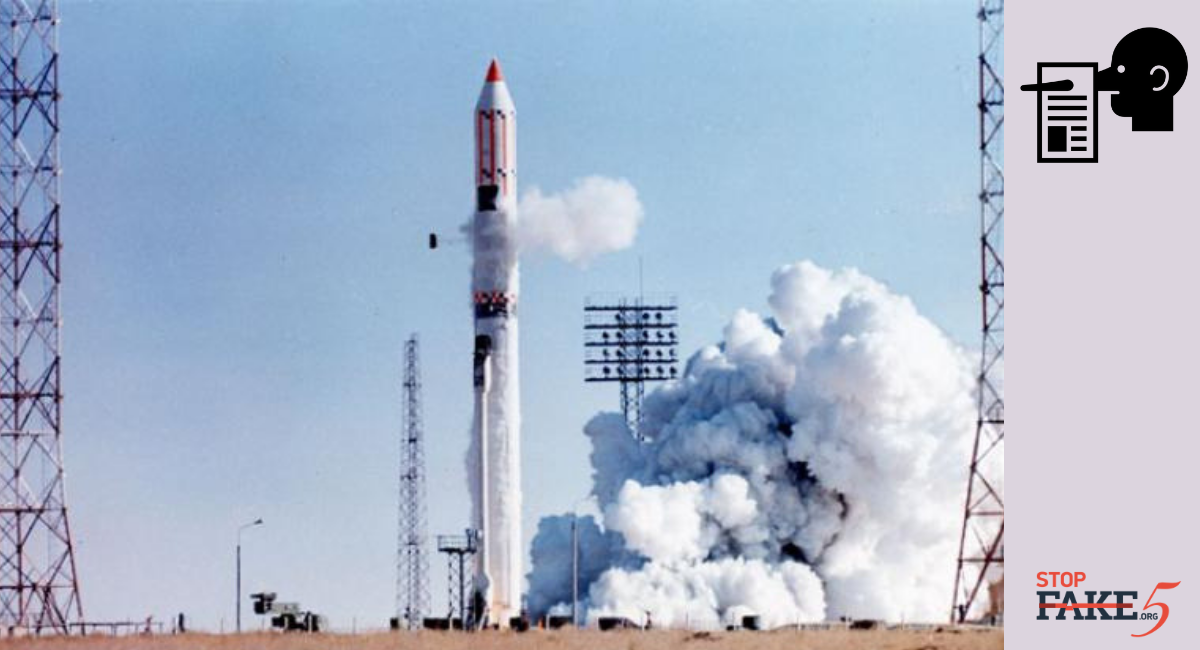 The Russian newspaper Vzglyad is once again trying to show that Ukraine is incapable of accomplishing anything without Russia, especially in the field of space research. Ukraine has no contemporary accomplishments or achievement in this field, all it has is the Soviet space legacy, Vzglyad gloats. 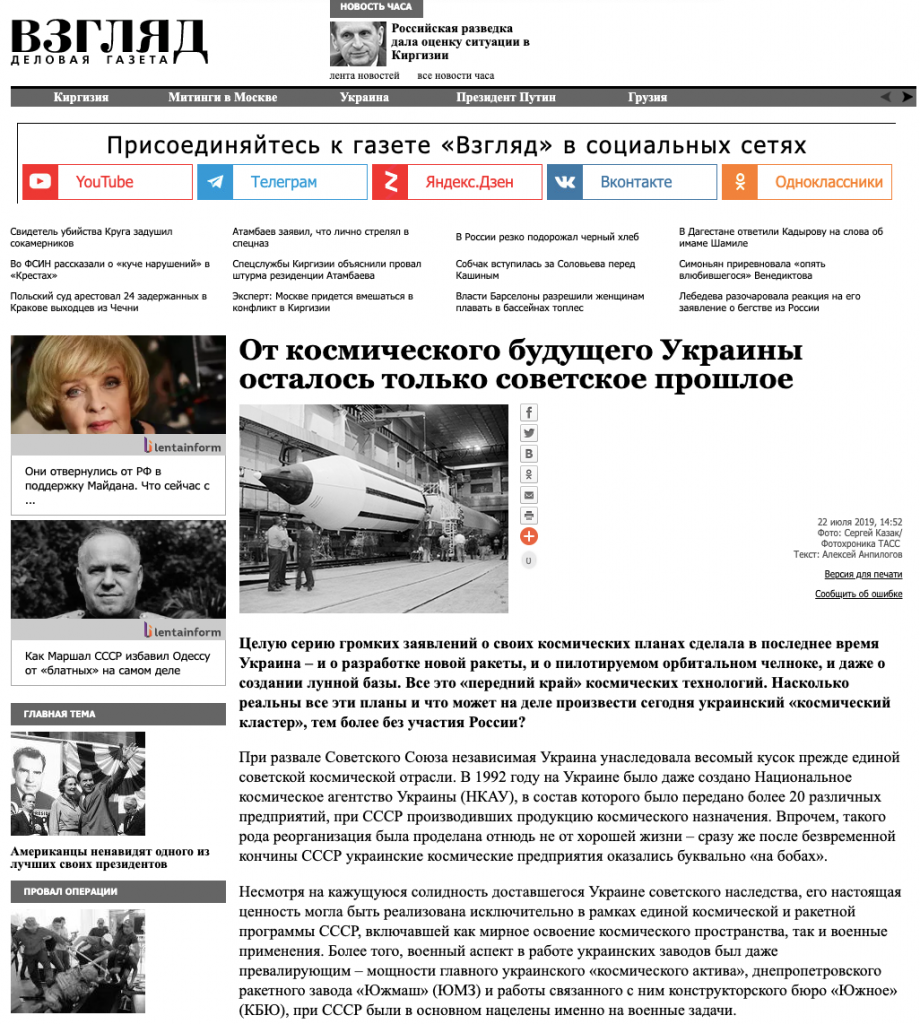 In fact, Ukraine’s space industry is doing quite well. According to Ukraine’s Space Agency, Ukraine is currently cooperating on space related projects with 30 countries, between 1991 and 2018 Ukrainian companies produced 158 launch rockets. Ukraine also participates in the Antares expendable launch missile systems and  the VEGA European carrier program for small satellites.

The Vzglyad article repeats many familiar propaganda narratives – that Russia supported Ukraine’s space industry even through the lean 1990s.

Ukraine’s National Space Agency was never all that successful, Vzglyad claims, and those projects that they do have are simply modifications of Soviet military missiles.”

Using open sources the fact checking site Slovo I Dilo created an infographic which shows the number of launches made using rockets produced by Ukrainian companies. From 1991 through 2018 158 launches were carried out using Ukrainian made launch missile systems. Over the years three to 13% of all rocket launches throughout the world were done with Ukrainian made launch rockets.

Vzglyad may claim that it was Russia who was the mover and shaker of the Soviet space program, but it was Ukrainian scientists who laid the foundation for the program. Yuriy Gagarin may have been the first man in space, but he was launched into space by Ukrainian born aeronautical engineer Serhiy Korolyov.

Vzglyad also mentions the nullification of an agreement with Ukraine and Brazil on the Cyclone-4 carrier rocket for commercial satellite launches project which allegedly happened because of Ukraine. StopFake has already debunked this yarn, as it was Brazil who chose not to continue the project.

In 2017 Ukrainian businessman Maksym Polyakov bought the American company Firefly Space Systems and created Firefly Aerospace, setting up the company’s research center in Dnipro. Firefly Aerospace became the second company after Elon Musk’s SpaceX to be granted exclusive rights from the US State Department to use spaceports to launch light launch vehicles.