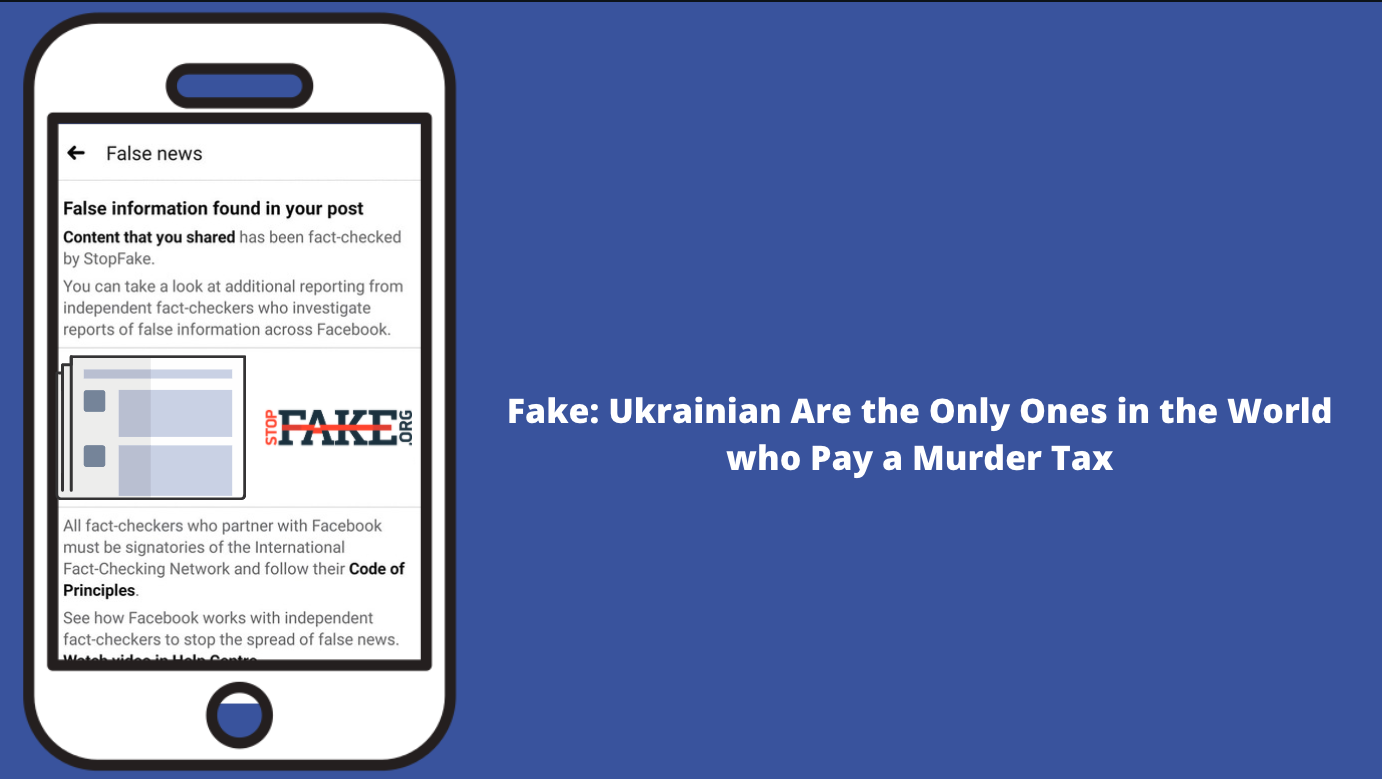 Ukraine introduced a war tax in 2015. Is there still a country in the world where people pay for the killing of their own people, ask several Facebook trolls.  Russia’s Federal News Agency meanwhile claims that there is no such thing as a war tax in Ukraine but the government is indeed poised to enact such a tax. Both claims are false, military fees or war taxes are a widespread practice throughout the world and Ukraine has had such a tax since 2014.

Ukraine introduced a military tax in the summer of 2014 in the wake of Russia’s annexation of Crimea and its aggression in eastern Donbas. After Ukraine’s president Viktor Yanukovych fled to Russia, Ukraine’s treasury was nearly empty and its armed forces greatly reduced and in disarray. The military tax was presented as a temporary levy which was extended pending the completion of Ukraine’s military reform. A tax of 1.5% is levied against each taxpayer’s income, pensioners and low income people are exempt.

In their eagerness to produce ever new fakes intended to compromise Ukraine, Russian propagandists have become muddled in their very own fakes claiming that the April anti-crisis legislation signed by Ukrainian President Volodymyr Zelensky into law in May is as an introduction of new taxes to finance the war and the fight against Covid-19. In fact the law provides tax and administration relief for businesses during the coronavirus pandemic. In particular the law states that doctors are exempt from paying taxes during the coronavirus lockdown and state unemployment benefits are not subject to personal income tax and the military levy, so contrary to the troll claims no new taxes are being introduced, but rather existing ones are being reduced.

The introduction of a special military levy or increasing income taxes because of military conflict or war has been used by many countries and at different times. Many western countries introduced additional taxes on the population during wartime. Similar tax practices are currently in effect in Syria, Cyprus and Russia, which spends billions on inciting and supporting military operations in different countries.

As for Russia’s endless claims that Ukraine is murdering its own citizens and the war in Ukraine is a civil war, they have been exposed as lies by the world community many times over. Ukraine has repeatedly cited evidence of Russian participation in the war in eastern Donbas.  In January 2017 Ukraine filed a lawsuit with the United Nations International Court of Justice to hold Russia accountable for acts of terrorism and discrimination against Ukraine. The court papers filed include hundreds of pages of facts about Russian aggression, evidence of the illegal annexation of Crimea and the occupation of eastern Donbas. In addition in April 2018 the Parliamentary Assembly of the Council of Europe officially recognized Russia as guilty of the occupation of Ukraine’s Donbas. Since 2014 the US, the EU and a number of other states have supported a series of sanctions against Russia because of Moscow’s aggression against Ukraine.