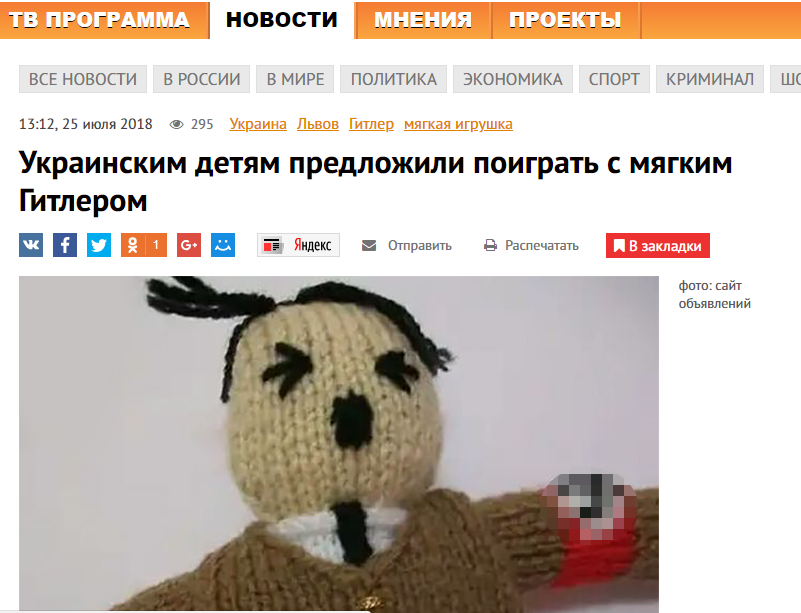 At the end of July the Kremlin propaganda machine came up with a new fake that even surprised the seasoned StopFake team. Ukrainian children are forced to play with a stuffed Hitler toy. Lviv children’s toy companion – a knit Adolf Hitler, hailed Ukraina.ru, Lenta.ru, RIAfan, Izvestia, Pravda, Vzglyad, LifeNews and others.  Several Bulgarian and Uzbek news sites followed suit and reprinted the fake.

One of the first to run with this fake was the Kremlin stalwart Ukraina.ru, which claims that the Ukrainian site Olx.ua is selling a “stuffed toy of the great German leader Adolf Hitler”. The story features a screenshot of a Hitler like knit figure, complete with a tiny black moustache and swastika. The hyperlink featured in the story does not take you to the Hitler figurine, but rather to the Olx general site. A search of the site using Ukraina.ru’s description of the toy comes up with the response “nothing found to match your description”. Lenta.ru claims the Olx site deleted the announcement for the toy on July 25, but it can still be found in Google cache. Google however draws a blank. 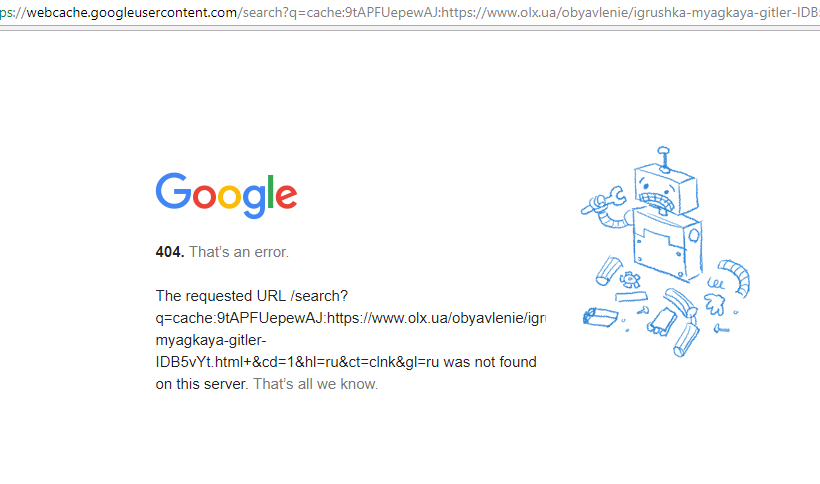 Vasyl Rybnikov, a journalist from the Censor.Net website decided to get to the bottom of this story and discovered that the bottom lies in Russia.

Rybnikov punched in Hitler on the Russian classified advertisements website Avito.ru and found 1500 references. Typing in Hitler toy he found the picture of the tiny knit Hitler used by Ukraina.ru, Lenta.ru, Izvestia and others to illustrate their fake story.

The Hitler doll is the knitted creation of a Russian woman living in Moscow who advertises her wares on the Avito site. The Hitler doll is not Nazi propaganda, her advertisement assures and features photos of other tiny crochet dictator dolls, Stalin, Mussolini and even Che Guevara.  She throws in a knit Churchill for good measure and promises to crochet any celebrity you want and even deliver the goods to a Moscow metro station or send your chosen doll through the post. All for 1500 rubles, at today’s exchange that’s 22 dollars and 39 cents.

On another Russian web site called Livemaster, the same knit Hitler doll with the same disclaimer of ‘this doll is not Nazi propaganda’ sells for $52.34.

The 42 centimeter cotton and wool Fuhrer is handmade, the item description reads and he is not the only Nazi toy one can purchase on the Livemaster website, there’s also a Mein Kampf marionette dressed in an SS type uniform with mad eyes and a Hitler mustache. There’s a Hitler bust, a Hitler portrait and other assorted Nazi paraphernalia.

Why look for nonexistent Hitler dolls in Ukraine when there are so many to choose from in Russia?