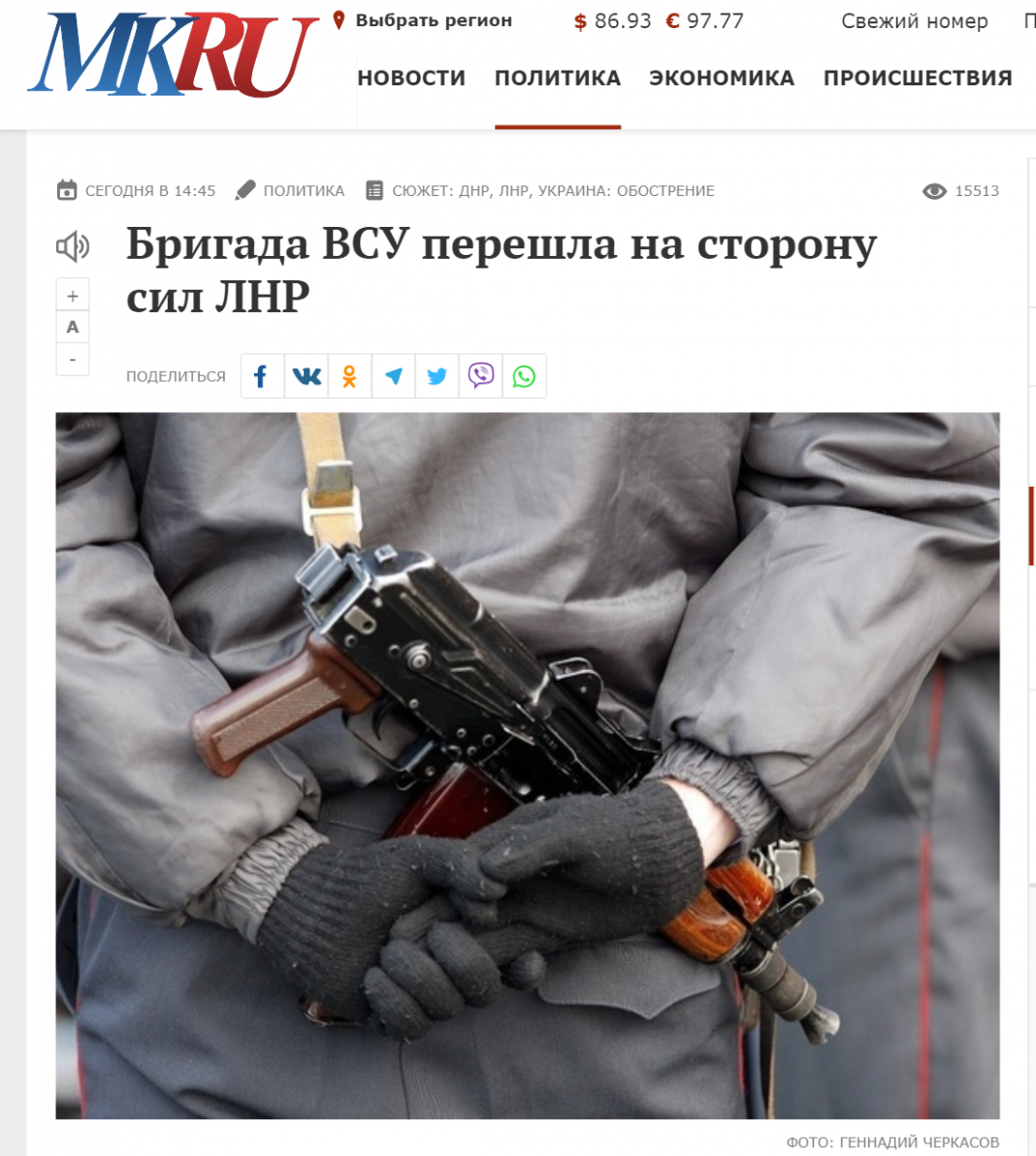 A fake story about Ukrainian soldiers allegedly going over to the Russian invading forces is being massively disseminated online. Citing the People’s Militia of the self-proclaimed Luhansk People’s Republic (LPR) as the source, the story claims that servicemen from Ukraine’s 57th infantry brigade named after the kozak leader Kost’ Hordiyenko lay down their arms and went over to the Russian side.

Ukraine’s military has alerted the public to this fake with a Facebook post, saying “Our boys do not lay down their arms!”

Some Russian media are claiming that two servicemen from the 57th brigade went over to the side of the LPR. As evidence they post a video showing two men in camouflage clothing holding a white flag as they walk out of some woods into a clearing. None of these claims have been confirmed by the Ukrainian Armed Forces.

It is worth noting that the video metadata shows that it was filmed on February 24 at around 9:00 am, but the claim that Ukrainian soldiers had allegedly defected to the LPR side only began appearing at 13:30.

Equally suspicious is that Ukrainian servicemen conveniently had a white canvas cloth in their possession, further indicating the staged nature of the video.

Russian media are disseminating this story citing the Luhansk Information Center whose web site shows the story was published at 13:32. However according to the Carbon Dating the Web, the site that reveals the publication date and time of a webpage, this story was created on February 18, 2022, that is six days before the event.