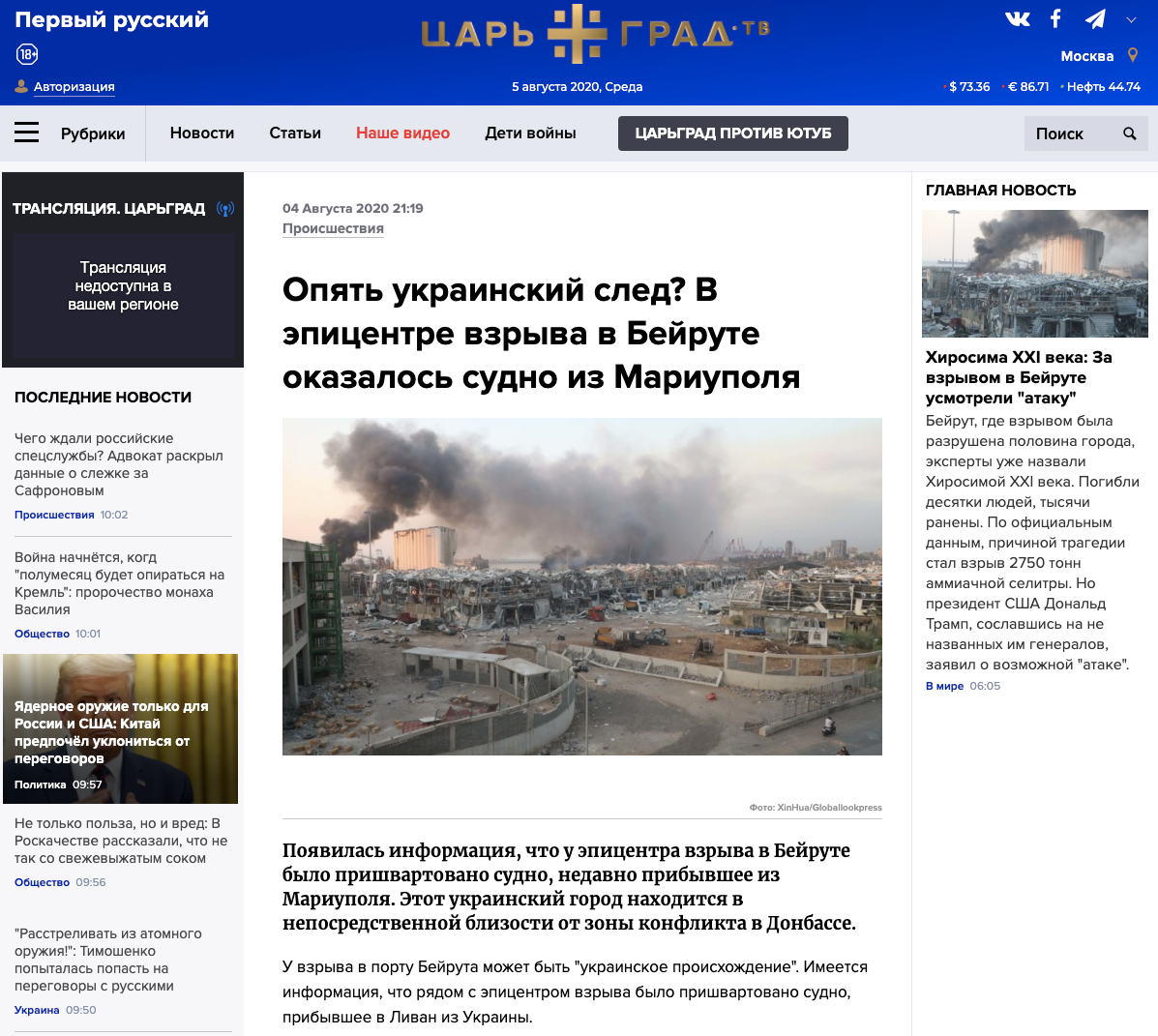 Russian media quickly began disseminating their own version of what caused the devastating blast in Beirut and as is often the case when Russian media is looking for someone to blame, Ukraine conveniently fits the bill. The orthodox site Tsargrad, the online version of the television channel of the same name, which is sometimes referred to as the Russian Fox News, announced that they have found “a Ukrainian trace” in the tragedy. The site claims that a ship from the Ukrainian port of Mariupol is at the center of the explosion in Lebanon. Tsargrad featured a Telegram channel called Extravaganza as its source, this channel periodically publishes various conspiracy theories and generally propagates anti-Ukrainian content.

Two cargo ships, the Mero Star, sailing under the flag of Sierra Leone and the Raouf H sailing under the flag of Comoros had sailed from Mariupol and were moored in the port of Beirut at the time of the explosion. According to Samir Madani, the founder of a tanker tracking system, the two ships most likely blew up during the explosion but they themselves were not the source of anything explosive. The ships were most likely carrying grain.

The devastating explosions occurred in the port of Beirut on the evening of August 4, killing 135 people and injuring over 5,000 and causing extensive damage to the surrounding areas. The cause of the explosion is said to be ammonium nitrate, a highly combustible fertilizer component that had been stored at the port for years without appropriate precautions. Currently it is unclear what ignited the ammonium nitrate leading to the deadly explosion. Documents show that the dangerous cargo was brought to Beirut by a Russian leased ship which stopped in Beirut because of financial irregularities. According to the New York Times the crew were abandoned by the owner, one Igor Grechushkin, and after much legal wrangling the men were eventually allowed to return home. The cargo was impounded, unloaded from the ship and placed in a hangar, the abandoned ship eventually just sank.