On March 22 scores of Russian media featured stories claiming that the US considered the war in the Donbas region of eastern Ukraine a purely internal Ukrainian matter. Life Novosti, Rambler and others cite Russian presidential spokesman Dmitri Peskov, who was speaking about the recent conversation between US President Donald Trump and his Russian counterpart Vladimir Putin. 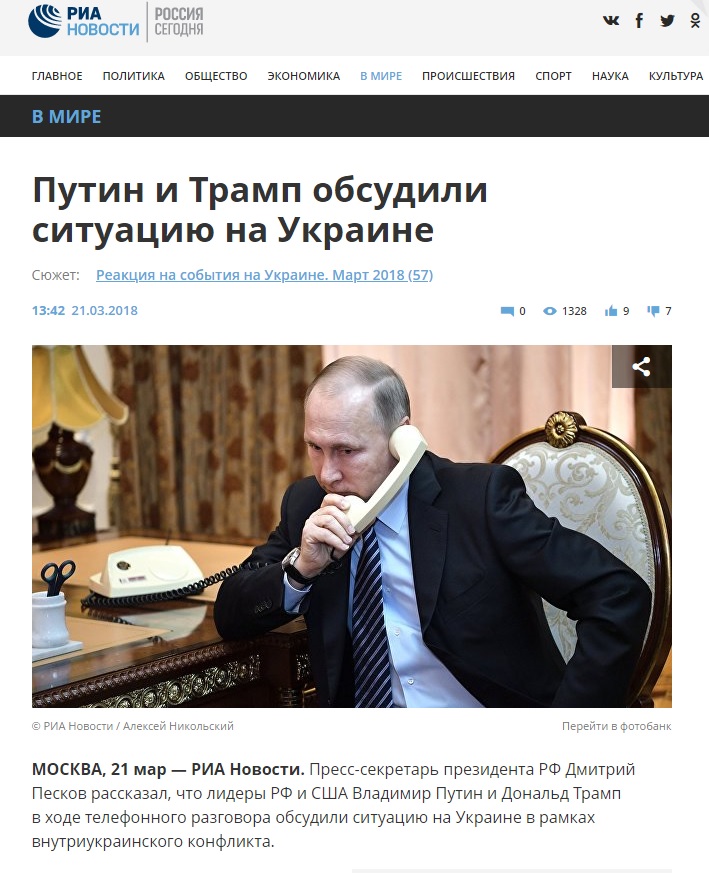 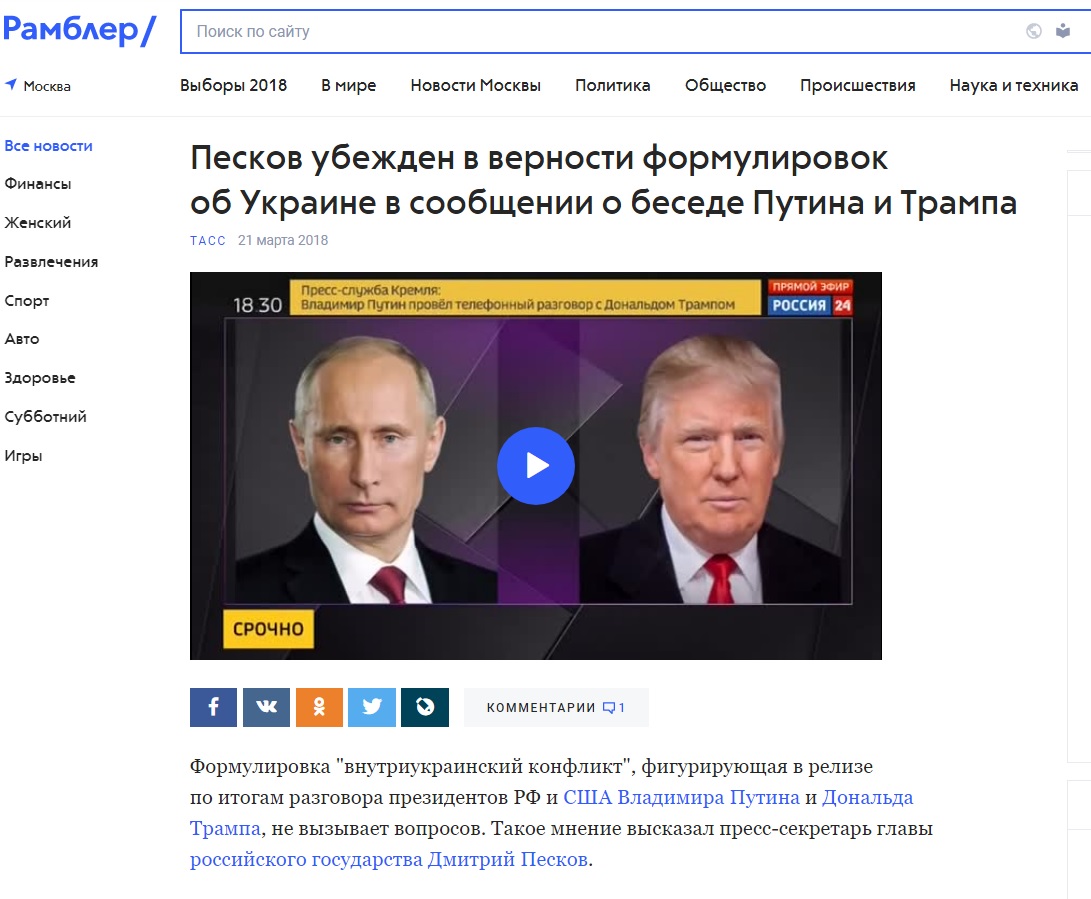 Sometimes it’s called a Russian-Ukrainian conflict, the journalist continued. “No, the question is not posed this way” Peskov shot back.

American officials refer to the fighting in eastern Ukraine as a conflict of Russian intervention.

“This is a 100 percent Russian-commanded and controlled operation. Militarily, politically, economically” Us Special representative for Ukraine negotiations Kurt Volker said at a recent event at the Hudson Institute.

Countless US official statements and documents since 20014 have expressed Washington’s certainty about the presence of Russian forces in Donbas. The most recent Presidential Executive Order signed by President Trump on March 2, 2018 extending Russia sanctions clearly speaks about Russian aggression in Ukraine . “…The actions and policies of the Government of the Russian Federation, including its purported annexation of Crimea and its use of force in Ukraine, continue to undermine democratic processes and institutions in Ukraine; threaten its peace, security, stability, sovereignty, and territorial integrity; and contribute to the misappropriation of its assets” reads the Executive Order published on the White House web site. 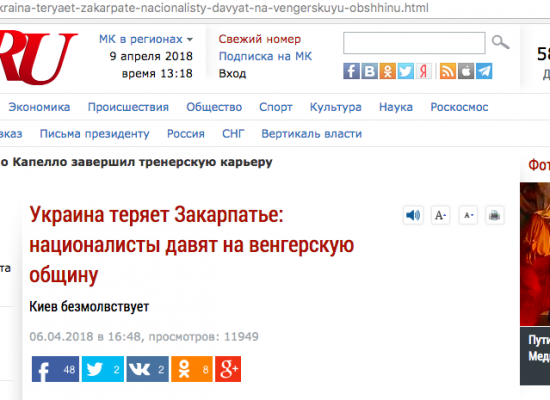 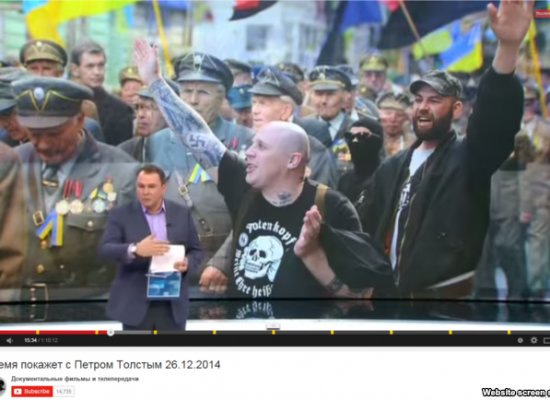 Fake Video and Photo Images in a Program of Channel One 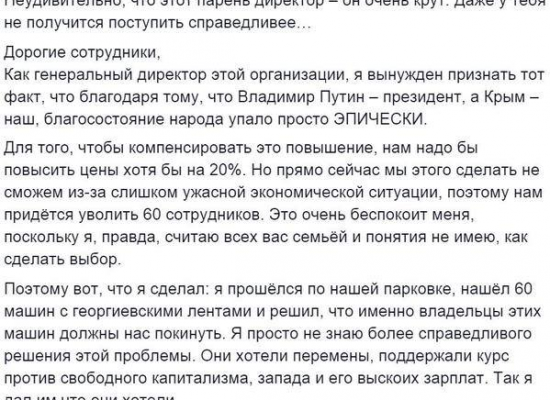 Fake: The Best Ever Layoff Letter 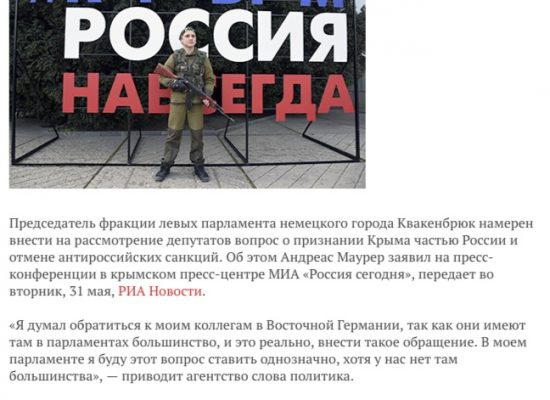 Fake: German Town of Quakenbrück To Recognize Crimea as Part of Russia 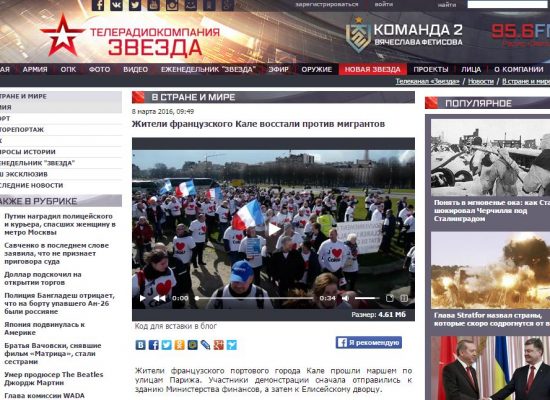