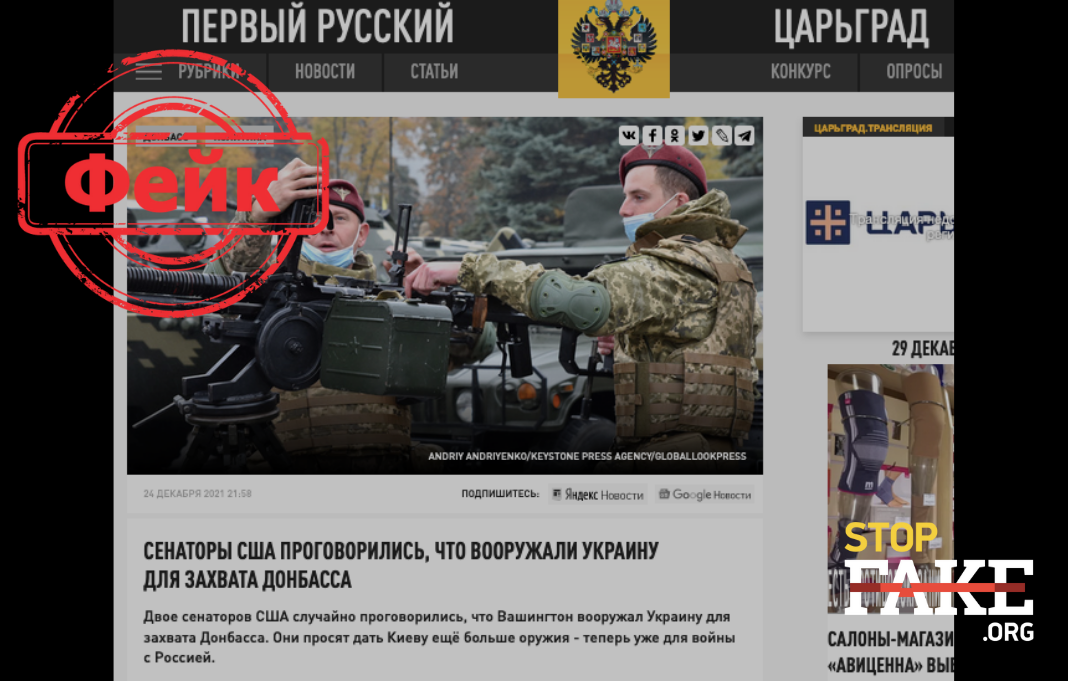 US Senators Rob Portman and Jeanne Shaheen have never claimed that the US was arming Ukraine to capture the Donbas. In their opinion piece published in the Washington Post newspaper, the senators write that Ukraine’s military position has always been purely defensive, while Russian troops invaded Ukraine’s border Donbas regions in 2014 and continue to help the separatists fighting there. The United States have been helping to increase Ukraine’s defense capabilities and must continue to do so now, the Senators write/

In “Ukraine stood together with the West in 2014. Today we must stand with Ukraine”, Republican Senator from Ohio Robert Portman, and Democratic Senator Jean Shaheen from New Hampshire write that in 2014 Russian troops invaded the Ukrainian border regions of Donbas and continue to help the separatists fighting there. They write the following about the current situation at the border:

“Moscow would have the world believe that Russia is merely trying to shore up its border against a threat from Ukraine and NATO. This argument has no merit. Ukraine’s military posture has always been purely defensive in nature. Unlike Russia, Ukraine has upheld its commitments under the Minsk agreements between Russia, Ukraine and the Organization for Security and Cooperation in Europe, which were designed to ensure a cease-fire in Donbas.”

Speaking about the US helping Ukraine contain Russia the Senators write: “Since 2014, the United States has provided more than $2.5 billion in security assistance, and since 2017, we have provided lethal assistance such as antitank missiles and heavy machine guns. This aid was designed to prepare Ukraine for an active conflict in the Donbas — not a full-scale Russian invasion. In Congress, we have advocated to increase security aid: The United States must speed up the pace of assistance and provide antiaircraft, antitank and anti-ship systems, along with electronic warfare capabilities.”

Nowhere in the article is there any mention of US assistance to Ukraine to capture the Donbas.