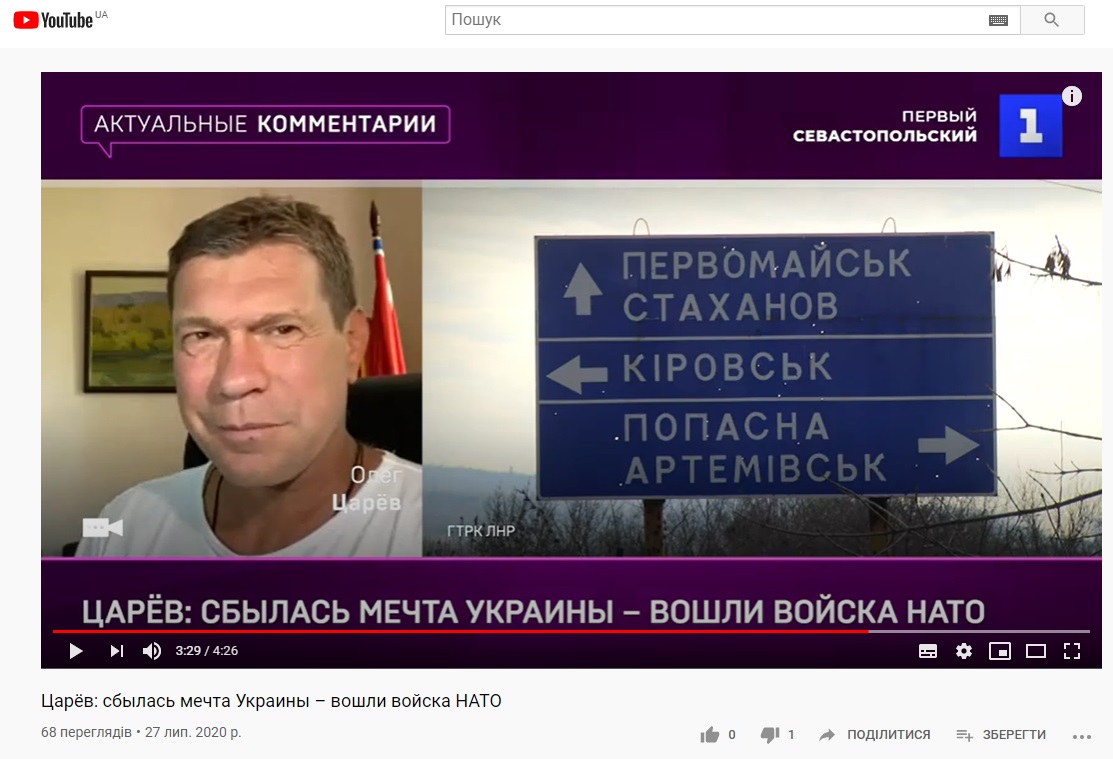 Former Ukrainian MP Oleg Tsarev who is currently living in Russian occupied Crimea announced that Ukraine’s dreams have come true and NATO troops have entered Donbas. He made this declaration during a talk show on the First Sevastopol Crimean television channel, while discussing the Trilateral Contact Group decision about a full cease fire in the Donbas war zone effective July 27 and the deployment of peacekeepers in the area. The Russian site Politnavigator reprinted Tsarev’s statement.

“Finally NATO troops have entered Ukrainian territory. They have gotten what they dreamed about for a long time. I think that they will try to gain a foothold and attempt to control the Ukrainian government so as to buy land, ports, factories, nuclear energy, everything that has not yet been sold in Ukraine. The guarantor of that will be foreign troops. Nevertheless I think that the peacekeepers will work towards reducing the amount of shelling coming from Ukraine” Tsarev said.

No NATO troops, or any other foreign troops for that matter have arrived in Ukraine. NATO has made no such declaration and there is no information to that effect anywhere.  What has happened is that in preparation for the ceasefire, a special contingent of Ukrainian military has been deployed to the east of the country to coincide with the ceasefire date.

The special seconded soldiers that have been deployed to eastern Ukraine are experienced peacekeepers who have served in various UN peacekeeping missions, according to the Ukrainian Joint Forces. That experience should be very useful in helping to keep the peace in eastern Ukraine. Politnavigator, while repeating Tsarev’s unsubstantiated claims does note that the deployed troops are in fact peacekeepers.