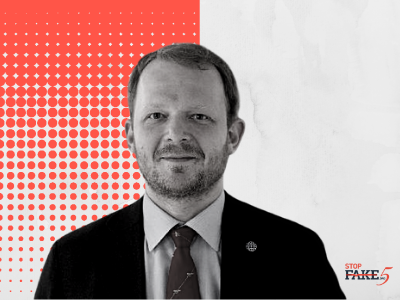 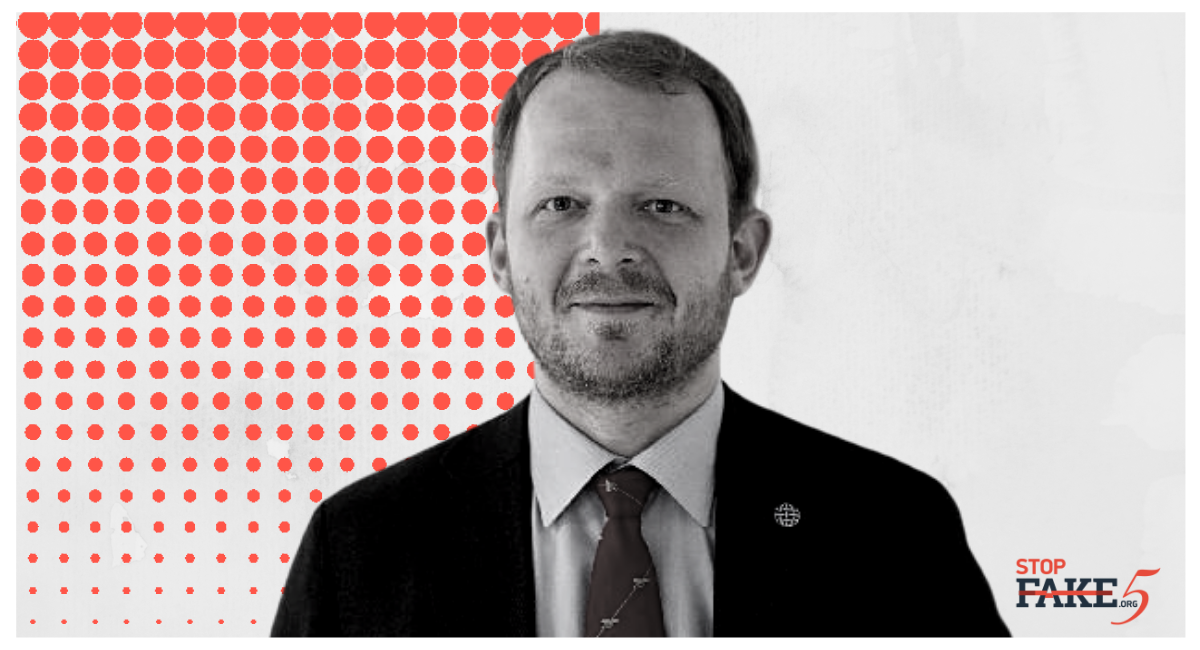 How have the narratives of pro-Kremlin disinformation changed over the last five years?

I do not see an extremely surprising development. There are some narratives that are almost eternal for the Kremlin, for example, the accusations of Ukraine being an undemocratic or a fascist state. You see very similar accusations against Estonia, Latvia, and Lithuania. Denigrating the West, NATO, the EU, and the US is also very common. These narratives are proactive. It means that they try to proactively influence what is going to happen in the future.

Proactive narratives do not change, because they are of a general purpose and they are always the same: to weaken the West, denigrate those who are currently perceived as adversaries to the Kremlin.

The other big group is reactive narratives. This is where the Kremlin is trying to pollute the information space and hide what it has done. It happens after every major event where their reputation could suffer. We have seen this after MH17, after the murder of Boris Nemtsov, after the poisoning of the Skrypals, after various attacks in Syria. Every time something happens, the Kremlin produces dozens of explanations of what might have happened. These narratives change because they depend on actual events.

What is the biggest development?

The narratives are usually the same, or they pursue the same goals, which we can predict. It is not the narratives that have changed. The Kremlin is getting better in spreading the message. They are getting better in recognizing what channels to use – not only traditional media, or social media, but also the Western politicians. The longer you are doing it, the more you see who is helping to spread this disinformation. This is where Kremlin knowledge has developed the most. They know much more about our audiences, about the reactions, multiplayers, and amplifiers.

What are the key goals of pro-Kremlin disinformation at the moment?

It is still the same. It has not really changed. The general objective is to weaken the West. By this, I also mean Ukraine, because whatever is West of the Kremlin is perceived as an enemy. There is a nice description of how the Kremlin sees public diplomacy. We, in the West, perceive public diplomacy as a non-zero-sum game, which means that we can have a more attractive Slovakia and a more attractive Ukraine, and nobody loses anything – just two countries get more attractive. The Kremlin sees it as a zero-sum game: if one party wins something, the other party necessarily loses. What can you do in a non-zero-sum game if you are absolutely unable to make your position better? The Kremlin is unable to make their position better. Vladimir Putin has been governing Russia 20 years and he has not managed to reform the economy. They are still going from bad to worse. The only option he has is to weaken the adversary. He is doing this on Polish-Ukrainian, or Hungarian-Ukrainian tensions or between Europe and North America.

His general objective is to weaken the adversary. They are exploiting all the technical possibilities for doing this. For example, take all the trouble that Ukraine has to go through. For instance, because of the war, it is not easy to perform economic reforms. The Kremlin will use it. It will use incidents like those currently in France [the Yellow vests protests], it will use these protests and will try to amplify them. He wants to show that “the West is holding apart,” whereas Russia is the only fortress, the only place of stability. He uses these narratives and then transforms them into various smaller stories. Russia will be portrayed as a victim of the aggressive West, and the West is portrayed as an evil aggressor. The messages about Ukraine are the same that were used by Stalin’s propaganda toward Nazi Germany. It shows a black-and-white image of the world, us versus them.

Apart from this messaging in influence operations they also focus on supporting those elements, that are helping their goals. In Europe, obviously, they support various extremists both on the far-left and far-right. The best partners of Vladimir Putin in Europe are fascists. These are the groups that Putin and his propaganda try to support because this is how he would like to see Europe – fascist and communist.

What are the key disinformation narratives for 2019?

The two most important are Ukrainian and European election. Now we have a Ukrainian Elections Task Force, where we are trying to monitor how disinformation is being spread. At the moment, it looks like the Kremlin is trying to push the message that the elections are going to be illegitimate. They try to say that there will be no real elections, that everything will be decided somewhere in the West. A very similar process happened during the German elections, and in the U.S. elections in 2016. If you are trying to weaken the trust of the audience in democratic institutions, this is a very good weapon. You can say that the elections are wrecked, that they are unfair, nothing gets decided by the people. No matter who wins, you have already undermined the trust of the general public.

In Ukraine, the Kremlin cannot hope that the pro-Kremlin candidate will win. I do not think that none of the candidates who are somewhere high in the opinion polls will be extremely pro-Kremlin, and those who are very pro-Kremlin do not have high scores. Therefore, the best chance for the Kremlin is to weaken the trust in the democratic process as such, weaken the trust of Ukrainians that the direction after Maidan is correct, that the West is the right partner.

In the EU elections, one of the goals is to undermine trust in the democratic process. But I think in the European elections the Kremlin has a much better chance to promote pro-Kremlin candidates. Some opinion polls estimate that 1/3 of the next EU Parliament could be pro-Kremlin.

In your opinion, what is the role of economic and other factors?

It depends from one state to another. There are European states where extremely pro-Kremlin politicians may be heads of states, and there are countries where pro-Kremlin politicians would not get very far. There is not one answer for all European countries. When you have someone spreading your lie even when he or she is not associated with the Kremlin, suddenly the information receives a completely new legitimacy. The Russian trolls can then say that not only Sputnik says this, but other politicians also say it. The effect on the audience will be different.

But I cannot tell how important it is. In some countries, it could be one of the most important multiplayers.

What countries are the most vulnerable to pro-Russian disinformation?

In 2016, German newspaper Frankfurter Allgemeine Zeitung acquired a document, presumably created by Russian FSB, which ranked the countries according to the vulnerability to Russian propaganda. The first three countries were Austria, the Czech Republic, and Hungary. When you have a look at a political representation of these countries, it is true that you will find very pro-Kremlin heads of states there. On the other hand, we don’t know how the list was created. It is not something we can rely 100% on, but it is one of the indications we have.

The countries that have a good response are the Baltic states. They are on the frontline, they know Russia the best and they have the most experience. The response there is exemplary. The Lithuanian Armed Forces StratCom is an excellent example of how a country should respond. If we would have similar StratComs in all 28 member-states, it would be much easier.

Sweden is a good example too. They have the Civil Contingency Agency, called MSB, which organizes a lot of training and education courses for civil servants.

In the Czech Republic, the reaction of the ministries and secret service is quite good at the working level. On the political level, it is much weaker.