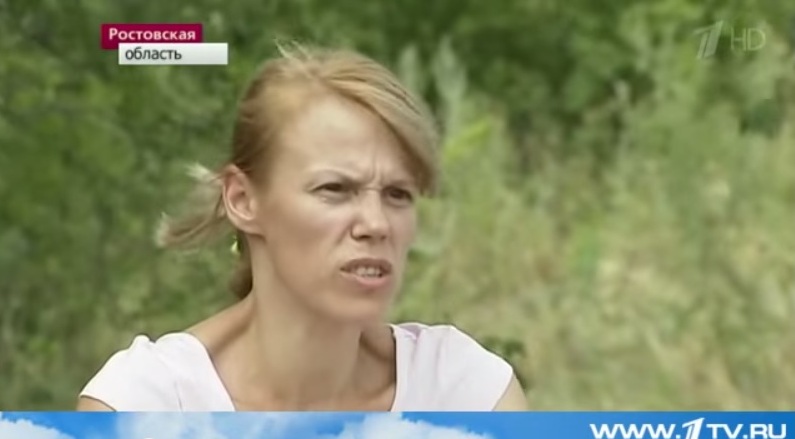 On July 12 Russian television aired an interview with a woman claiming to be a refugee from the eastern Ukrainian city of Slovyansk. Galina Pyshniak told the Kremlin’s official Channel One that upon entering Slovyansk (occupied by Russian militants in April) Ukrainian armed forces herded city residents to the central square and publicly executed a small boy and his mother, whose husband was a member of the separatist militia. Pyshniak describes how the town watched as the boy was nailed to a wooden board and crucified while his mother was tied to a tank and dragged around the square until she was dead.

There is no evidence to support Pyshniak’s claim, however she maintains that there were plenty of people who witnessed the alleged crime.

Novaya Gazeta photo correspondent Yevgeniy Feldman visited Slovyansk and spoke to its residents about Pyshniak’s claims. Nobody backed up Pyshniak’s allegations and those who were present on the central square when Ukrainian soldiers arrived all said that the Ukrainian army behaved in a civilized fashion.  (Feldman’s video, 8th minute: “We did not see that, nobody was beaten. No one was beaten, nothing was attacked. Just the opposite, the Ukrainian soldiers came as guardian angels.”).

TV Rain journalist Timur Olevskiy, who recently returned to Moscow from Slovyansk, described the situation in the city in a July 14 newscast.  The first thing he noticed upon arriving in Slovyansk early in the morning of July 6, one day after the Ukrainian army entered the city, was the large number of people hurrying to the central square. There was no mobile telephone connection in the city then, but everyone knew through word of mouth that trucks had arrived. If a boy had been crucified, it would have been impossible to hide this from the city’s residents, Olevskiy reported.

Ukrainian channel 1+1’s Television News Service reported that Galina Pyshniak’s family themselves said it was likely she had told her story for money. Meanwhile Slovyansk police said that Pyshniak often filed complaints against her own family, claiming that her daughter robbed her and her husband abused her physically.

Social media sites feature photographs of Galina with her husband, a former member of the notorious Ukrainian riot police Berkut, who is now a separatist militant. In one photo he poses with the separatist warlord Motorola.

No evidence supporting Pyshniak’s claims has surfaced. Where did this tale of a crucifixion come from? Game of Thrones fans recognized the theme from season 4. History buffs may have recalled the infamous Beilis ritual murder case of 1913, (a notorious anti-Semitic trope, the blood libel, the age-old charge that Jews kill Christian children to use their blood in religious rituals), others recognized a much more recent source for this story, the Facebook post of Alexander Dugin, Putin’s favorite extremist political theorist and thinker, who described exactly such an atrocity days before Pyshniak recounted it to Russia’s Channel One.