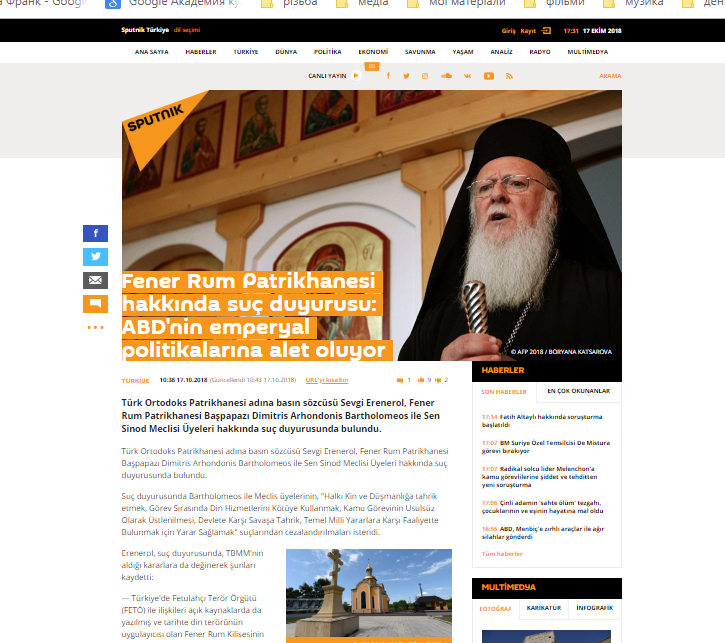 According to Turkish Orthodox Church spokesman Sevgi Erenerol,  Patriarch Bartholomew violated Turkish law and is instigating a new conflict between Ukraine and Russia, actions which are punishable according to the Turkish Penal Code.

“The status of the Constantinople Patriarch according to the Lausanne Peace Treaty of 1923 is limited to church services for the Greeks living in Turkey” Erenerol said.

The Patriarch of Constantinople is not directly mentioned anywhere in the Lausanne Treaty.

The Turkish Orthodox Church began its existence in 1922, a year before the signing of the Lausanne treaty. It is an unrecognized Orthodox denomination with strong influences from Turkish nationalist ideology. Its Wikipedia entry states that it has all of 400 members.

The church that is suing the Ecumenical Orthodox Patriarch is a small fringe group that has no official recognition in the Orthodox world.