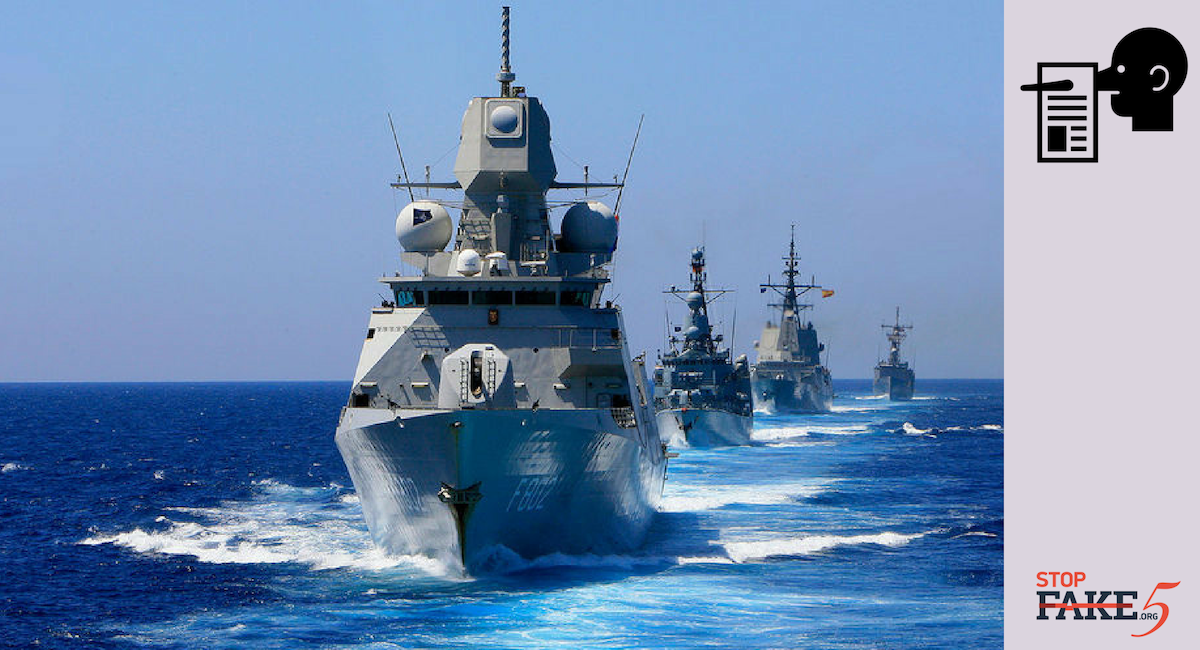 Pro-Kremlin media disseminated stories this week claiming that a US delegation visiting Crimea had expressed concern about NATO’s actions in the Black Sea, thereby expressing the views of the international community.  Bruce Gagnon, one of the organizers of the delegation’s trip to Russian annexed Crimea also visited Moscow and St. Petersburg . Gagnon, who criticized NATO’s presence in the Black Sea is notorious for some of his earlier statements, such as calling the 2014 Maidan Revolution a coup sponsored by the United States and claiming that the tragic May 2, 2014 events in Odesa in which nearly 50 people died in clashes of pro-Russian and pro-Ukrainian groups ,were perpetrated by Ukrainian Nazis.

As was the case with previous so-called international delegations who visited Crimea, this American group is not an official delegation, just a small group of private citizens who neither represent a country, nor a government, nor any international organization.

Bruce Gagnon, who identifies himself as a political activist, is the coordinator of the Global Network Against Weapons & Nuclear Power in Space. Russian media refer to him as the head of the American delegation visiting Crimea.

Gagnon criticized NATO’s presence in the Black Sea and said the US is gradually moving away from the numerous treaties concluded with Russia. “This is very dangerous arrogance. We see the United States declaring they want to dominate the world and space,” Gagnon said.

Gagnon and his companions marched in the May Day parade in the capital of occupied Crimea Simferopol carrying a banner reading “No to NATO. Keep space for peace”. Besides voicing his displeasure with NATO, Gagnon also declared that residents of Crimea were happy people because they got what they voted for in the annexation referendum, that the US was demonizing Russia and that US sanctions against Russia and Crimea should be lifted.

In addition to his views on Ukraine, which coincide with the Kremlin line, Gagnon is also known for his belief that the US is preparing to start a war in space,  that the September 11 terrorist attacks were orchestrated by the American government and other assorted world conspiracies.

In a blog post from2015 about the situation in Ukraine Gagnon wrote the following:  “US-NATO continue to threaten Russia with more and wider war in Ukraine. Russia is basically told they have to accept the US-NATO backed onslaught in eastern Ukraine. Russia must stop supporting eastern self-defense forces or expect even more of the west’s Strategy of Tension.”

Gagnon seems to be fixated on the 2014 Odesa tragedy and has written several blog posts dedicated to it. He openly states that the fire which claimed the lives of several pro-Ukrainian demonstrators and nearly 50 pro-Russian ones is the fault of Ukrainian neo-Nazis who continue to be supported by the Ukrainian and the American government.

StopFake has debunked earlier claims that delegations from Germany, France and other countries have visited Crimea in official capacity.

The US embassy in Ukraine has issued a statement saying that Mr. Gagnon’s delegation is in no way connected to the US government and the United States continues to unswervingly stand on the side of Ukraine in the fight against Russian aggression.

In his blog post about his trip to Russia, which he calls a study tour, Gagnon writes that he “came to Russia to listen and learn in order to stand against the constant demonization of this nation by the western corporate dominated countries – especially the US”.