Propaganda website Tsargrad reported in social media posts that “not everything is alright” in the western Ukrainian city of Ivano-Frankivsk given that voters are purportedly writing SOS signals on ballots. The report doesn’t attribute the source. This was fact was indeed confirmed by voter watchdog Chesno, but only in one incident and isn’t testimony that “Ukrainian voters are sending SOS signals.” 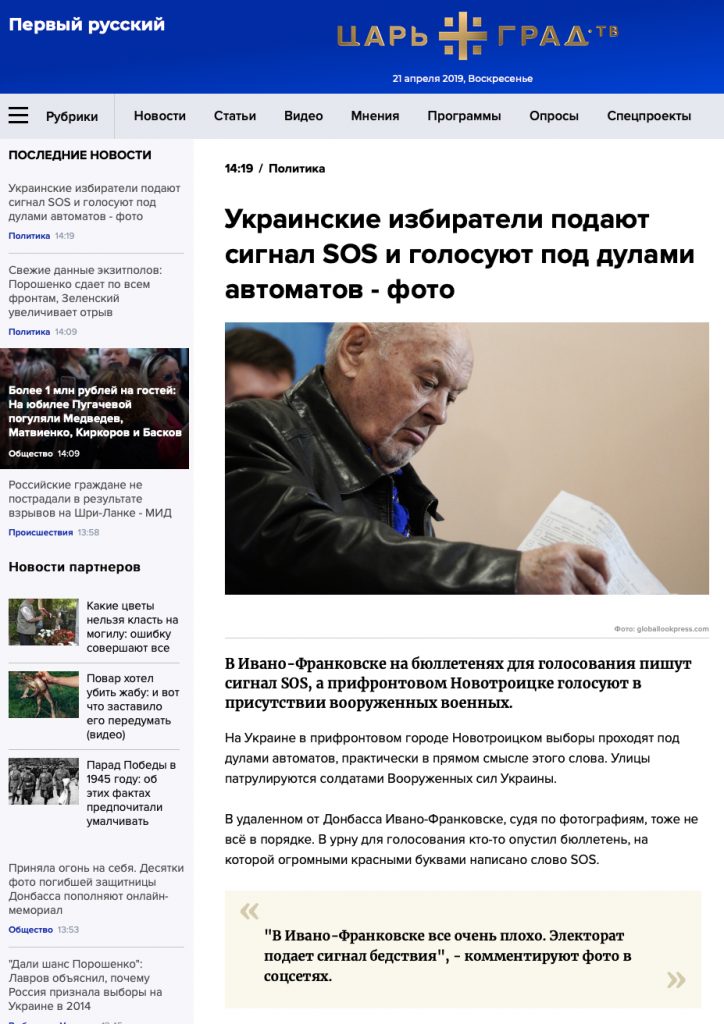 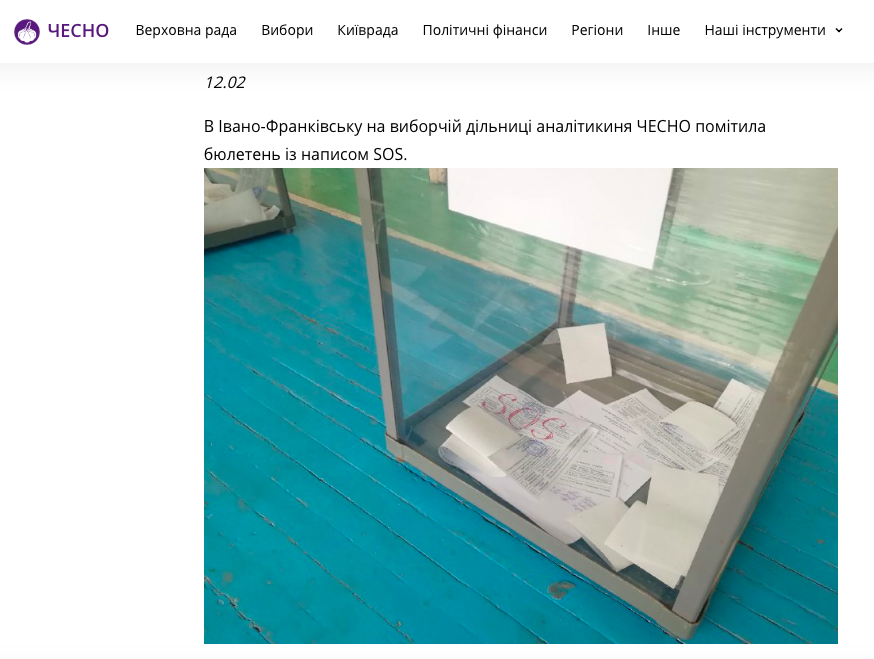 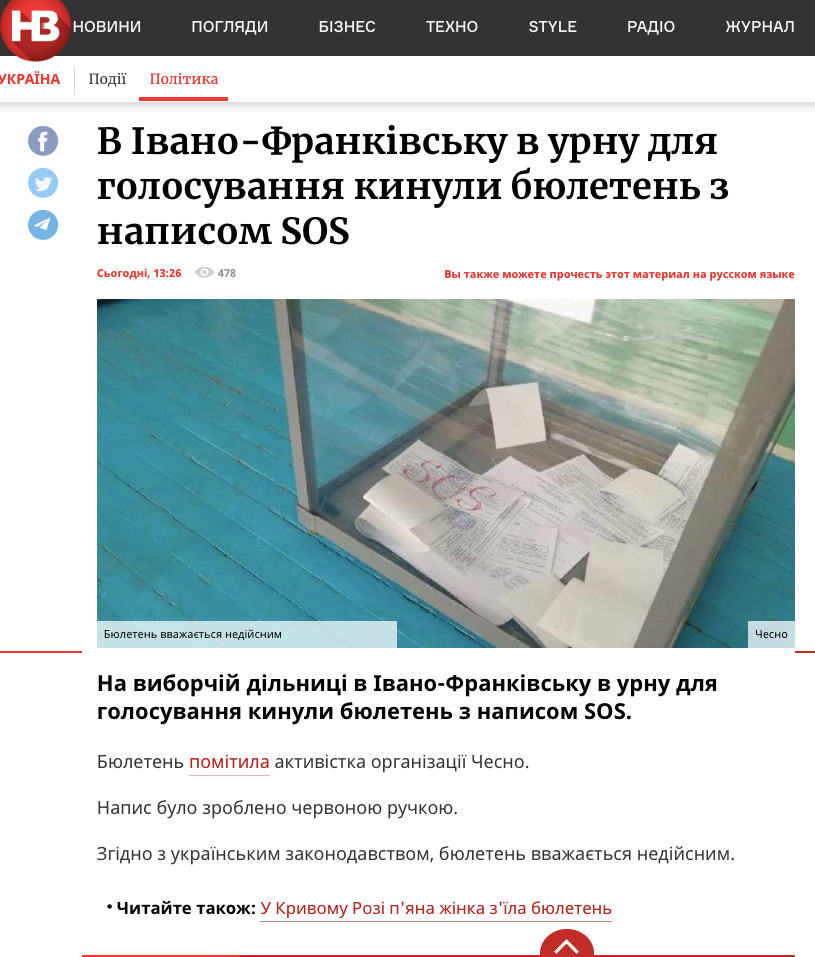 The non-profit group Chesno, which is monitoring the election process, recorded one ballot that had “SOS” written on it in an Ivano-Frankivsk polling station. This was the only recorded incident and doesn’t indicate that the “electorate is giving a distress signal,” in general.

StopFake has already published a refutation on similar intimidating news that “the election in the Donbas” are controlled” by “armed Ukrainain punitive squads.”