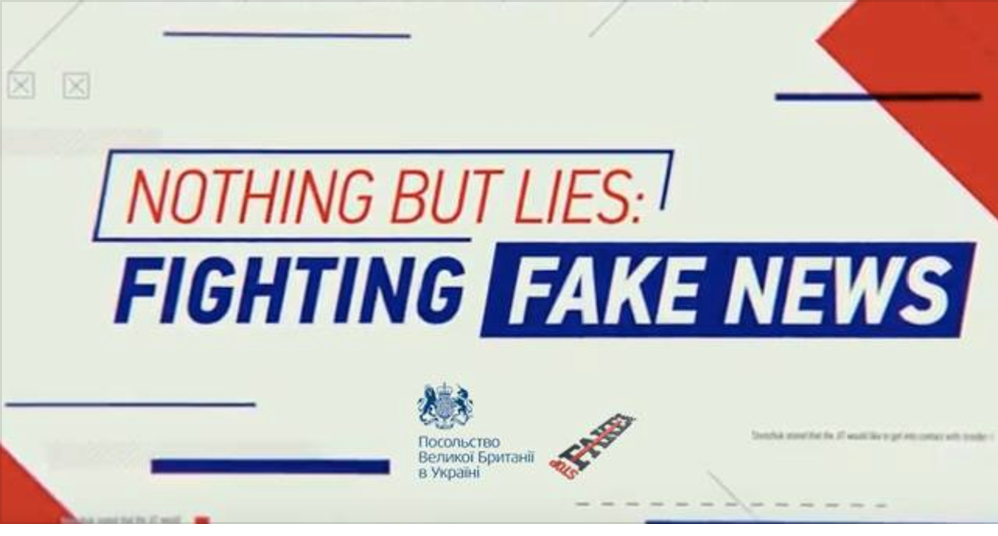 On the occasion of the third anniversary of the fact-checking project StopFake, a documentary film by Tim White’s “Nothing but lies: Fighting fake news” (UK) will premiere in Kyiv. The event will take place on 16 March 2017 at 5pm in the Zhovten cinema (26m Kostiantynivska St.).

For many people the Fake News phenomenon has come from nowhere to dominate the airwaves, column inches and internet.  But it hasn’t.  Now a new documentary traces the roots of fake news, from the second world war, via Estonia, the war in Ukraine, and MH17 through to President Donald Trump. World renowned experts explain what is Fake News, how it succeeds, and how to tackle the growing problem.

Nothing But Lies features US journalist and filmmaker Simon Ostrovsky famous for his report on Russia’s involvement in the war in the eastern Ukraine Selfie Soldiers: Russia Checks in to Ukraine | VICE News, founder of Bellingcat Eliot Higgins,  Senior Editor at The Economist Edward Lucas, researcher of Media at London School of Economics and Political Science Gregory Asmolov and Managing Editor of First Draft Alastair Reid, as well as StopFake’s co-founding Editors Olga Yurkova and Ruslan Deynuchenko.

The screening will be followed by a panel discussion with:

Tim White – producer and narrator of the film;

Judith Gough – Ambassador of the United Kingdom in Ukraine;

Simon Ostrovsky – US journalist and filmmaker.

The film will be shown in English with Ukrainian subtitles. During panel discussion simultaneous translation will be provided.

This film was funded by the British Embassy in Ukraine as part of the project “Using fact checking and Data verification for Tackling Propaganda” implemented by StopFake. The views expressed in this publication are those of the authors and may not coincide with the official position of the UK government.