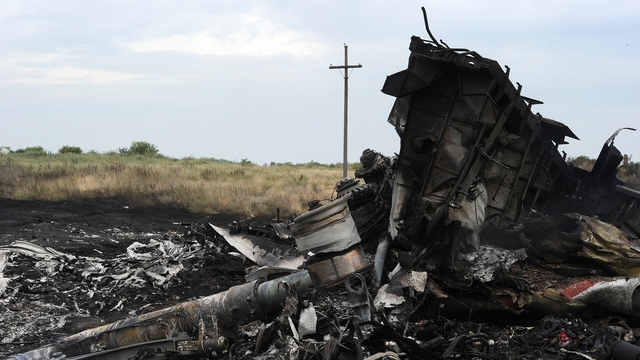 Website of the International Russian TV channel Russia Today reported that, according to Western media reports, Donetsk separatists have not shot down Malaysian Airlines airliner as it allegedly “not their style.”

The article refers to RT subsidiary resource InoTV, which in turn indicates the information source as the German edition Der Freitag. At the same time, RT and InoTV implied that the original author of the material was Der Freitag.

In fact, a text is a blogging entry in the section Community (Community). Immediately under the post it is written, that the record conveys the opinion of the author and do not necessarily reflect the position of editorial. Also, in the FAQ section of website is stated that in order to add an entry to the section Community, you need just register.

The author of the blog is a user under the name Soloto (German s letter reads like a “z” – “Gold”). His website in his profile contains a fan page of the book Staatsgeheimnis (“state secret”) on Facebook.

The author of this book is writer Tim Jungeblut. On his Facebook page, he also wrote happily that the RT agency translated his blog entry. At the same time one of the users commented on this record, that he would be ashamed of this.

As for the blog of “Gold”, there are also a lot of inaccuracies and twisted facts. For example, the author writes that the goal could be a plane of Russian President Vladimir Putin (StopFake already denied such possibility), but also refers to the testimony of the Spanish flying control officer “Borislav” (obviously meaning the airport “Borispol”), who allegedly recorded two fighters near the airliner (StopFake also wrote about it).

Thus, the assertion of Russia Today that the Western media questioned the involvement of separatists in the tragedy of Malaysian airliner, is a clear and deliberate exaggeration.