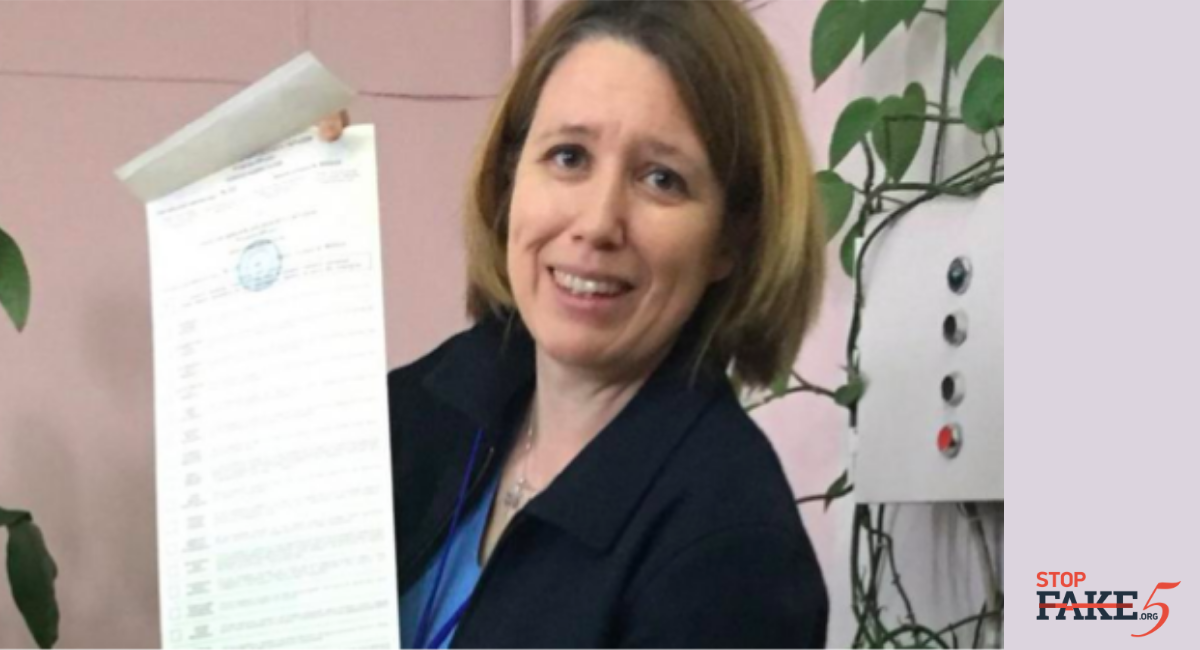 Russian media were busy this week claiming that British Ambassador to Ukraine Judith Gough allegedly violated Ukraine’s election law by showing an open presidential ballot. In fact Ms. Gough did not such thing, a violation would have occurred only if the ballot was filled out or if the results of someone’s vote were somehow made public.

Showing an empty, blank ballot is not an election law violation. Ambassador Gough tweeted a photograph of herself holding up an empty election ballot to show how long it was. “With 39 candidates, the ballot paper is really this long” she wrote.

Ukraine’s presidential election law that Russian media claim Ms. Gough broke, says that the voting process should be secret and the process of casting one’s ballot in secret is guaranteed by law. Photographing, video recording or showing for whom the voter has voted is prohibited and violates the secrecy of the vote. Ambassador Gough did not show someone’s completed ballot or photograph anyone filling it out; in no way did she violate the secrecy of the vote.

According to Ukraine’s Criminal Code the secrecy of the ballot is violated only when the marked ballot is publicly displayed before being dropped into the ballot box.