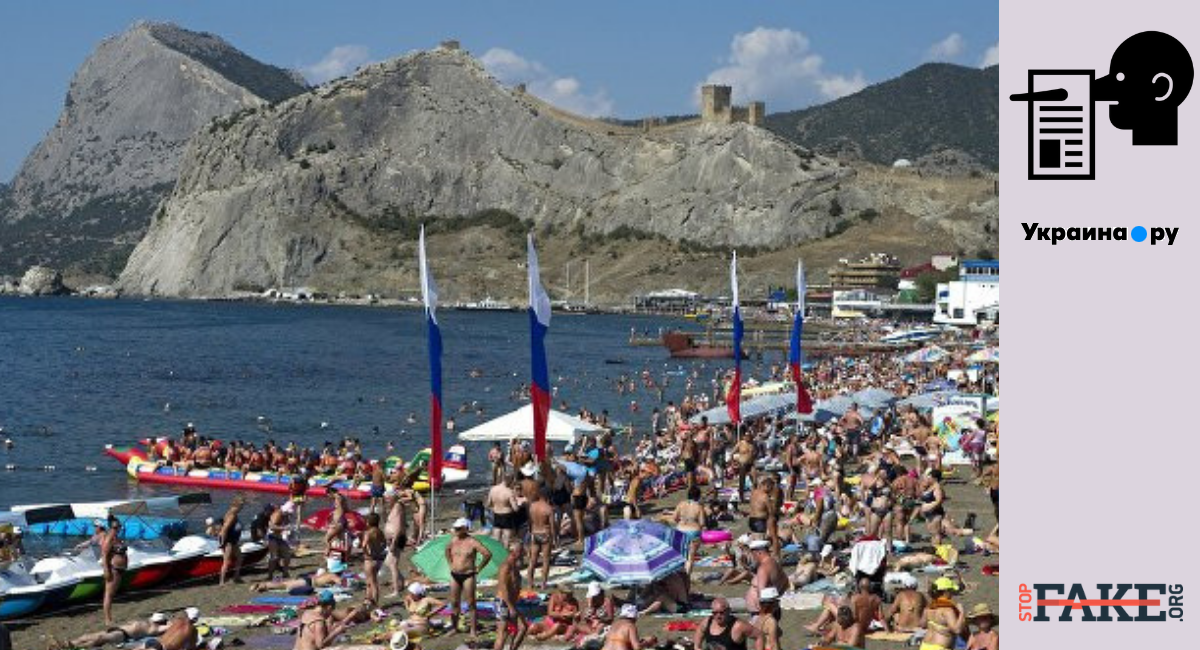 Crimea’s so-called Tourism Minister Vadim Volchenko bragged that the number of tourists to Crimea grew by 29%, reaching a record figure for the post-Soviet era. He did not specify what yea he was comparing this alleged growth to. Volchenko also claimed that a million Ukrainians had crossed the border into Crimea during this year’s holiday season.

Official data however, tells a different story. According to Krymstat, a regional state agency that gathers all manner of data and statistics that is now subordinate to the Central Russian statistics office, 141 thousand Crimean holiday sites received 481.600 vacationers in 2018 with 94.5% of the holidaymakers coming from the Russian Federation. Compared with 2017, the amount of tourists visiting Crimea grew by 11.3 percent, Krymstat reported, a far cry from the 29% Volchenko was boasting about.

Ukraine’s State Border Service spokesman Oleh Slobodyan told Radio Liberty that Ukraine-Crimea traffic for the month of June 2018 decreased by six percent compared with 2017 so there is no basis for the claim that growing numbers of Ukrainians are going to occupied Crimea for vacation.

“It is Kherson region residents and Crimea residents who are mainly crossing the Ukraine-Crimea border for personal reasons, we have not observed large numbers of Ukrainian citizens from other regions going to Crimea,” Slobodyan said. 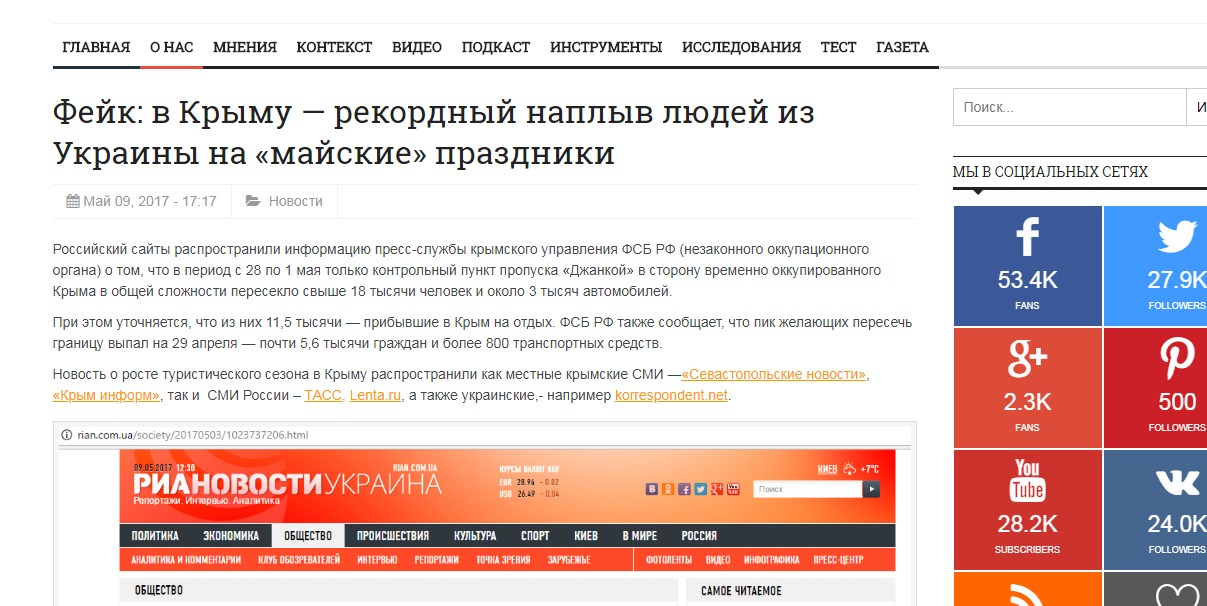