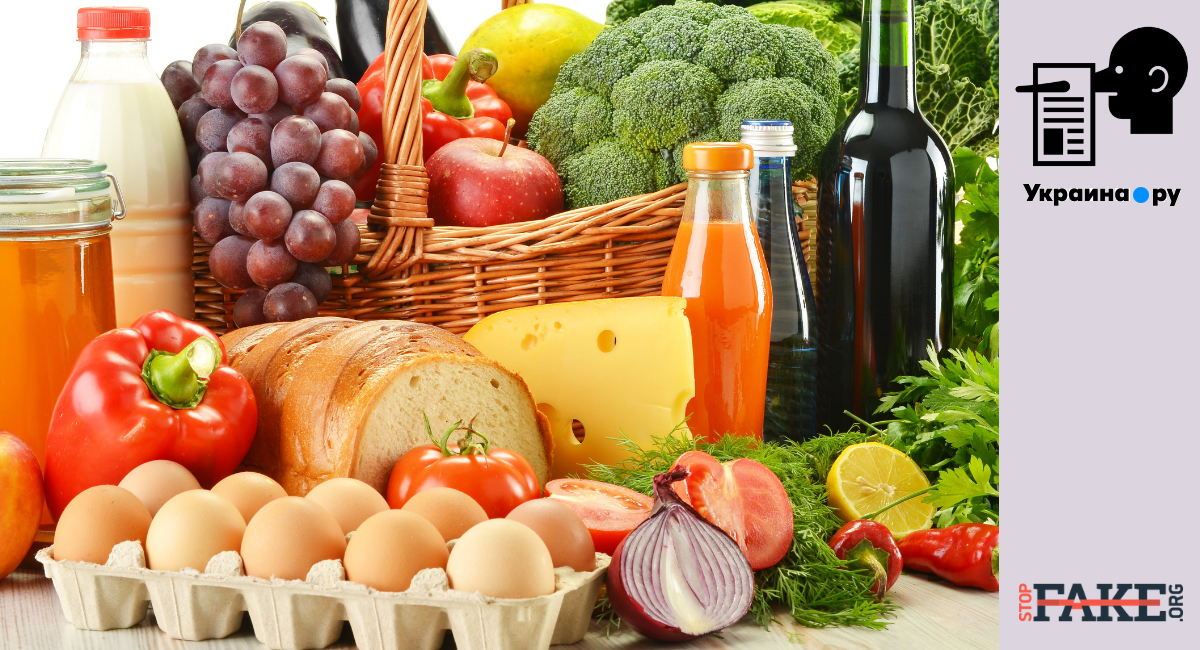 Several Russian and Ukrainian publications disseminated fakes this week claiming that under the presidency of Petro Poroshenko, food prices have risen by 500 percent. Ukraina.ru, Gazeta.ru, Rambler, Znay.ua, Tiviy Portal all featured stories based on a Facebook post by the director of the Ukrainian Association of Retail Suppliers Oleksiy Doroshenko.

Doroshenko cites price increases provided by Ukraine’s State Statistical Service, an organization that monitors prices and other economic indicators. His words however are taken completely out of context and distorted to create this fallacious claim.

Doroshenko compares 2018 food prices to those of 2014 and notes that they have risen from 58%-542%. Russian and Ukrainian media latched onto the 542% and ignored everything else that Doroshenko wrote.

According to official figures, over the last four years the only commodity that has gotten cheaper is buckwheat, the price of which went down six percent, prices for other food products rose from 58% to 542%. The market basket of 23 products which cost 450 hryvni in December 2014, costs 923 on average in December 2018, an increase of 105%. Overall the price of groceries grew 1.7 times, meat and eggs almost doubled, dairy products 2.2 times, bread 2.8 times and the price of vegetables grew nearly by four (3.9).

Of all the foodstuffs that Mr. Doroshenko refers to in his post, the only grocery item that grew by more than 500% is onions, whose price went from a bit over three hryvnia a kilo in 2014 to nearly 17 hryvni in 2018.

Overall, Doroshenko noted, the price of groceries over the last four years grew by 105%. While that in itself is a rather steep increase, it is a far cry from the 500% claim that Russian media and some Ukrainian outfits too lazy to fact check anything published.