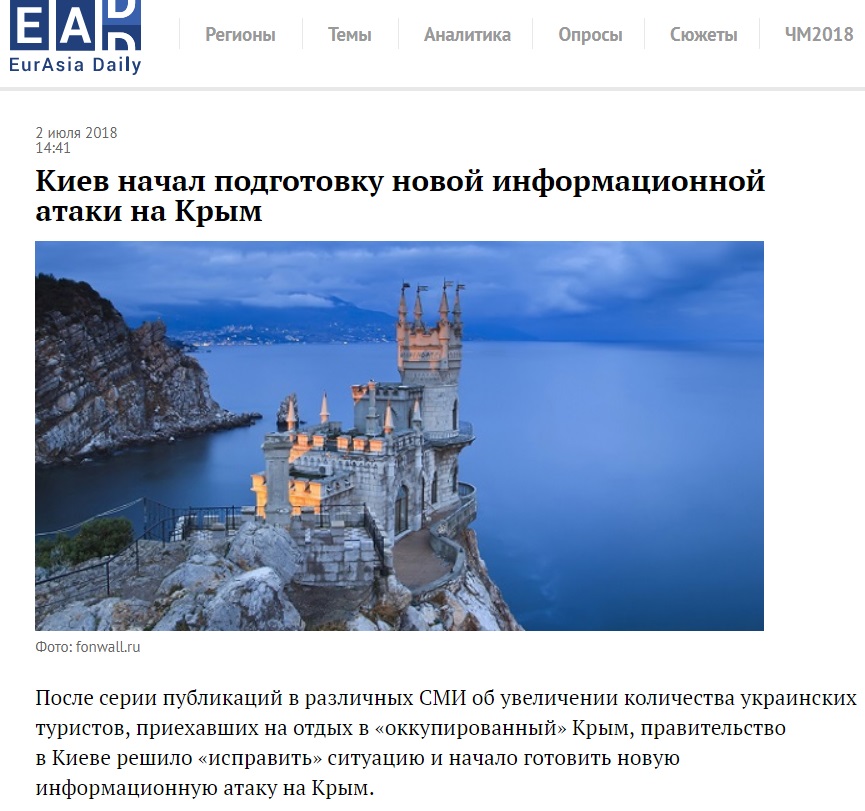 The Ukrainian government is preparing an information attack aimed at occupied Crimea with the goal of disrupting the peninsula’s tourist season, Russian and Crimean media declared last week. As proof of this nefarious plot, publications such as Politnavigator, RIA Novosti Krym, Eadaily, Antifascist, KrimInform, Krimpress and others point to an official letter from a Ukrainian ministry that was published by a former MP from the disgraced pro-Russian Regions Party Alexei Zhuravko on his Facebook page. 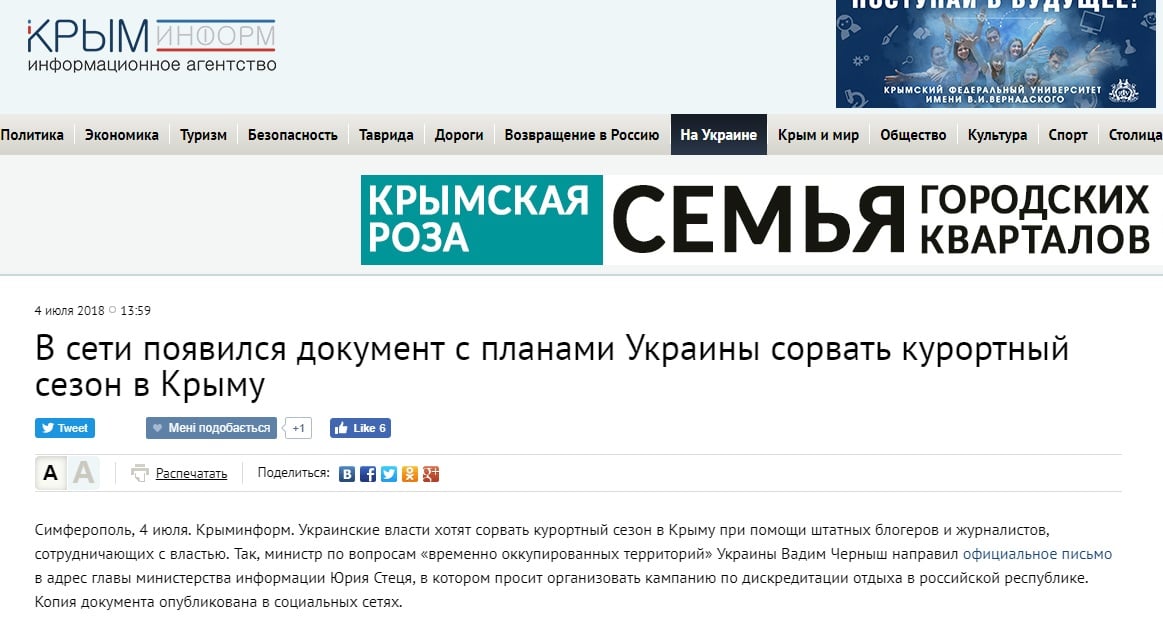 Zhuravko published what purports to be a letter from the Ukrainian Minister for the Temporarily Occupied Territories Vadym Chernysh to Information Policy minister Yuriy Stets. Chernysh writes that Ukrainian media are reporting about the growing number of Ukrainians going to Crimea for holidays and proposes to Stets to use media and certain bloggers to ruin the tourist season on the peninsula.

After the publication of these fakes on various Russian and Crimean sites, the Ukrainian Ministry of Information Policy issued a statement saying the story was a fake.

This crude fake is intended to disorient the inhabitants of occupied Crimea, the statement says, and points out that Regions Party MP Alexei Zhuravko, who published the fake letter, left Ukraine in 2014.