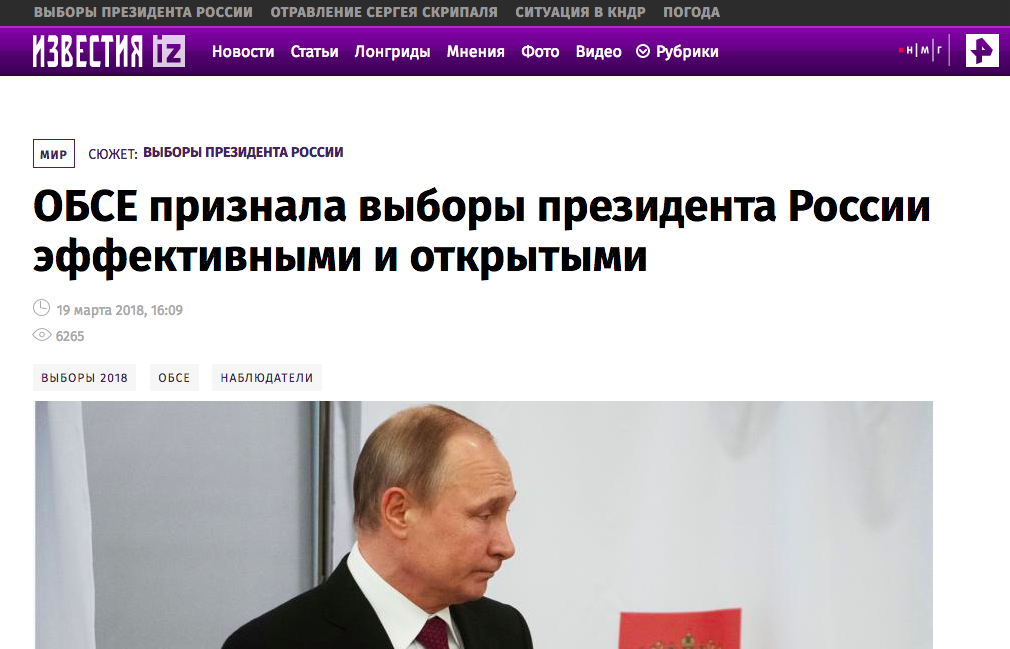 Official Russian media presented the official OSCE report on the March 18 Russian presidential elections in a distorted and manipulative manner, omitting many of the details of the report and claiming that the observation mission recognized the election as democratic and transparent.

While the official OSCE report does indeed state that the election was well administered, it also points out that it was characterized by “restrictions on fundamental freedoms and lack of genuine competition”. 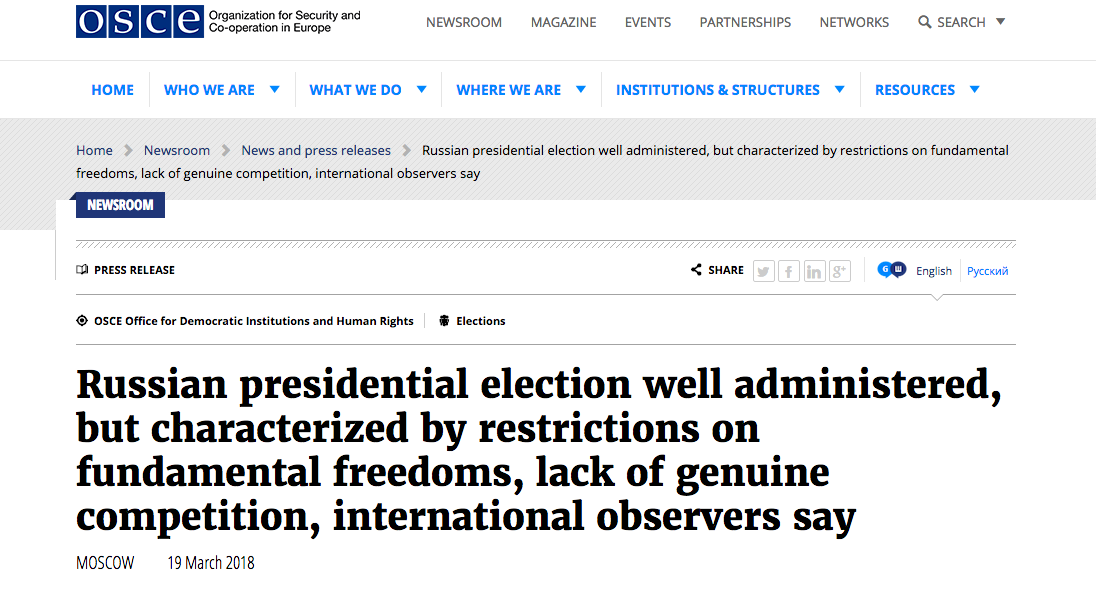 “Choice without real competition, as we have seen here, is not real choice. The Central Election Commission’s professional and efficient administration of the technical aspects of the election deserves recognition,” said Michael Georg Link, Special Coordinator and leader of the short-term OSCE observer mission.

Russian propaganda media such as RT dutifully focused on the phrase “well organized” and casually added that restrictions of candidate registration affected the competition.

The OSCE report singles out the work of Russian state funded media, pointing out that viewers were not presented with a critical assessment of Vladimir Putin’s views and deeds. Overall the election lacked genuine competition, said the OSCE.