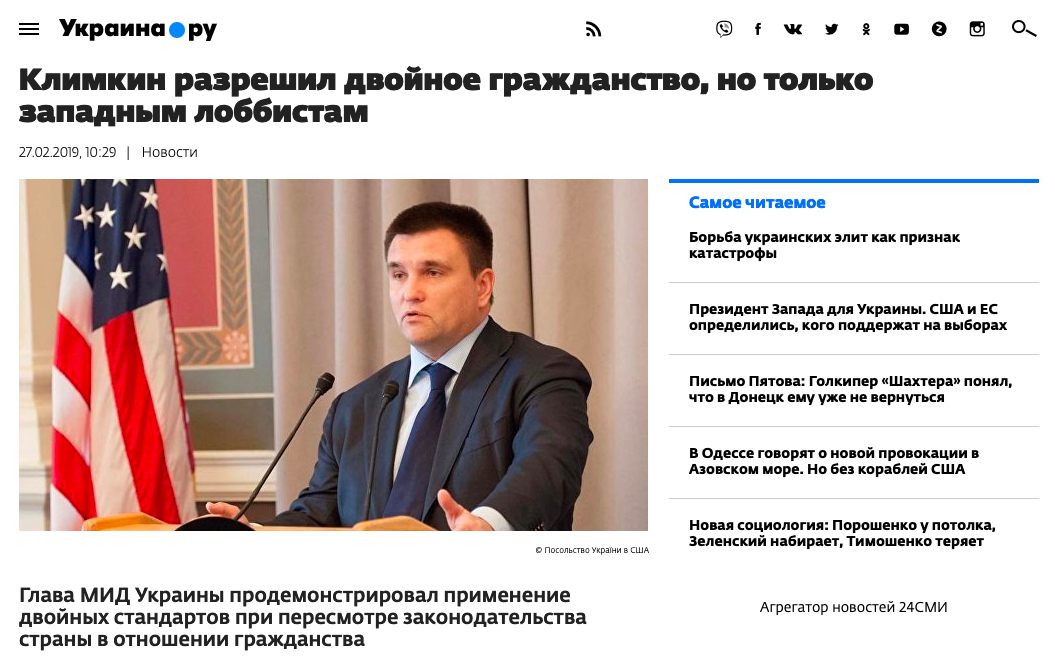 During a short briefing in Odesa on February 26 Minister Klimkin said he believed dual was needed and would allow qualified professionals to work in Ukraine. “Think of how many great experts could work here to help us with reforms,” Klimkin said, “just look at the case of Ulana Suprun (acting Minister of Health, a US citizen granted Ukrainian citizenship). But we must clearly define who is able to have dual citizenship” he emphasized. He also said that dual citizenship arrangements could exist only with western countries, and never with an aggressor state such as Russia. 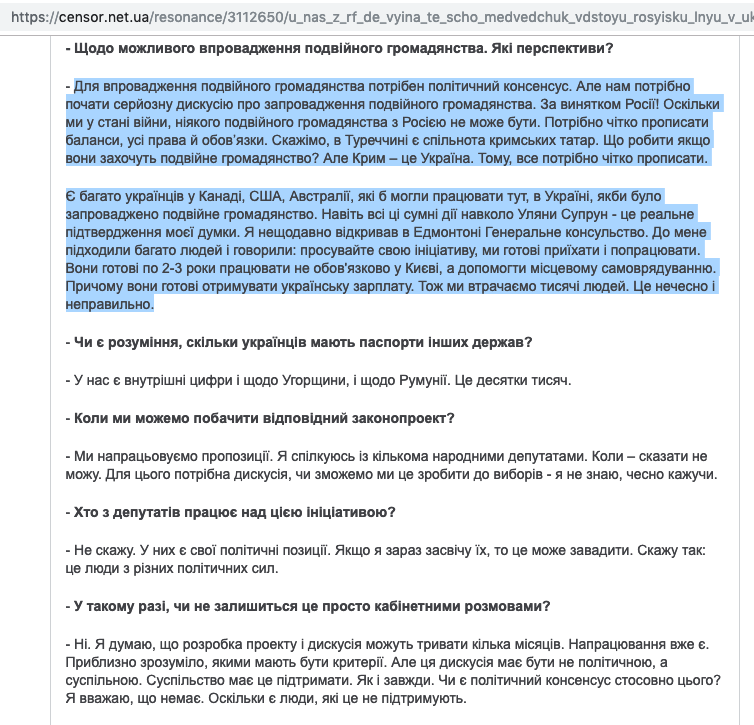 During an extensive interview with the Censor.net Ukrainian news site, Klimkin explained that a dual citizenship law requires political consensus.

There are many Ukrainians in Canada, the US, Australia who are ready to work in Ukraine if dual citizenship was introduced, we are losing thousands of people not having such a law, Klimkin pointed out.

Klimkin explained that work is underway on a dual citizenship bill, with MPs from different political parties involved in the process but it will take some time until a consensus is reached.

Minister Klimkin has spoken about introducing dual citizenship in Ukraine for some time. Each time he brings the subject up publicly, pro-Kremlin media react with an avalanche of fakes. Last November StopFake debunked one of those fakes, which claimed that Ukrainian citizens who also have Russian passports would have to surrender them to the authorities, “otherwise they would be rooted out”. 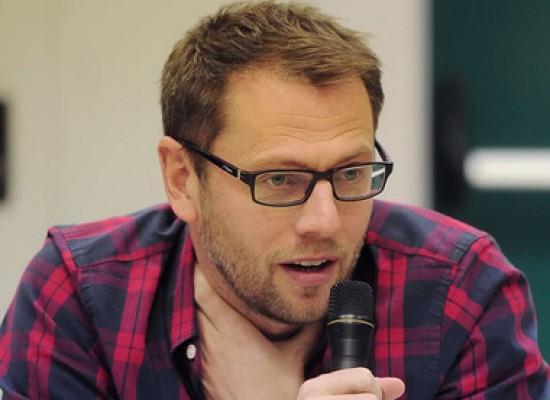 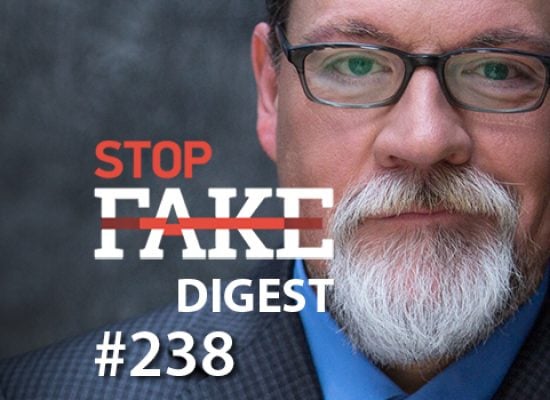 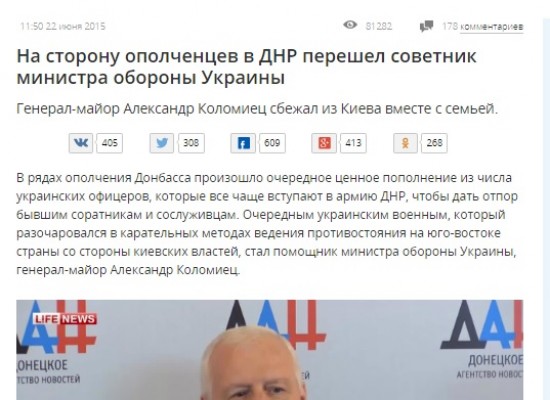 Lifenews Misinforms about “Desertion” of General 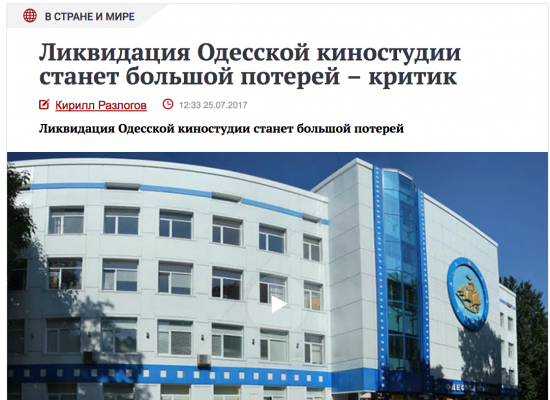 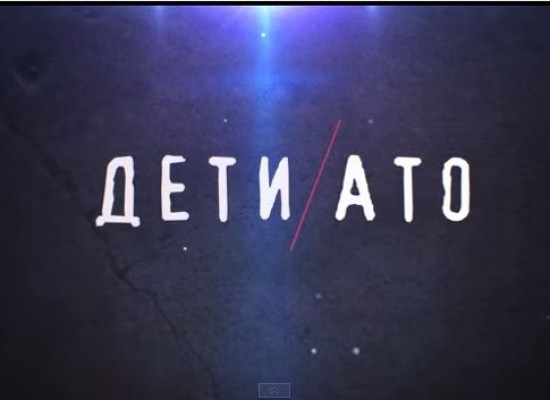