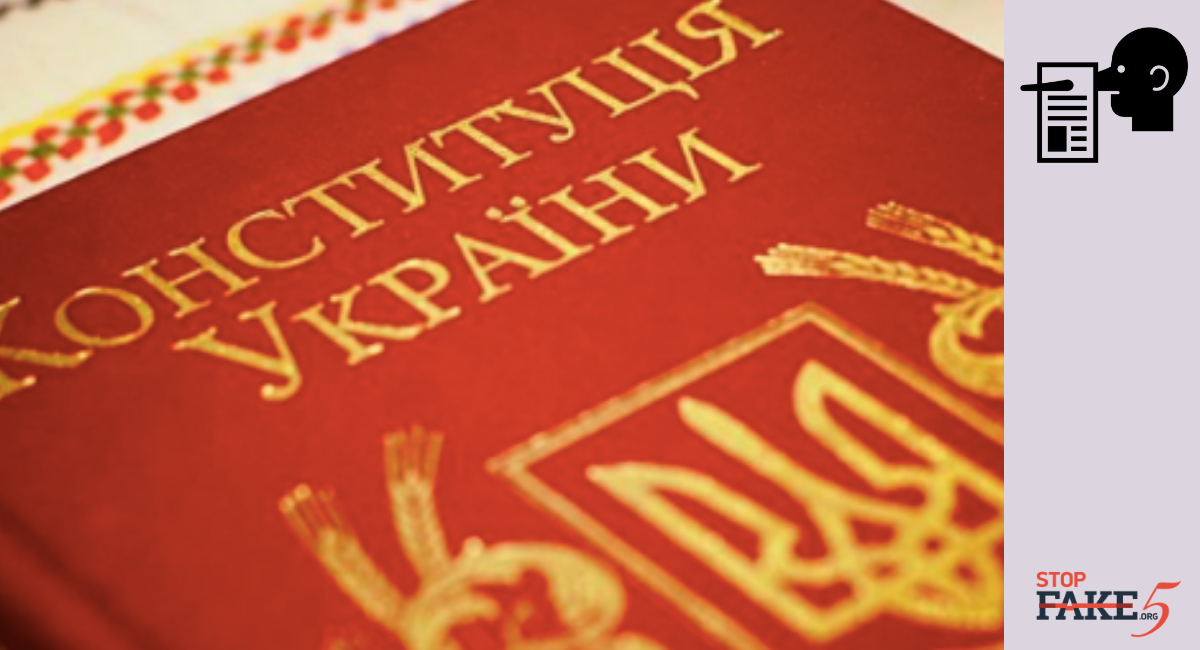 On April 25 the Ukrainian Parliament passed a new language law and Russian media went apoplectic with new doom and gloom predictions and condemnations.  The law violates Ukraine’s Constitution, they wailed, Russian speakers will be discriminated against and their rights will be violated, they warned, the pro-Kremlin publication Ukraina.ru even declared that the new law violates scores of international agreements and treaties that Ukraine was party to.

The president of the Russian Center for Systems Analysis, Rostylslav Ishchenko, wrote that the law “contradicts the special status of the Russian language” and violates the European Charter for Regional and Minority Languages, which the Ukrainian parliament had ratified.

Any legislation concerning language is a hot topic for the Russian propaganda machine, particularly if the legislation supports the Ukrainian language in any way. This latest language law simply makes use of Ukrainian mandatory in all official government and administration business. The country, after all is Ukraine and Ukrainian is its official state language.

By suggesting the new law violates the special status of the Russian language supposedly enshrined in the Constitution, Ishchenko is resorting to a fake, as Russian has never has a special status in Ukraine. He is most likely referring to a notorious language law enacted by parliament in 2012 aimed at expanding the use of regional languages.  This legislation, rushed through despite great criticism and protest, in fact returned Russian to the level of state language in some regions of Ukraine. Ukraine’s then president, the pro-Russian Viktor Yanukovych, signed the legislation into law. In 2018 Ukraine’s Constitutional Court ruled this law unconstitutional because it was pushed through violating a great many parliamentary procedural rules.

There is no law in Ukraine and no constitutional clause that grants Russian any special language status. Furthermore, article 10 of the Ukrainian Constitution grants special status to the Ukrainian language as the official state language. Article 11 of the Constitution meanwhile, guarantees the development and free functioning of indigenous and minority languages, be it Greek, Bulgarian or Russian.

Claiming that the new language law violates international treaties and charters is another example of distortion and fear mongering by the Russian media regarding the use of language in Ukraine. Ishchenko’s alleges that the new law is a violation of the European Charter for Regional and Minority Languages, another example of how Ukraine curtails national minority rights.

The chairman of Ukraine’s Parliamentary Committee on Culture Mykola Kniazhytsky says the new law does not curtail the rights of national minorities at all; minorities have the right to education, cultural initiatives, and publishing in their native language. “No one is prohibiting minorities from hosting cultural events, having their own newspapers, TV programs in their own language – this is absolutely normal,” Kniazhytsky said.

The new law does not regulate personal communication or religious ceremonies. Kniazhytsky also emphasized that there is no criminal liability if certain articles of the law are violated.