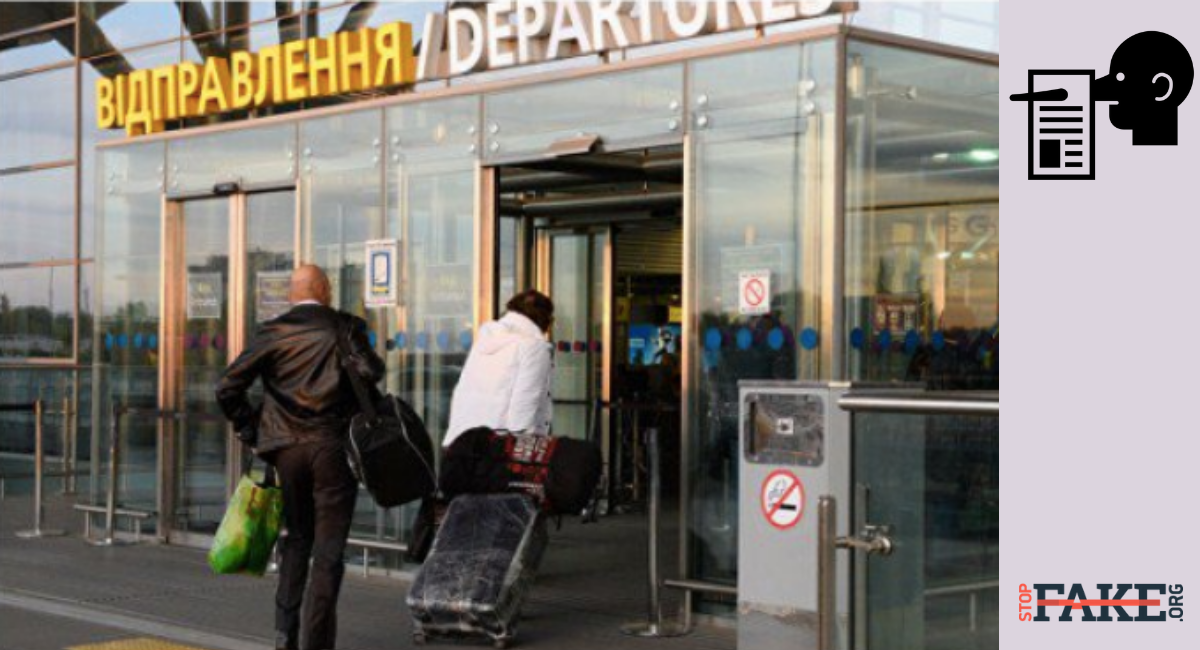 Ukraina.ru claims that foreign border guards are questioning Ukrainians about their trips to Europe and looking for violations of EU visa rules. If these rules are violated, Ukrainians are pulled from the flight. Ukrainian officials have no say in the work of the foreign personnel, Ukraina.ru claims.

The publication Strana.ua cites a Facebook post by a Dmytriy Zhyvylo who claims that during boarding of a Warsaw flight at Kyiv’s Boryspil airport, travelers are checked not only by Ukrainian border guards but also by Polish and Italian ones. Strana and others explain that European border guards don’t trust their Ukrainian colleagues and have decided to check the quality of their work in person.

European Union Advisory Mission (EUAM) Head of Public Information and Senior Spokesperson Ronan Goggin told StopFake that currently Ukraine and the EU are working to harmonize border control, customs and trade standards and procedures with those in EU member states. While the EU provides Ukraine with expert assistance, EU representatives are never involved in the direct implementation of border functions in airports.

European border guards, including those from FRONTEX, the European border and coast guard agency offer expert assistance when other countries request it, but under no circumstances are they going to check passports, however, EU and Ukrainian border guards can conduct common operations to combat cross-border crime. This is perfectly natural and Ukraine has a common border with the EU, Goggin pointed out.