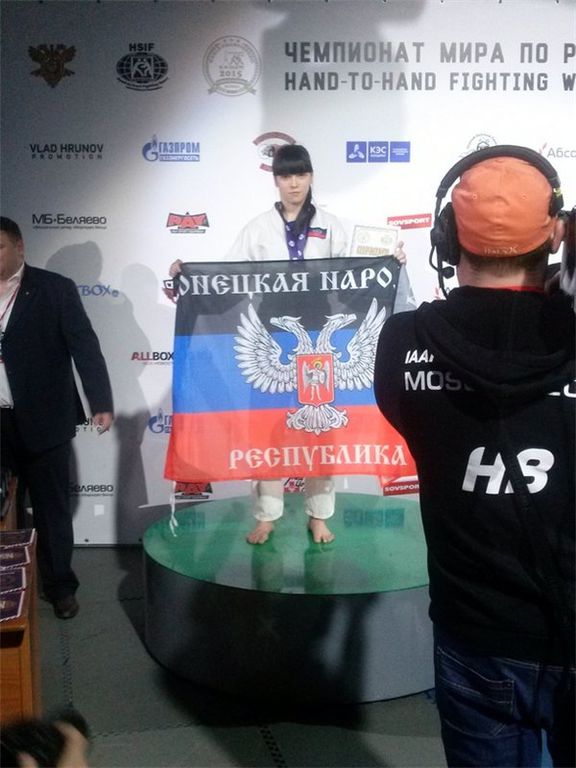 The reports claim that Olesia Honcharenko attended the awards ceremony of the World Hand-to-Hand championships in Moscow recently wearing the flag of the self-proclaimed Donetsk People’s Republic.

There is also a video:

However, the news is fake. The Ukrainian national hand-to-hand fight team did not participate in the world championship in Moscow.

Radchenko added that he doesn’t know Honcharenko and that she had not been delegated officially to those competitions.

“Only we could delegate her officially. We are the official Federation with national status and we have the right to develop hand-to-hand fights in Ukraine. We do not work with that federation. So this can either be an individual action or a provocation. It’s difficult to tell. We have nothing to do with her participation in that championship.”