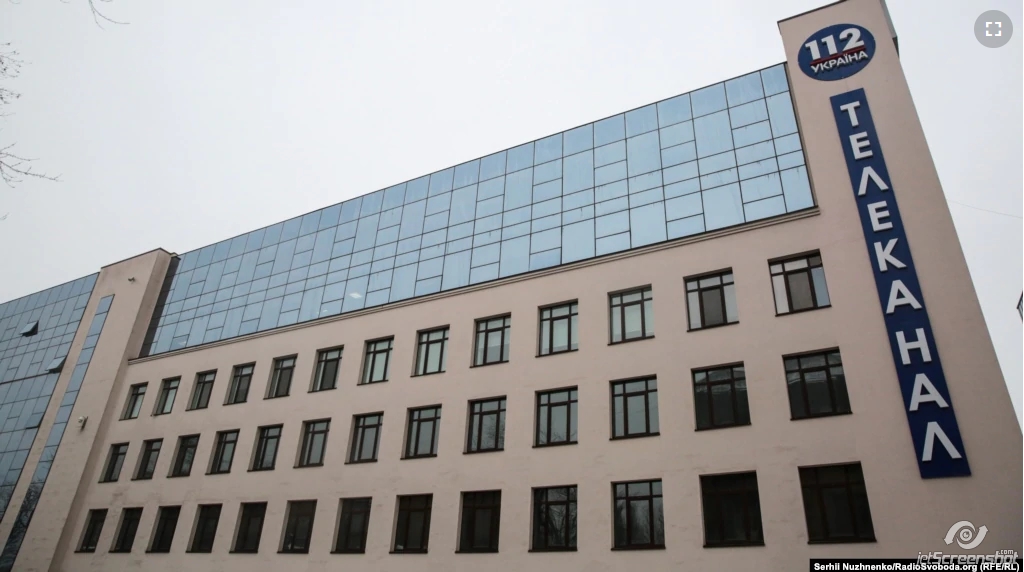 Kozak, a member of Ukraine’s pro-Russian Opposition Platform For Life party (OPZZh), is closely allied with oligarch and fellow OPZZh deputy Viktor Medvedchuk, who is a personal friend of Russian President Vladimir Putin.

The decision to sanction Kozak was taken mainly due to the discovery that he has financial ties to the self-proclaimed Donetsk and Luhansk “People’s Republics,” Russia’s proxy states in eastern Ukraine, where casualty counts continue to rise in an ongoing war incited by Moscow. In addition, some of Kozak’s television channels helped finance a corporation in Rostov-na-Donu, Russia, that traded in coal produced in the occupied areas of Ukraine.

The sanctions, initially set to last for five years, restrict Kozak from various financial transactions and flights within Ukraine. But their biggest impact is on Kozak’s media holdings. He owns three major TV channels in Ukraine — 112 Ukraine, Zik, and Newsone.

“Ukraine strongly supports freedom of speech, but not propaganda financed by the aggressor against our country,” Zelensky said in a statement posted to his office’s Facebook page.

The U.S. Embassy in Kyiv voiced its support for the move, tweeting:

“The US supports (Ukraine’s) efforts yesterday to counter Russia’s malign influence, in line with (Ukrainian) law, in defense of its sovereignty & territorial integrity. We must all work together to prevent disinformation from being deployed as a weapon in an info war against sovereign states.”

“We consider the deprivation of three Ukrainian media outlets with a solid audience by the decree of the head of state as a flagrant example of political censorship and unfair competition, contrary to the laws of Ukraine and Kyiv’s international obligations to protect freedom of speech,” she said.

Zakharova’s claim is a misleading oversimplification, particularly given Russia’s own reputation for censorship, attacks on journalists and political repression.

Censorship in wartime is a common practice, and Ukraine is de facto at war with Russia, which has occupied the Crimean peninsula and helped set up military regimes in the two Eastern states. The fighting in eastern Ukraine’s Donbas region has claimed more than 13,000 lives and displaced nearly 2 million people.

Since the ban, a group of Ukrainian civil groups, including those related to media and press freedom, released a joint statement supporting the president’s action.

“We, the representatives of Ukrainian civil society and expert community countering disinformation, insist that sanctions imposed on Taras Kozak, legal owner of TV-channels 112, ZIK and Newsone, and legal entities linked to him by the decree of President Volodymyr Zelensky on February 2, 2021 to implement the decision of the National Security and Defense Council of Ukraine, do not constitute an attack on the freedom of speech,” the statement read.

“These channels constitute tools of foreign influence operations, and therefore a systemic threat to information security of Ukraine for the following reasons.”

The statement cited allegations that Russia has funded the channels, and that they have consistently spread disinformation in support of Russia’s goals in the country, including support for proxy forces in Donbas. It also cited the stations’ lack of adherence to common journalistic ethics or standards.

The statement also noted that when Kozak took over ownership of the channel Zik in 2019, the tenor of coverage turned decidedly anti-Ukraine and many journalists and employees were purged.

In July 2019, a report by the Commission on Journalism Ethics, Human Rights Platform, the Ukrainian Media and Communications Institute, and the Stopfake fact-checking site, found that Kozak’s 112 Ukraine and Newsone, among other channels, consistently promoted pro-Russian narratives, without presenting alternative views.

Both Newsone and 112 Ukraine have long been accused of disseminating false information. Recently, a Newsone story grossly distorted the words of Ukraine’s first president, Leonid Kravchuk, to make it seem as though Ukraine would officially recognize the Russian-led proxy states in Donbas as sovereign.

In 2018, both 112 and Newsone falsely claimed that raises for Ukraine’s military personnel were going to be delayed.

Even in countries at peace, lack of objectivity can be grounds for a network losing their license to broadcast.

Russian state-owned network RT (Russia Today) has racked up an impressive number of sanctions from Ofcom, mostly for lack of “due impartiality” in covering news events, particularly those related to Russian foreign policy.

Disinformation, spread largely by Russian and pro-Russian Ukrainian TV media outlets, played a crucial role in enabling Russia’s annexation of Crimea and launch of the war in Donbas.

These media outlets, backed by paid-trolls on social media, spread narratives that 2014’s Maidan Revolution was a “coup” led by “fascists” who planned to commit genocide against the Russian or Russian-speaking population (the latter particularly absurd, given how many Ukrainians speak Russian).

One of the most infamous examples of fabricated propaganda was the claim that Ukrainian forces killed a woman and crucified her young son after retaking the town of Slovyansk from Russian-led forces in the summer of 2014.

Seven years later, such fabrications continue to appear. In late November 2020, the Ukrainian TV channel Nash (Ours), owned by another pro-Russian Rada deputy, promoted the false story of a woman who claimed she saw a Ukrainian air force pilot “laughing” as he bombed civilians in Donbas.

Pro-Russian narratives routinely portray post-Maidan Ukraine as a “failed state” controlled by “fascists” or a colony of the United States or the European Union, and claim that the country was better off when aligned with Russia.

As for freedom of speech and the press in Russia, Zakharova’s comments came just after Russian authorities arrested thousands across the country for demonstrating for the release of dissident Alexey Navalny, who was arrested after returning to Russia from Germany in January.

On February 3, a court sentenced Russian journalist Sergey Smirnov to 25 days in jail for a joking tweet that purportedly tied him to Navalny.