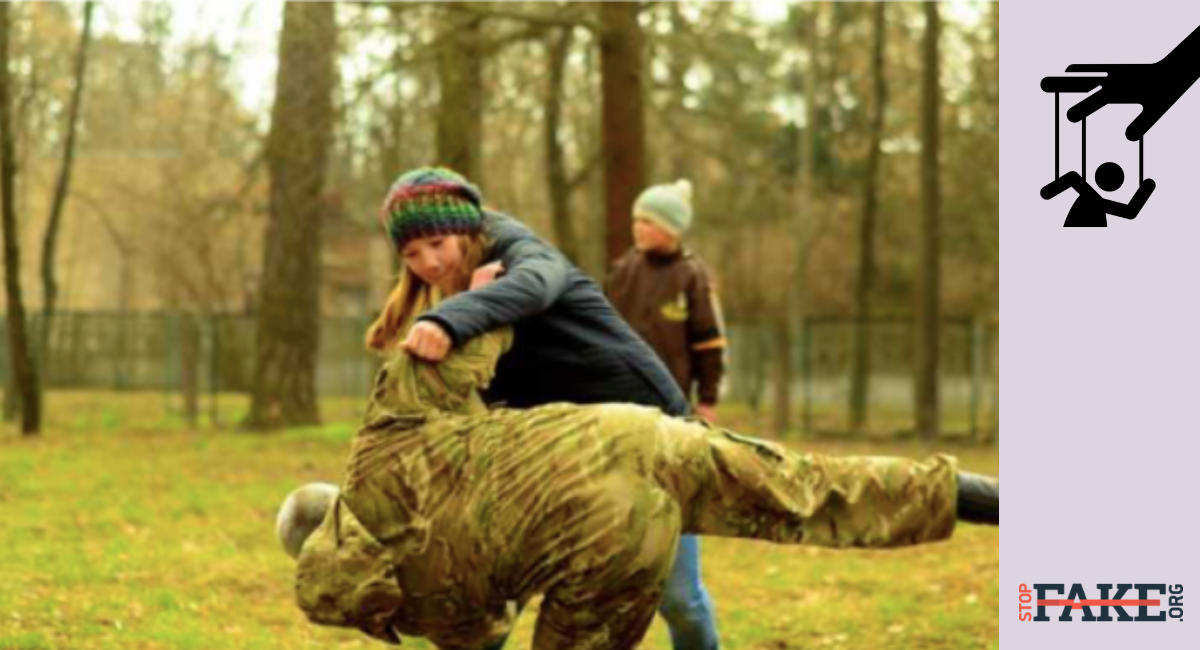 Scores of Russian online media aimed to scare their readers last week with headlines such as Barracks for children, western media see Ukrainian Nazism, and Hundreds of thousands of Ukrainian children schooled in hate and war. These manipulative stories about Ukrainian scout style summer camps claim that hundreds of thousands of children are being prepared for war and taught to shoot guns. The Russian articles are based on an October 30 story in the Spanish online publication El Confidencial entitled Children of steel: a journey to a camp where minors are militarized. The story seemingly describes a day in the Leader children’s camp in Pushcha Vodytsia, south of the capital Kyiv.

The article’s author Ethel Bonet writes that the camp operates almost in secret, it has no web site but advertises on Facebook and attracts campers by word of mouth. The camp has an official Instagram site Lider.in.ua which features information about the camp as well as contacts.

StopFake contacted the camp’s director Ivan Hranatkin in order to check the El Confidencial’s claims as well as the Russian interpretations of those claims.

Ethel Bonet writes that children in the Leader camp undergo “Spartan military preparation”. Hranatkin explained that campers train for 3-4 hours daily; the training is a mixture of sports and boot camp exercises.

The Spanish journalist was with us for just an hour, she wasn’t interested in our purpose, didn’t ask to see our statutes, got my height wrong, overall wrote a lot of nonsense and focused on my tattoos” Hranatkin said.

Bonet’s story and its Russian versions claim that campers shoot guns and train hundreds of thousands of kids. Hranatkin explained that the camp only has Soviet era air guns and each camp session accepts 200 children, for a total of some 800-1000 children per summer season.

Hranatkin said that what El Confidencial refers to as military training are simply self-defense classes. As for the claim that such training ignores educational criteria and standards, the camp’s website explains that the boot camp training is based on the National Patriotic Education of Youth and Children program, approved by Ukraine’s Education Ministry in 2015.

The Spanish article also claims that children in the camp use a raised hand Nazi salute as a greeting, a complete fake says Hranatkin. “Our attitude towards Nazism is completely negative, such salutes are not allowed in our camp and we teach our campers to never make such gestures. The journalist perhaps misinterpreted the fist over the heart gesture during the singing of the Ukrainian national anthem” Hranatkin.

This is not the first of such articles in El Confidencial. In previous publications about the war in Ukraine the publication never mentions Russian aggression and occupation, but focuses on “children being taught to use military equipment for war against Russian separatists”. But even such one-sided writing does not claim that hundreds of children are taught hatred, as pro-Kremlin media freely do.