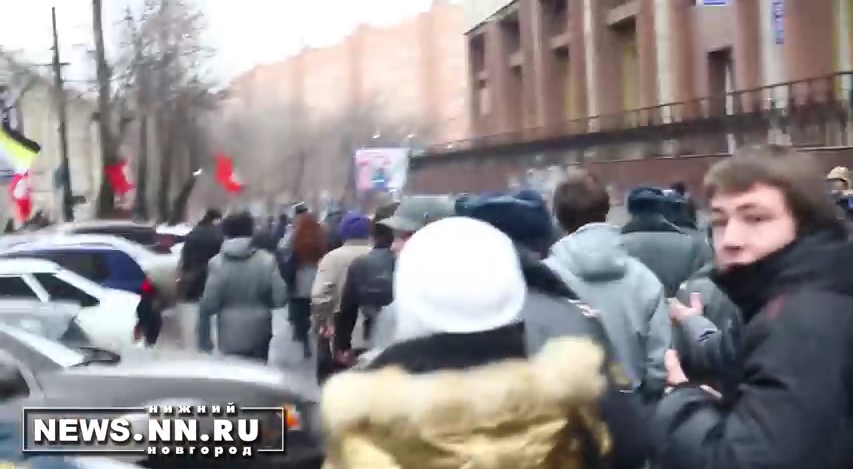 Different fake videos, which allegedly show inhabitants of Nizhny Novgorod revolting against the Putin regime in this December, are being spread around social networks.

For example, “Inhabitants of Nizhny Novgorod call to execute Putin and Kremlin invaders. 12.10.14” with a following description: “The Maidan of Nizhny Novgorod. People went to protest after the death of the peaceful militia men in Chechnya on December 4. At present moment the Kremlin of Nizhny Novgorod is under siege. Activists are shouting slogans: “Putin, skis, Magadan”, “Putin will be executed”, “Freedom to political prisoners”, “Down with the police state”, “Death to Usurper Putin”, “Putler will be impaled”, “Russia will be free” etc.”

However, this video was filmed on November 4, 2012 during “The March of the Regions”. Here is the original:

And in the video entitled “The Meeting against Putin in Nizhny Novgorod. 12.08.2014” you can spot a poster with a slogan “We are in favour of free elections”.

Here all indications are that this video was filmed on December 10, 2011 during the protest against falsification of the results of elections for the State Duma. There are many videos, which were filmed that day, uploaded to the Network. For example: