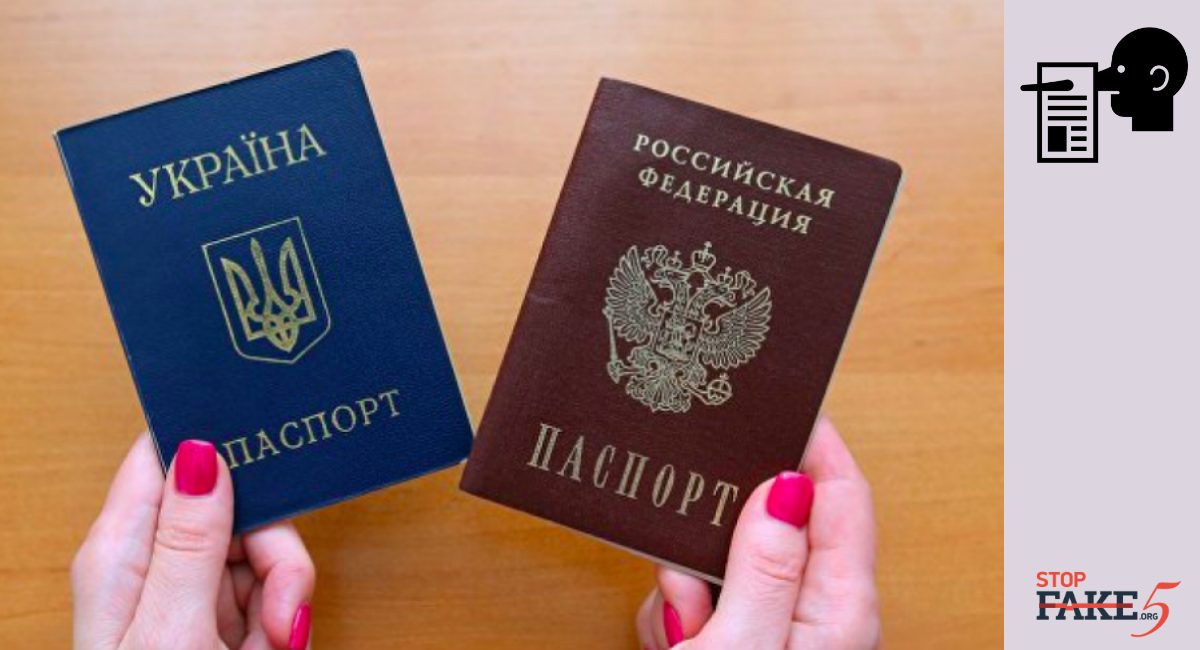 On June 4 the Ukrainian parliamentary website noted that a bill was introduced by MP Oleh Musiy to amend existing laws regarding the confiscation of property. The bill has not yet been considered by the parliament. At this point it is unclear whether this bill will even be voted on, as it is unclear whether the president would sign it into law, and to claim that confiscation of property from Donbas residents is a done deal is to engage in manipulation and distortion of facts.

The draft bill deals exclusively with those Ukrainians who live in the occupied territories in eastern Donbas and who voluntarily and officially have renounced their Ukrainian citizenship and taken Russian citizenship. Musiy suggests that Ukraine’s security services should track such individuals and those Ukrainians who obtained Russian passports forcibly and should not be made to suffer. He says his bill provides a framework for dealing with such cases, and specific mechanisms should be worked out by the Cabinet of Ministers. 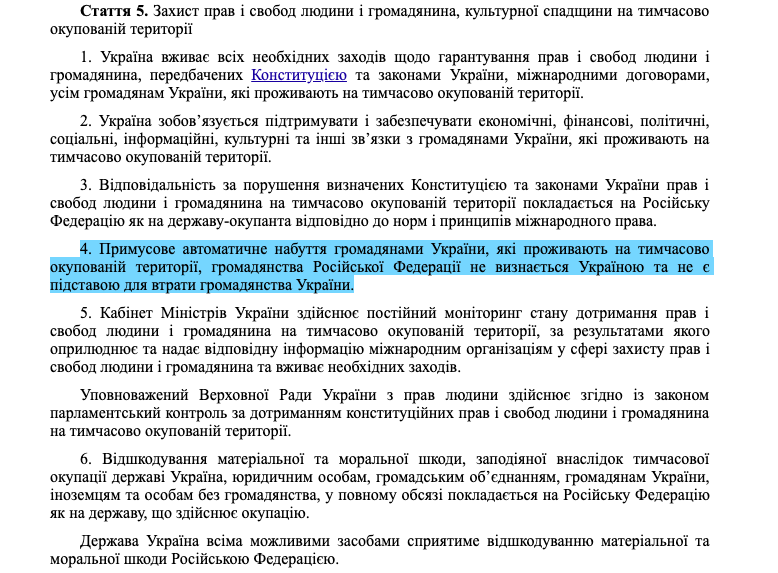 In an interview with Hromadske Radio Musiy said he proposed the law as an answer to Russian President Vladimir Putin’s decree granting Donbas residents the possibility of receiving Russian citizenship through a simplified process. He  cites Abkhazia and South Ossetia as examples. Moscow freely gave out Russian passports to people living in these areas and then came to “liberate” them in 2008 by annexing the regions from Georgia.  Musiy believes this law will deter Ukrainians living in the occupied territories from taking Russian citizenship.

“People must understand their responsibility to Ukraine when they renounce their citizenship and get a passport from another country,” Musiy said.

Ukrainian law forbids dual citizenship, and those who chose to take other citizenship risk losing their Ukrainian one. Since the annexation of Crimea and the occupation of eastern Ukraine, Ukraine has adopted a number of laws to protect Ukrainians living in those areas.

One of those laws states that Ukraine does not recognize Russian citizenship imposed by the Kremlin in the occupied territories, therefore Ukrainians living under Russian occupation are not to be deprived of their Ukrainian citizenship.