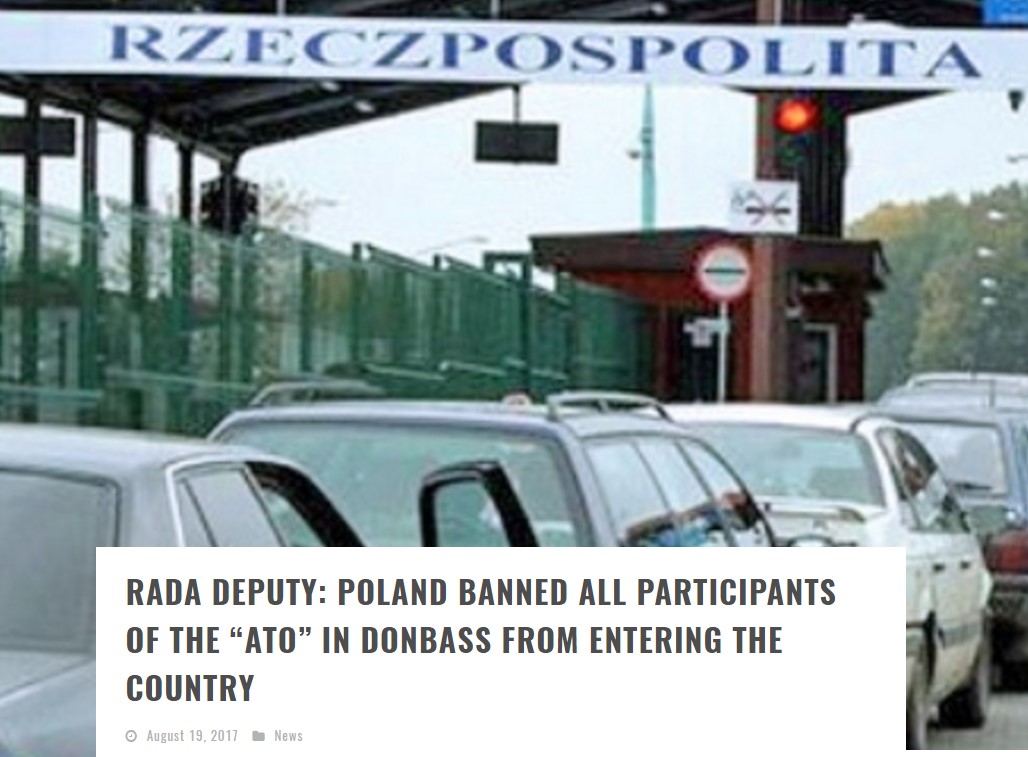 Two months ago StopFake debunked a fake claim that Poland would not allow entry to Ukrainian veterans who fought against Russian forces in the Donbas.

Using a forged tweet attributed to Polish Undersecretary of State Renata Szczęch, Korrespondent.net claimed that as of June 11, Ukrainian veterans would not be allowed to enter Poland. A Polish Foreign Ministry spokeswoman told StopFake that the tweet was a fake and Poland was not introducing any such restrictions on Ukrainian veterans. She also pointed out that the fake was published around the time when the EU visa free regime for Ukrainians was going into effect and was most likely meant to sow uncertainly and confusion about the new EU rules.

Two months later the fake has returned from the dead. The source of this fake’s resurrection is notorious Ukraine loathing MP Vadim Rabinovich, who repeated this untruth during an interview with the pro-Russian channel 24/365 and somehow managed to connect it to the Ukrainian Insurgent Army. Rabinovich claims that by recognizing the Ukrainian Insurgent Army, a Ukrainian guerilla movement that fought against both the German and Soviet occupation regimes, Ukraine has made an enemy out of a most trusted European friend.

Rabinovich is a member of the pro-Russian Opposition Bloc in the Ukrainian parliament, a group largely made up of former members of ousted President Viktor Yanukovych’s discredited Party of Regions.