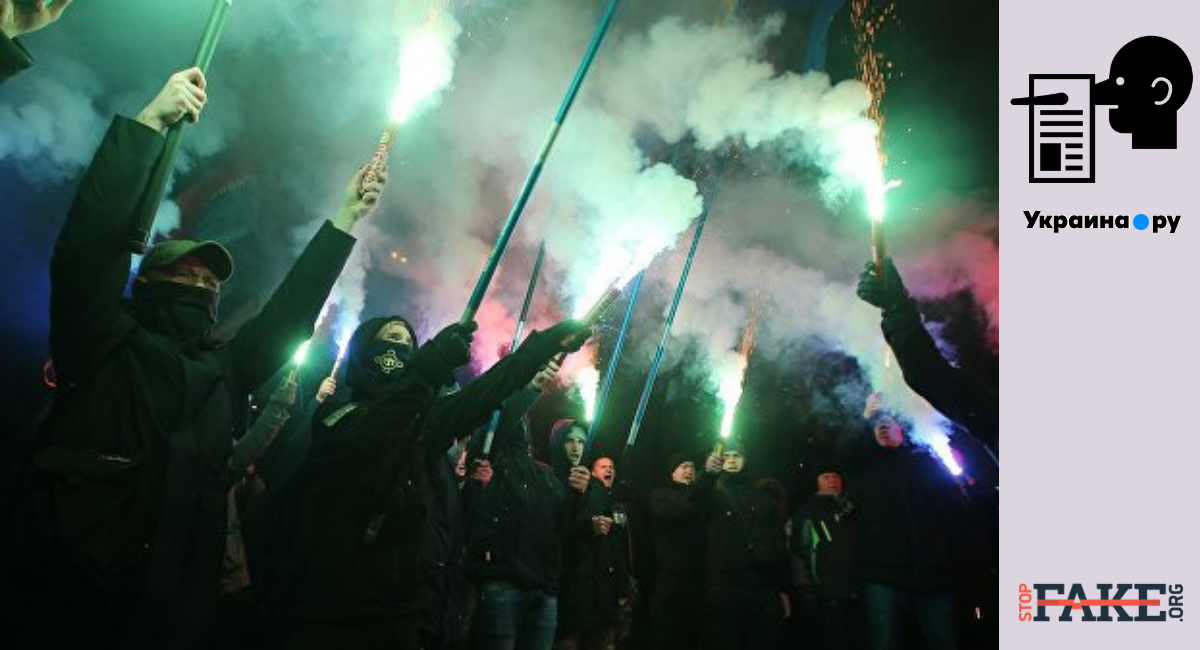 Legislation on the use of the Ukrainian language and resolutions or programs aimed at strengthening the use of Ukrainian are fertile fodder for the Russian propaganda machine. After centuries of state enforced Russification and official policy, during Czarist and Communist rule aimed at imposing Russian as the main language in Ukraine, the country is attempting to strengthen the position of Ukrainian as the state language through legislation. Each such attempt however, is greeted with howls of protests from Moscow, and accusations that Kyiv is violating the rights of national minorities and discriminating against the Russian language.

Ukraine’s new language law which is being currently discussed and tweaked by Ukraine’s legislators is no exception. The Kremlin fawning publication Ukraina.ru has outdone itself this time, declaring that Ukrainian MPs have voted to create language inspectors – the sprechen führers – Ukraina.ru calls them, who will monitor what language people speak and punish them accordingly. 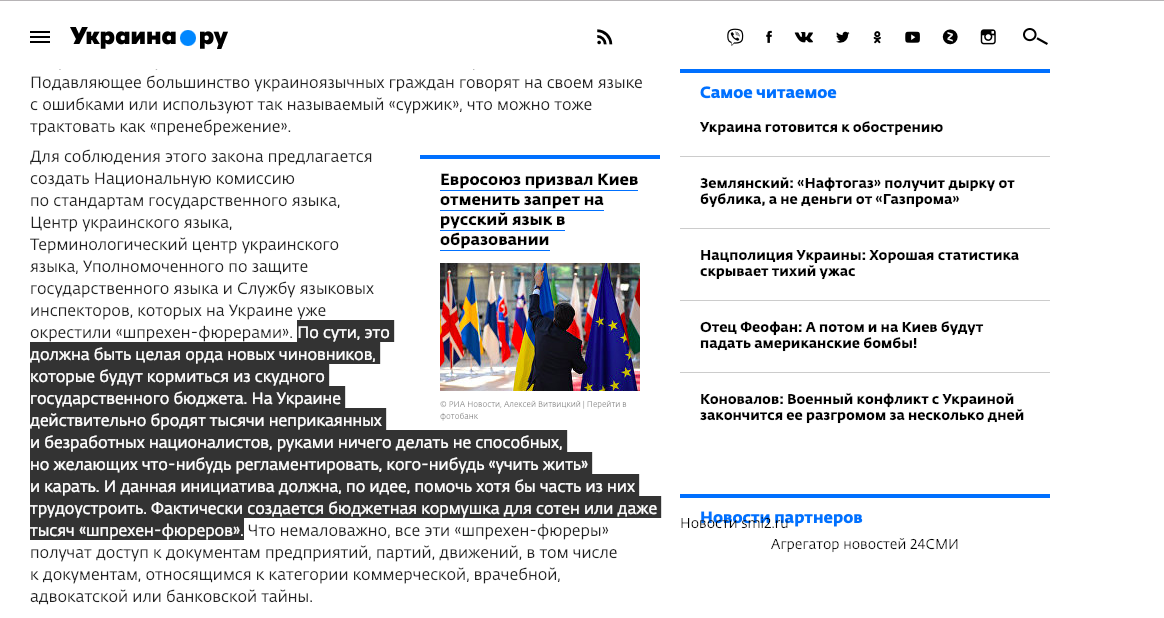 “Essentially a new horde of officials will be feeding off the already meager Ukrainian state budget. Thousands of restless and unemployed nationalists are roaming the country, unable to do anything with their hands but wanting to punish someone and this initiative, should in theory, help at least some of them find employment. In fact a budget earmark is being created for hundreds or thousands of Ukrainian sprechen führers,” writes Ukraina.ru.

The claim is of course ridiculous and has absolutely no basis in reality.

The fake story refers to draft law 5670 on safeguarding the functionality of Ukrainian as the state language which was adopted in the first reading in October 2018. The law makes no mention of any language monitors or inspectors, whatever references of this nature may have been initially introduced, were edited out even before the first reading was voted on.

According to Mykola Knyazhycky,  the chairman of the committee that drafted the law, this proposed legislation envisions the creation of a commissioner for the protection of the Ukrainian language, an office to which those who feel their rights as Ukrainian speakers are violated can appeal to.

Ukraina.ru also completely lies about the aspect of the bill that pertains to printed materials, claiming that publication of books in languages other than Ukrainian will be forbidden. The proposed bill states that all publishers must publish at least 50 percent of their output in Ukrainian. Publications in other languages are not banned.

Ukraina.ru concludes that the new bill infringes on the rights of national minorities. This is an oft-repeated Russian propaganda mantra that StopFake has addressed and debunked many times. The new legislation in fact does not address minority languages in any way.

Presently the bill has been finalized in committee and is ready for a second reading. Once the changes included in the second reading are approved by parliament, the bill will be voted into law.